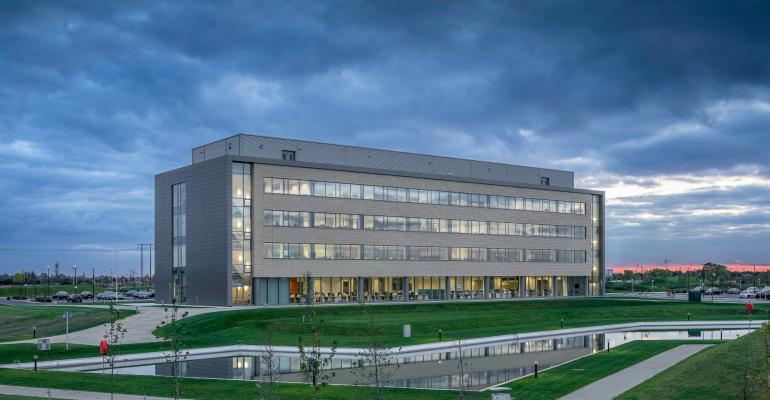 Kerry Group has inaugurated its new €20 million production facility in Tumkur, India. The new facility is 40,500 m2 in size, located 120km from Bangalore, and has created 150 new jobs, with a further 150 to be added when at full capacity. It will serve Kerry Taste & Nutrition’s global and regional customers across the South West Asia region, with a specific focus to grow in the retail and foodservice markets. As Kerry’s fourth investment in India, the new facility reflects the company’s vote of confidence in India and its commitment to growing research and business across the South West Asia region.
Read more at Kerry

More than just a cup of Joe

UK-based start-up, UpCircle, turns coffee waste into ethical skincare products. Driven by a view to create a circular food economy and combat the half-ton coffee ground waste that the UK produces each year, the founding siblings have supported their skincare range with research about the antioxidant properties found in used coffee grounds. Their cosmetic range is now retailing in large retailers including Boots, Waitrose, Whole Foods and Planet Organic.
Read more at Forbes

Givaudan has opened its new US$120 million flagship innovation centre in Zurich. The centre is the company’s largest research investment to date, designed to leverage its broad expertise and expand on close collaborations with customers, partners and start-ups. According to Givaudan CEO, the Zurich Innovation Centre will act as a key enabler to deliver breakthrough science and technology solutions for its customers while tackling the industry’s most pressing challenges.
Read more at Givaudan

Consumers do care about sustainability

The vegan market is growing, but so is meat

Although the market for alternative meat is growing (predicted to be worth $140 billion over the next 10 years), global meat consumption is also increasing, with China and Brazil at the forefront. While certain nations have upped their vegetarian and vegan offerings, and companies have incentivised their employees to choose meat, critics still argue the nutritional value of meat. The average amount of meat consumed per person has almost doubled in the past 50 years.
Read more at CNBC