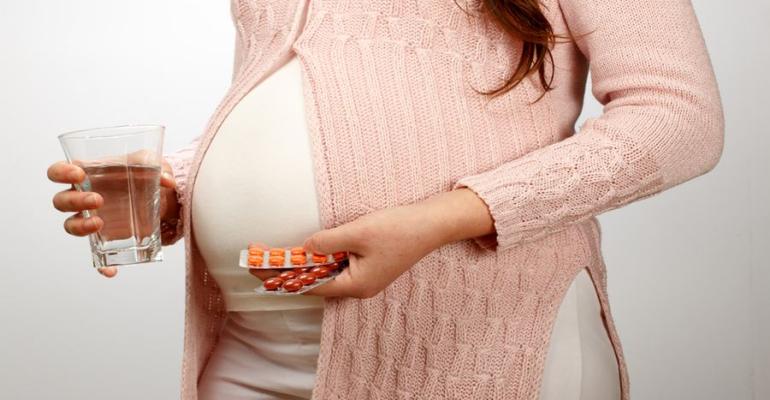 DSM Nutritional Products unveiled the results of a new survey into maternal supplement usage behaviour in pregnant women and new mothers with children up to two years old.

DSM Nutritional Products unveiled the results of a new survey into maternal supplement usage behaviour in pregnant women and new mothers with children up to two years old at Vitafoods Europe 2017. The findings from 1,216 respondents across Europe revealed supplement intake peaked during pregnancy and very early motherhood, with 87 percent of respondents reporting consumption of vitamin supplements or fortified products while pregnant and 75 percent purchasing in the first six months post-partum.

The survey asked participants about usage rates of essential micronutrients such as vitamins A, D and E, before, during and after pregnancy. The results show products featuring vitamin D were most popular, with 78 percent of those questioned taking a supplement or fortified product featuring the ‘sunshine vitamin’.

Primary drivers for supplement usage were found to vary across the surveyed countries. Traditional influences, such as recommendations from a doctor, continued to play a significant role in Spain and Poland. However, it is clear online media Is becoming an increasingly important source of influence for women, with the survey revealing a particular preference towards this platform in Germany, where ‘mums’ community websites are very popular.

The results also pinpoint consumer preferences over supplement formats, with women from all countries preferring capsules and tablets over other formats, such as dry powder milk. When surveyed on new supplement concepts, women were found to favour soft chews and emulsions—particularly in Spain, with emulsions valued for their uniqueness on the market.

Maria Pavlidou, Head of Communications Human Nutrition and Health EMEA at DSM Nutritional Products, said of the findings: ‘These results point towards an untapped demand for products developed specifically for pregnant women and new mothers. For example, fortified foods for pregnant women were appealing but these are not currently available on the EMEA market. This represents a potential opportunity for manufacturers.’

You can find the results of the survey in an infographic below. 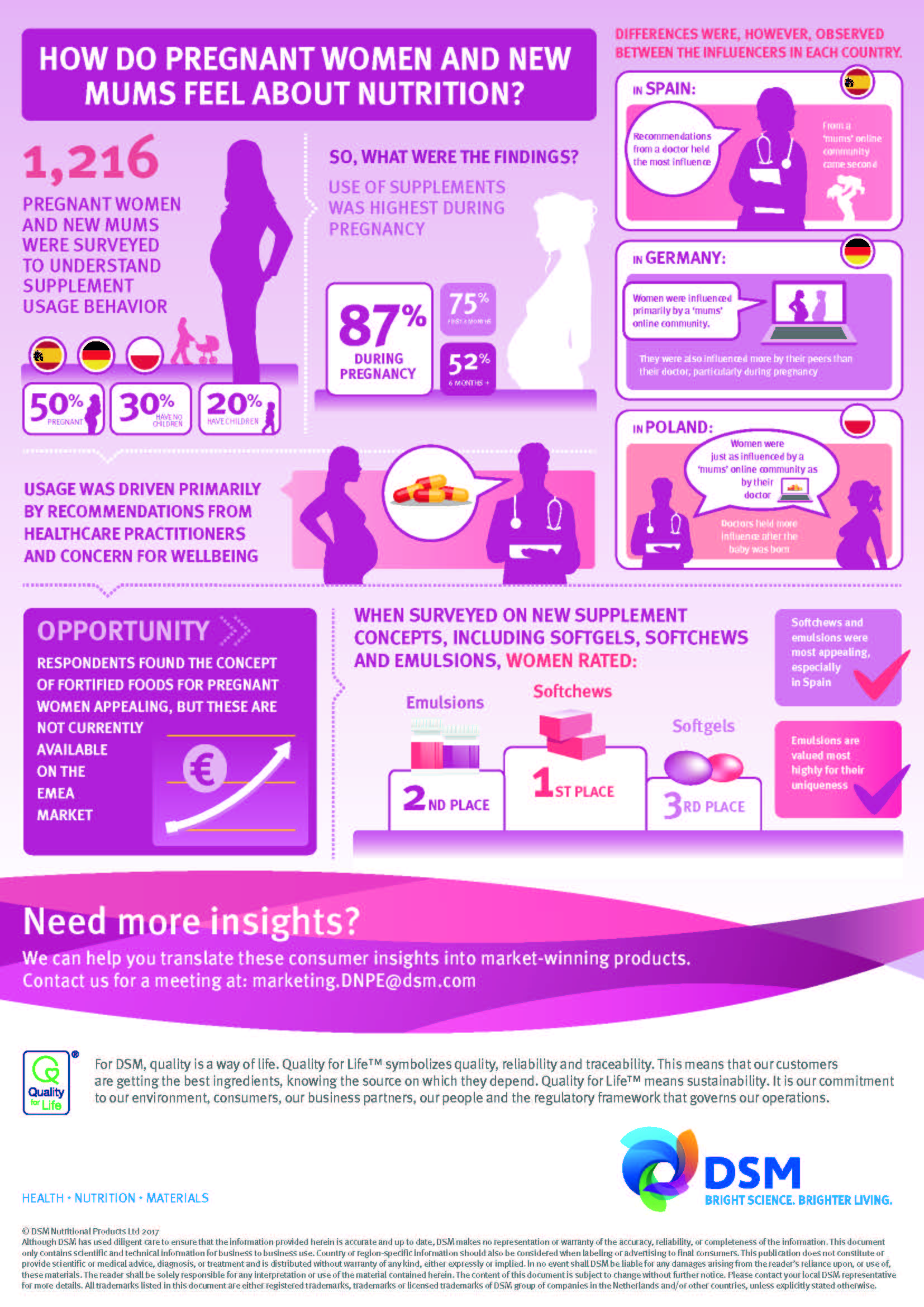