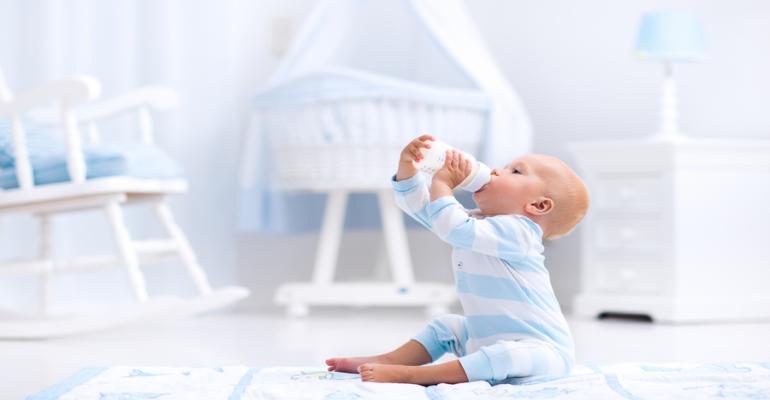 Early infant nutrition is crucial for the growth and wellbeing of the infant, as well as &lsquo;programming&rsquo; their health status in later life.

Early infant nutrition is crucial for the growth and wellbeing of the infant, as well as ‘programming’ their health status in later life. The term ‘programming’ refers to the phenomena in which the interaction of one’s genetic makeup and environmental exposures during early development could program later adult disease risk. This is because the infancy time frame is regarded as the ‘sensitive period’, whereby developmental and early environmental influences, such as early feeding experiences, can determine the biological set-points for body weight, appetite and food preferences. These can have profound long-term consequences.

Complementary feeding or weaning is the process whereby solid foods and other liquids, in addition to milk, are introduced to meet the growing infant’s nutritional requirements. Diet components such as energy and macronutrients are primary factors influencing childhood growth and development. They establish growth patterns linked to subsequent risk of non-communicable disease development in later adult life.

The early introduction of excessive amounts of energy-dense, nutrient-poor foods – such as sugar-sweetened beverages, fast food, cakes and biscuits – is a suspected risk factor for childhood obesity. For example, early introduction of sweetened drinks is related to higher risk of obesity in childhood while early exposure to salty food (in the first six months of life) is related to higher blood pressure in infancy and adolescence. Excessive calories can lead to rapid weight gain, with a potential risk of developing micronutrient deficiency due to the lower nutrient density of the foods. Moreover, these foods also influence the development of taste preferences, which can have long-term impact on food preferences and habits.

Feeding practices are critical to the development of a child’s eating habits and behaviours, which are firmly established by five years of age, and lay the foundation for adult eating habits. Feeding practices such as pressuring to eat or finish food, and coercion may compromise the development of intake self-regulation in infants and children, teaching them to eat past feelings of fullness or in response to emotional cues such as distress. Poor self-regulation in food intake has been linked with child and adult overweight and obesity.

There is pertinent need to educate mothers and caregivers on improving children’s diet quality and reducing early obesity risk through establishing healthy dietary habits and eating behaviours. Additionally, parents should be provided with practical guides to identifying hunger and satiety, so they can adopt responsive feeding, where ‘parents decide what and when to feed their infant, while their infant decides how much they want to eat’.

Early infant food exposure provides the foundation for cultural differences in a cuisine and culturally-determined taste and flavour preference is one of the most enduring characteristics of an ethnic group. By understanding the feeding beliefs, practices and challenges faced by parents and caregivers within the Chinese, Malay and Indian cultures – the main cultures dominating the Asian region – food companies will be better equipped to develop and market their products.