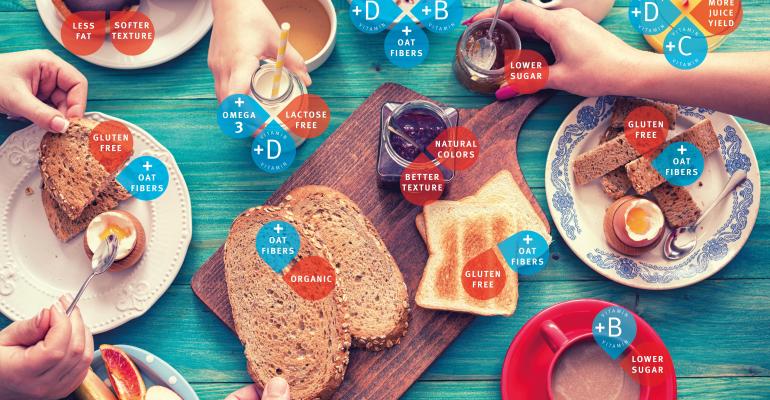 Consumers are more discerning than ever before, examining food and beverage labels for healthy ingredients and expecting on-the-go goods to still taste great. To be successful in the breakfast category, food and beverage manufacturers must pay attention to the varied purchasing behaviours of shoppers and create targeted breakfast products that meet distinct demands.

To better understand the opportunities for innovation in the breakfast category, DSM recently conducted a survey of 3,500 consumers between 18 and 64 years of age.[1] The report, which spans Germany, the Netherlands, Spain, France, Sweden, the UK and the US, aims to provide a comprehensive picture of breakfast trends across the world.

So, who eats breakfast?

Despite having increasingly busy lives, breakfast remains an important meal for many consumers worldwide. According to the survey, 85 percent of people eat breakfast daily. However, importantly, one in four consumers spend less than five minutes consuming it during the week. Interestingly, the UK is the country that values breakfast the least, with only 78 percent stating they consume it daily. This is in stark contrast to Spain, where 94 percent of people eat breakfast every day—the highest proportion of all the countries surveyed.

There has been a noticeable shift in the reasons behind consumers skipping breakfast. While traditionally, they might forgo the meal in the hopes of achieving weight loss, it is much more likely that individuals can simply no longer fit it into their daily schedules. With more people leading busy lives, convenience continues to be a key driver in breakfast purchasing behavior. According to DSM’s survey, 39 percent of people skip breakfast because they do not have the time, compared to only 8 percent who are trying to watch or lose weight.

Looking towards the weekend

Breakfast habits change depending on what day it is, the report shows. The number of people eating breakfast in less than five minutes drops significantly at the weekend – to just 14 percent - as they are less pressured than in the week and like to enjoy breakfast while unwinding and connecting with their families and friends. In addition, 18 percent of respondents say they eat breakfast at the weekend because it is enjoyable, consuming more luxury items, such as croissants and eggs.

Despite the burgeoning luxury breakfast market, consumers are keeping more of an eye on labels than ever before and are increasingly aware their health. 86 percent of consumers surveyed look first at the ingredients list on the packaging before making a decision to purchase. This is a recent development in the market; 59 percent of people are reading food labels more often than they were five years ago. This can be attributed to growing health concerns such as those around the high levels of sugar present in many foods and beverages. Now, more than half of consumers pay attention to the amount of sugar in their breakfast. However, sugary foods still have their place at the breakfast table; 58 percent of people in France and 46 percent of people in Spain prefer sweet foods in the morning.

The findings from DSM’s survey clearly show that health is also a key driver for many individuals and there is huge potential for the launch of more products with added vitamins and minerals into the breakfast space. Although consumers have less time to spend on breakfast, there are still expectations that it should be healthy. With 69 percent of consumers stating they prefer healthy to cheap foods, health is key to continued product innovation. In fact, more than half (57 percent) of respondents said that healthier options would stimulate them to try new products.

There is therefore an opportunity for manufacturers to tap into the trend for quick and healthy products for specific occasions, to replace more traditional meal options. Fortifying breakfast products is a convenient, cost-effective way to get a nutritional boost, and vitamins and minerals can be incorporated across a range of on-the-go applications, as well as into more traditional food and beverages enjoyed at home. Not only can fortification improve the nutritional profile of food and beverages, it can also make them more appealing to consumers. According to DSM’s research, 40 percent of respondents are interested in fortified breakfast products, while one in three people say they consume breakfast products with added vitamins and minerals.

Breakfast has changed significantly in recent years – both in terms of food and beverage types and where they are consumed. With such varied factors at play, it has become more important than ever to gain crucial insights into consumer buying behavior. Not only do breakfast preferences differ between countries, but also from one person to another. While cost, convenience and taste still feature highly in consumers’ priorities, health has seemingly become a key driver across all profiles and countries.

To develop successful food and beverage products, breakfast items must be specifically targeted to appeal to the discerning shopper. Fortification presents an ideal option for formulators seeking to improve the health properties while still attracting a broad customer base – ensuring that breakfast continues to remain the most important meal of the day for all.

Stay tuned for part two in our breakfast insights blog, which will highlight the varying breakfast consumption habits between countries and different consumer profiles across the world.

An Insight to Breakfast Habits Across Europe—podcast
Mar 01, 2018