Vitamin K2 at all Life Stages: 2 - Children and Teens 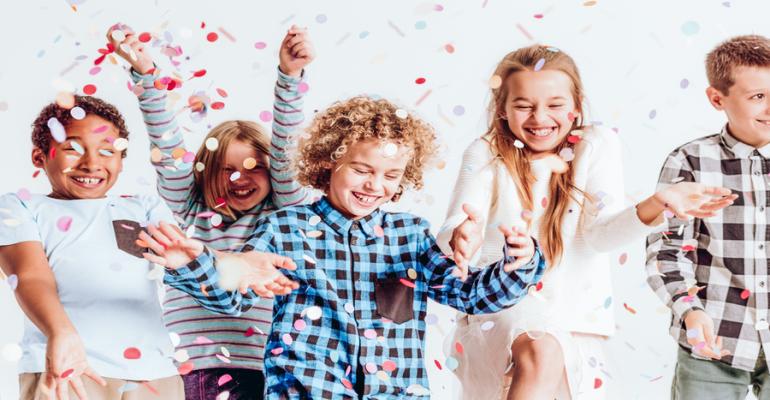 From conception to the retirement home, vitamin K2 MK-7 is vital for people in all stages of life.

From the early years to the autumn years, vitamin K2 MK-7 is vital for all people. The bone and heart health benefits of vitamin K2 create innovative commercial opportunities for product upgrade and extension—for virtually all consumer and market categories. This blog series explores some of these opportunities.

K2 activates osteocalcin proteins which incorporate calcium into bone, and activates matrix Gla proteins (MGP) which bind excess calcium to prevent deposit in, and hardening of, the arteries and circulatory system. K2 is essential for bone growth, and bones grow the most in childhood and teen years—especially during the adolescent ‘growth-spurt’ when teens gain full height and fill out in the chest, shoulders and hips.

Calcium, vitamins K2 and D3 represent The Bone Health Triangle®. All three are essential for healthy bone growth. Vitamin D3 absorbs calcium through the intestines into the bloodstream, and K2 activates the osteocalcin proteins that put calcium into bone. Without K2, calcium cannot do its job properly. There’s no argument calcium is vital during childhood and teen years when the skeleton is first forming. It’s axiomatic to advise, ‘drink your milk so you’ll have strong bones,’ but without adequate K2, children may not be getting the full benefit of calcium for their growing bodies. Vitamin K deficiency in children may be on the rise. A study comparing 4-year-olds born in 1946 and the 1990s showed a decrease in K intake.[1] Food diaries of 3 to 16-year-olds showed similar deficiencies, with levels too low to maintain healthy bones. [2, 3]  K2 supplementation can help. Daily intake of 45µg MK-7 among 6 to 10-year-olds (for eight weeks) increased activation of matrix Gla protein (MGP), another biomarker for K2 activity.[4] Also, the children with the greatest deficiencies responded the most to MK-7 supplementation.

It’s specifically important children get K2 MK-7 in addition to the more widely available vitamin K1 (which is included in most multivitamins). MK-7 gives the body a stronger vitamin K boost compared to K1[5] and specifically targets osteocalcin activation which is required for bone-building. K1 is commercially less expensive than K2, hence its widespread use in multivitamins, but K1 primarily facilitates blood coagulation and does not target osteocalcin activation. K2 is required for childhood bone development, is safe[6], and is non-toxic even at extremely high doses.[7] K2 may also play a role in a healthy smile by inhibiting tooth decay.[8]

Full height is reached during adolescence, and many teens experience a ‘growth spurt’—a concentrated period of bone development when teens grow vertically and begin to ‘fill-out’. Teens build a quarter of their peak bone mass during a two-year ‘spurt’ period[9], or put another way, teen bones grow 33 percent in just 2 years. Adults need at least 90 to 120μg K2 per day (and probably more) just to maintain healthy bones. A teen during the growth-spurt probably needs even more K2 as the body needs higher concentrations of nutrients during this period.[10] It’s likely many teens are K2 deficient, highlighting the importance of supplementation. It’s also interesting to note while childhood bone development is occurring, the skeleton is also replacing itself about every 7 years in a build-up/break-down process called resorption. By age 20, a person will be on their ‘third skeleton.’ K2 is working ‘double-duty’ in early life, both growing and replacing old bone at a high rate.

Children and ‘invincible’ adolescents may be more apt to break bones as they become more physically active. Skateboards and contact sports become prevalent at exactly the time when calcium intake and utilisation may be inadequate for bone development.[11] Low bone mass is a risk factor for fractures during childhood[12], and studies with at-risk children (aged 3 to 18) demonstrated that 50µg K2 plus D3 improved bone mineral density over 12 months.[13, 14] Children and teens might reduce fracture risk by supplementing K2, and parents might sleep a little easier.

Teen girls, in particular, can benefit from K2. Peak bone mass happens somewhere around age 20 then begins a natural and steady decline. This decline is more pronounced for women, especially after menopause. A high peak bone mass at the end of adolescence creates a higher baseline for when the natural decline in begins. In fact, a 10 percent increase in peak bone mass may reduce the risk of osteoporotic fracture risk later in life by 50 percent.[15] While future bone health might not be a top concern for the average teen girl, many are fortunate to have mothers, aunts and grandmothers who can steer them to healthy choices that will pay dividends later in life.