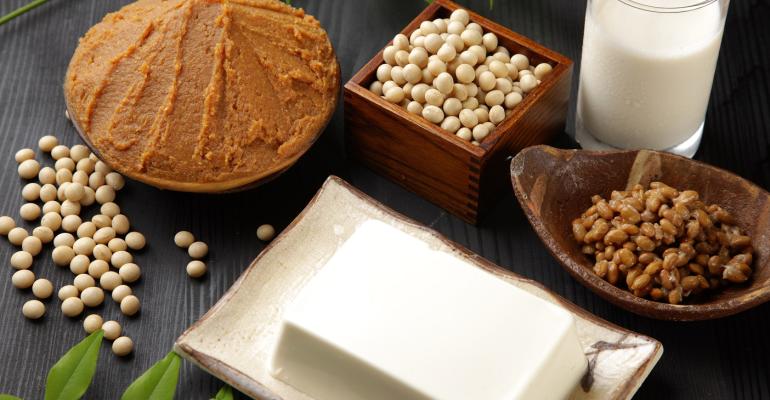 Seed-breeding specialist and start-up, Equinom Ltd., is on a mission to transform the soy industry from an idling commodity to a value-added 'breed-for-purpose' market. The company’s agroscience expertise and creative business model are reviving soy cultivation and commercialisation to deliver a portfolio of tastier, non-GMO soy with a higher nutritional profile.

According to a recent US Soybean Export Council report, since 1986, overall soy yield has increased by almost 60%. However, protein content has remained stagnant at about 35%. “In contrast, our bred soybean lines contain nearly 58% protein, which is 50% higher than the industry standard,” says Itay Dana, Marketing Director for Equinom. “Traditional breeding practices have focused mostly on high yield, but specialty traits are now the in-demand trend for food companies.”

Until now, non-GMO soy crops cultivated for ideal traits have been prone to yield inconsistencies and have exposed farmers to seasonal failures beyond their control. These problems have been further compounded by limitations in seed variety, agricultural know-how and technological resources to ensure crop performance. In addition, the lack of dialog among the consumers (food companies) and their suppliers (traders, farmers and seed companies) has impeded progress along the supply chain.

“Despite the buzz surrounding high functionality of non-GMO soy and other legumes, grains and seeds, non-GMO soy is still in its infancy, making up only 7% of the total soy market,” notes Dana.

An Innova Market Insights consumer survey showed that one in five US consumers “have eaten less meat over the past year.” Meat substitutes accounted for 14% of global meat launches in the first nine months of 2018, up from 6% in 2013.

Ensuring delicious flavour and appealing texture are two primary challenges in creating meat alternative products with soy protein. “There is a pronounced gap between customer-demanded organoleptic qualities that produce the tasty, appealing, nutritious meat-alternative products that are taking over the market, and the low-value varieties and qualities currently produced,” explains Sigal Meirovitch, PhD, Head of Protein Development for Equinom. “Consumers are seeking slaughter-free options but not at the expense of taste and texture."

The company’s proprietary algorithm and breeding techniques map out precise genomic crop characteristics to be rendered into highly desirable attributes. The system breeds for protein load, taste, texture and nutritional composition targeted to priority soy applications, including soymilk, tofu, fermented natto, miso and soy protein isolates. Crops are produced within a strictly non-GMO environment, with no gene editing or manipulation.

Equinom’s business model aims to bridge food ingredient companies and farmers in order to boost cultivation of 'better-for-you,' non-GMO soy. “We work directly with food and ingredient companies to capture their specific requirements, while demonstrating soy’s full potential and extensive flexibility, as proven in the line of soy seed germplasm that our company has generated from years of breeding,” says Dana.

Powered by plants: The latest in sports nutrition ingredients
Apr 08, 2019