Scaling up Foodomics to improve nutrition and sustainability 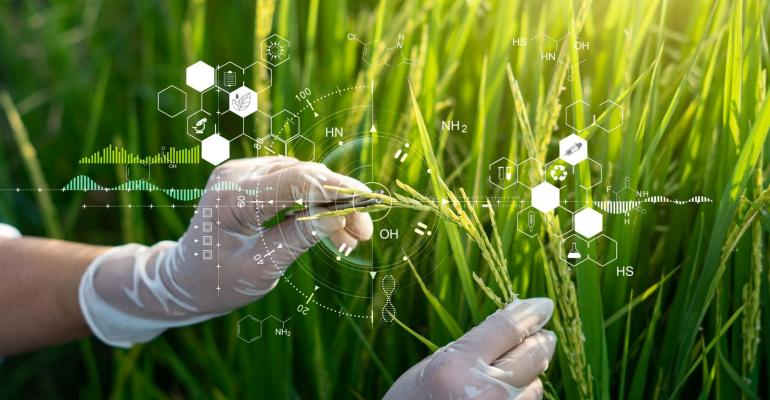 The nascent field of foodomics is set to drive "a knowledge revolution" that will transform how the industry approaches nutrition-related health.

Foodomics presents a promising path forward in the health and nutrition industry. However, key challenges remain, and initiatives such as the Periodic Table for Food will be key to scaling up this disruptive technology, according to researchers.

Foodomics refers to the application of omics technology to characterise and quantify biomolecules in food beneficial to health and harness them to improve wellbeing. This emerging field sits at the intersection of health, nutrition, agriculture, and science and has the potential to address some of the major nutrition and sustainability challenges that exist today.

Food industry players and policymakers can use the findings from foodomics programmes to inform evidence-based nutrition programmes, policies, and products, for instance – and the stakes are high.

Poor diets are responsible for one in five deaths globally – more than any other risk factor – and while poor diets vary in type, they tend to be characterised by a low intake of whole grains, fruits, nuts, seeds, and vegetables as well as an excess of sugars, saturated fats, calories, and highly processed foods.

However, there are still a number of technical obstacles preventing the scale-up of foodomics, according to researchers in a perspective article recently published in Frontiers in Nutrition.

The first is reproducibility and standardisation: laboratories, for instance, generally use different protocols for evaluating food biomolecules, and they focus on identifying and quantifying different sets of biomolecules, resulting in variation.

The second challenge is representation and quantification. The researchers write that there is an abundance of edible biodiversity on earth, with some estimates suggesting there are over 30,000 edible plant species. However, most food composition databases contain between 300 and 400 single-ingredient foods. What's more, of some 26,000 distinct and definable biochemicals known to scientific literature, most food composition databases highlight just 150 biomolecules – less than 1%.

"There are thousands of additional unknown compounds in food based on unidentified spectral data, which collectively with poorly studied identified compounds represent the dark matter of nutrition that may play a powerful role in health," researchers say.

The third challenge relates to accessibility and is driven mainly by cost. Highly sensitive regulatory assays used to populate many national food composition databases are cost-prohibitive for many stakeholders, particularly in developing economies.

Overcoming the obstacles: A Periodic Table of Food

The Periodic Table of Food Initiative (PFTI) – a global collaboration managed by the American Heart Association (AHA) and the Alliance of Bioversity and CIAT – aims to overcome these problems by developing and using low-cost mass spectrometry kits and cloud-based analytical tools as well as creating a quantitative and qualitative analysis public database of the most important foods around the world.

Co-author of the Frontiers in Nutrition article and senior advisor at the Alliance of Bioversity International and the International Center for Tropical Agriculture (CIAT), Maya Rajasekharan, said: Today, targeted analysis of a complete set of nutrients in food is an expensive undertaking, with costs as high as US$ 50,000 for regulatory assays. New analytical technologies can drive down the cost of analysis, the same way the cost of genomic analysis dropped with advanced technologies."

According to Rajasekharan, the Food Periodic Table will open up new research fields that link agriculture, nutrition and health:

"We are at a legacy moment for changing the history of food knowledge. However, without a globally coordinated approach, the potential of foodomics will be stalled. We call for global intersectoral collaboration through PTFI for long-term translational impacts for human and planetary health."

Despite the challenges, the article's authors maintain that foodomics is driving "a knowledge revolution" toward a comprehensive understanding of what is in our food, how this varies with production and processing, and how we can use this knowledge to improve nutrition and health.

Some findings are already being developed and commercialised. Scientists from UC Davis, for instance, recently used a data-driven foodomics approach to identify a unique anthocyanin in red cabbage. They founded a startup to commercialise the colour, a functionally equivalent natural food colouring that can replace synthetic blue food dye.

In another example, researchers used foodomics to identify an immunodominant peptide in gluten responsible for inflammation and subsequent symptoms in people with Coeliac disease.

Nutraceutical companies are also harnessing plants' bioactive. Brightseed is a San Francisco-based company, for instance, that uses a proprietary artificial intelligence-powered platform called Forager to analyse and map bioactive plant compounds that are beneficial for health. It has identified two million bioactive compounds so far. In addition to recently raising $68 million in series B funding, it has been busy partnering with food, supplement and healthcare companies.

Brightseed's co-founder and COO, Sofia Elizondo, told Vitafoods Insights recently: "The pharmaceutical industry knows that these small natural compounds are very powerful. Two-thirds of small molecule drugs are derived from them. Aspirin, Metformin for diabetes, Taxol for breast cancer - there's a lot of value in these small molecules, but the world doesn't know about them.

"And it's called the Dark Matter of the plant kingdom. And that's why we built Forager so that we can see them and then so that we can predict what they can do for health."

Click here to listen to the full interview with Elizondo.