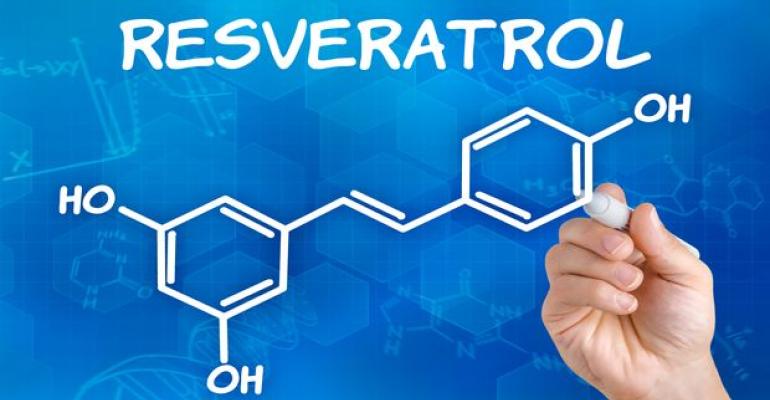 In recent years, scientific literature has accumulated supporting the use of resveratrol in nutritional supplements to sustain and support healthy ageing—including the management of arthritis, metabolic bone disease, and osteoporosis. The potential for resveratrol to help women live better as they age by playing a role in metabolic support and health maintenance is an exciting opportunity to explore.

The significant decrease in oestrogen may cause bone loss, potentially leading to hip, spine and wrist fractures. In fact, 30% of postmenopausal women have been found to have osteoporosis. It is estimated approximately one in two women older than 50 will suffer from an osteoporosis-related bone fracture.

Preclinical data shows promise in the potential of resveratrol to mediate osteoporosis-related outcomes. Two published studies on osteoporosis have been conducted in overweight and obese men. One study showed supplementation with resveratrol (Veri-te™ from Evolva) leads to a significant dose-dependent increase in bone mineral density. Another demonstrated a dose-dependent increase in bone alkaline phosphatase (BAP), a biochemical marker of bone formation, stimulating mineralisation and increasing bone mineral density. BAP may be a useful marker in the treatment of postmenopausal osteoporotic women.

To further elucidate the impact of resveratrol on bone health, additional clinical studies are ongoing. Of note, a current study at the University of Newcastle (Australia) lead by Dr Peter Howe is examining the resveratrol and bone health connection in a broader study of health in post-menopausal women.

Although it is difficult to generalise clinical research findings across sexes, both older men and women experience bone loss, yet osteoporosis is often accelerated at an earlier age in post-menopausal women. Given this earlier occurrence, the role of nutritional support with supplements such as resveratrol may be more important for women than men.

The term sarcopenia refers to normal, progressive and age-related loss in muscle mass. There is a large body of evidence that supports the hypothesis that the decline in oestrogen levels surrounding menopause may play a role in the development of sarcopenia in postmenopausal women.

A randomised control trial in 30 older adults found the combination of exercise and an oral intake of 500 mg of resveratrol per day significantly improved muscle fatigue resistance compared to the placebo group. Moreover, several parameters related to muscular function (e.g. knee extensor muscle peak torque, average peak torque and power) improved in the group receiving resveratrol, but not the group receiving the placebo. The authors concluded the results from this study suggest resveratrol supplementation combined with exercise may provide an enhanced approach for reversing sarcopenia than exercise alone.

As we age, the skin does, too. It no longer looks as plump and smooth; it becomes thinner, loses its firmness and can take longer to heal. What was once trouble-free skin develops wrinkles, dark circles and age spots.

A placebo-controlled, double-blind study involving 50 women and men (aged between 35 and 65) showed after 60 days, supplementation with a dietary supplement blend containing 8 mg of resveratrol significantly decreased systemic oxidative stress, improved skin moisturisation and elasticity, diminished skin roughness and depth of wrinkles, and significantly decreased the intensity of age spots. The authors concluded the specific resveratrol blend may be a promising strategy to reduce skin wrinkling, as well as reducing systemic and skin oxidative stress.