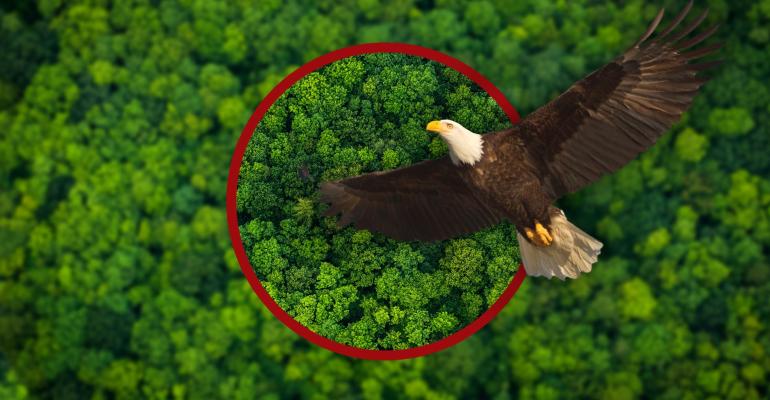 In nature, astaxanthin complexed with other carotenoids is found in the eyes of birds, such as eagles, that depend on their superb vision for survival. The astaxanthin protect their eyes from oxidative stress and radiation. AstaPure-EyeQ ,a proprietary microencapsulation form of natural astaxanthin, was developed in conjunction with the fast-growing Italian startup Sphera Encapsulation. The astaxanthin is encapsulated with a unique formula of completely biodegradable and natural materials, enabling higher bioavailability in the eyes and brain.

A clinical study conducted in 2018 by Algatech and principal investigator Rafael Bitzur, PhD, former Secretary of the Israeli Society for the Treatment and Prevention of Atherosclerosis at the Lipids Clinic, Sheba Medical Center, Israel, demonstrates that AstaPure-EyeQ delivers a two-fold increase in bioavailability over standard astaxanthin supplements in the plasma of healthy volunteers.

Another, preclinical study conducted by principal investigator Tatsuya Sugawara, PhD, of the Graduate School of Agriculture, Kyoto University in Japan, shows that AstaPure-EyeQ reaches the plasma and crosses both the blood-brain and the blood-retina-barriers, resulting in a more readily reach to the brain and eyes. Moreover, astaxanthin was shown in numerous clinical and pre-clinical studies to support eye health, including improvement in choroidal blood flow, depth perception, and visual acuity.

“Astapure-EyeQ has double bioavailability compared to the standard product on the market, and is formulated especially for vision and brain health applications,” explains Efrat Kat, Algatech’s VP Global Sales. “Our powder is fully soluble and has a neutral flavour and aroma.”

AstaPure EyeQ is a pure extract derived from Haematococcus pluvialis microalgae. This species of microalgae is known to be the richest source of natural astaxanthin. As a microencapsulated, cold water-soluble, 2% natural astaxanthin powder, it can be readily incorporated into supplements such as softgels, sachets, gummies and chewables, and other functional foods and beverages.

EuroCaps, UK, and Algatech have partnered to produce an innovative product and will be presented at Vitafoods: The Softburst™ chewable softgel produced with Astapure-EyeQ. With pleasant taste, the softgel is an excellent solution for consumers who do not like to swallow supplements.

The bigger picture for astaxanthin
Jan 15, 2019