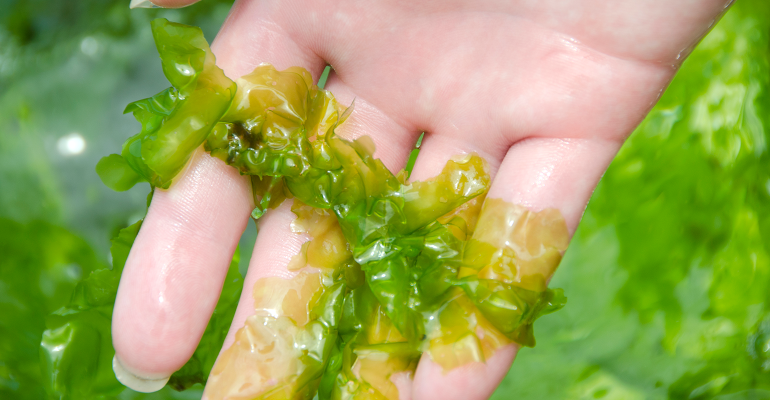 An innovative aquaculture technology can enable the growth of "enriched seaweed" infused with nutrients, proteins, dietary fibre, and minerals, according to researchers from Tel Aviv University and the Israel Oceanographic and Limnological Research Institute.

The technology significantly increases growth rate, as well as protein, healthy carbohydrate, and mineral content in the seaweed's tissues, making it extremely nutritious – and bringing hope for future food security.

The resulting enriched algae can also be used in nutritional supplements and cosmetics.

Doron Ashkenazi, who led the study, said: “Seaweed can be regarded as a natural superfood, more abundant in the necessary components of the human diet than other food sources.

“Through the technological approach we developed, a farm owner or entrepreneur will be able to plan in advance a production line of seaweed rich in the substances in which they are interested, which can be used as health foods or nutritional supplements; for example, seaweed with a particularly high level of protein, seaweed rich in minerals such as iron, iodine, calcium, magnesium, and zinc, or in special pigments or antioxidants.”

Seaweed under stress: Algae exposed to starvation and salinity

In the study, which was published in the journal Innovative Food Science and Emerging Technologies, Ulva, Gracilaria and Hypnea algae species were exposed to short-term abiotic stressors – namely high irradiance, nutrient starvation, and high salinity.

This encouraged synthesis of the desired ingredients in the seaweed tissues, allowing for growth rates of up to 25% biomass increase per day, with “significant enhancements” in the levels of protein, starch, and minerals present.

Ashkenazi pointed out that unlike terrestrial agriculture, this approach does not require extensive land, fresh water, or large amounts of fertiliser, and thus offers a more sustainable, cleaner farming method.

The reduction of nutrient loads to coastal waters and of gas and carbon emissions further helps to combat the climate crisis, he added.

“Technologies of this type are undoubtedly a model for a better future for humanity, a future where humans live in idyll and in health in their environment,” he said.

Ashkenazi added: “The enriched seaweed can be used to help populations suffering from malnutrition and nutritional deficiencies – for example, disadvantaged populations around the world, as well as supplements to a vegetarian or vegan diet.” 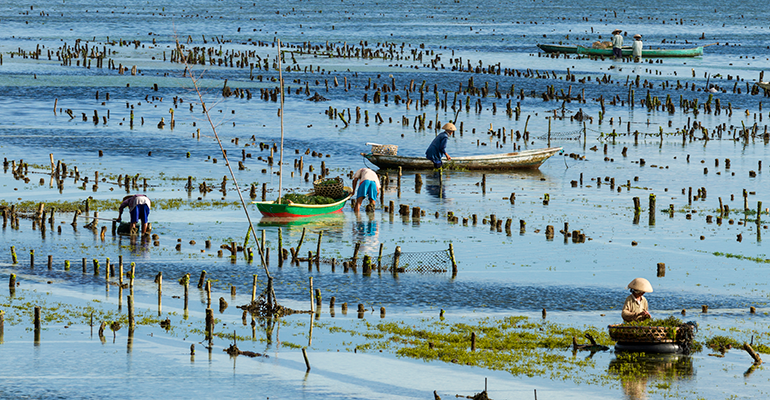 While seaweed has been touted as a potential solution to the global food crisis, concerns have been raised over its high content of iodine – a trace element essential for the synthesis of the thyroid hormones thyroxine and triiodothyronine – as well as levels of heavy metals, such as arsenic, cadmium, lead, and mercury.

As many as 1.88 billion people worldwide remain at risk of insufficient iodine intake, while in some parts of the world, notably Asia, iodine intakes are higher than average – which can cause some of the same symptoms as iodine deficiency.

Iodine deficiency disorders can cause goiter, affect reproductive function, and lead to irreversible brain damage among foetuses and infants; they are the most common cause of preventable impaired cognitive development, according to the World Health Organization (WHO).

EFSA to publish guidelines by end of the year

The European Food Safety Agency (EFSA) is currently putting together guidance on dietary exposure to these elements from seaweed-related products, which is due to be published by the end of this year.

An EFSA spokesperson told Vitafoods Insights: “EFSA has indeed received a mandate for a scientific report on dietary exposure to metals and iodine in seaweed and halophytes in the European population, which will be published on 31 December.

“In this scientific report, EFSA will provide an overview of the levels of arsenic, cadmium, lead, mercury and iodine in seaweeds, seaweed related products and halophytes; the occurrence data collected and sent to EFSA by member states following the Commission Recommendation 2018/464 will be particularly relevant.

“EFSA will also assess the relevance of seaweeds, seaweed-related products and halophytes on the dietary exposure/intake to heavy metals and iodine making use of the occurrence data and available consumption data in the EFSA Comprehensive European Food Consumption Database.”