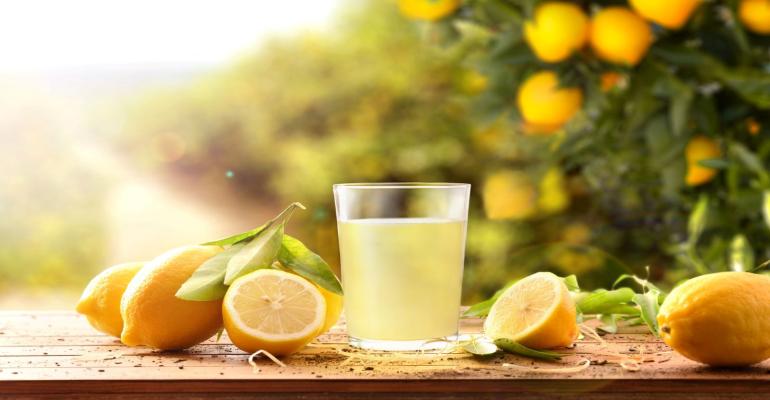 Developing functional lemonade may be feasible by using gamma-cyclodextrin to fortify the beverage with resveratrol.

Resveratrol (RSV) is well known for its benefits to the cardiovascular and immune systems; grapes and wine, white hellebore roots, and peanuts are natural foods that contain the bioactive form of RSV. But when consumers do not ingest enough RSV via the diet, supplementation is recommended.

However, as highlighted in the paper’s introduction, “the lipophilicity of RSV and its sensitivity to external factors such as light, air exposure and oxidative enzymes are limiting factors to its stability in aqueous media, as well as to its bioavailability and use in the preparation of functional foods.” Researchers also cited cyclodextrins (CDs) to serve as a safe inclusion compound to carry other ‘guest’ compounds such as RSV. Thus, providing a solution to implementing RSV in functional foods as “the resulting inclusion complexes have typically increased aqueous solubility, and the included guests are protected from aggressive external conditions such as oxidation and degradation by UV radiation or heat.”

Among other naturally occurring CDs, γ-CD is considered the best suited for food implementation. It has lower toxicity levels and is completely digestible by humans. Further, upon storage, γ-CD can become opaque in colour with some precipitate; this opacity and texture aligns with liquids like citrus juices.  Researchers from the University of Aveiro in Portugal investigated the formulation of lemonade with RSV (RSV-juice) and γ-CD·RSV complex (γ-CD·RSV-juice).

The results showed γ-CD was an efficient carrier to allow RSV solubility in lemon juice. RSV, γ-CD, and γ-CD·RSV complex were observed to be thermally stable. Researchers observed the juices were yellowish and cloudy—" an important barrier against microbial growth, and it facilitates its preservative conditions.” The ◦Brix, related to the content in total soluble solids, of RSV-juice and γ-CD·RSV-juice lemonades, were 0.7 and 9.0, respectively. These ◦Brix values are within the Food and Agriculture Organization (FAO) minimum threshold for lemonades of 8.0 for ◦Brix.

Interestingly, following formulation, RSV levels in the RSV-juice were found to be less than 5% of the target 0.625 mg/mL, compared to 45.8% (0.286 mg/mL) in γ-CD·RSV-juice—suggesting CD helped to disintegrate the γ-CD·RSV complex. The amount of RSV in both juices was reduced over time (0 to 28 days). When looking at the antioxidant capacity of the fluids, both RSV-juice and γ-CD·RSV-juice showed similar results. The researchers concluded: “The overall results indicate that the γ-CD·RSV inclusion complex is a suitable functional ingredient to increase the amount of RSV available in juices (still holding 15% after 28 days). This makes the complex a key element to improve the intake of RSV through the consumption of juices and, ultimately, enhancing its biological potential.”