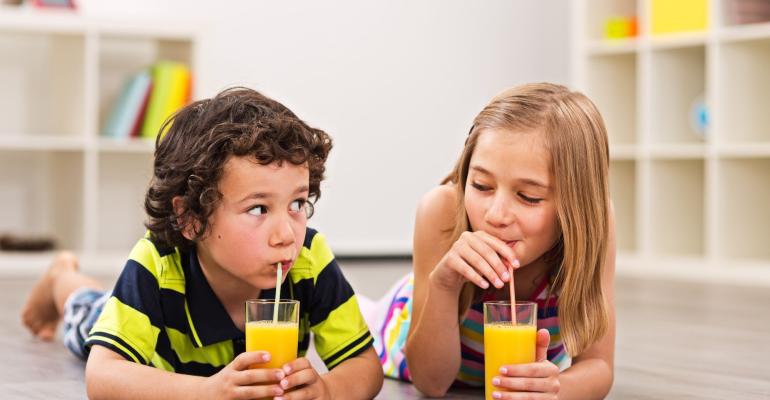 Children are underserved by beverage markets, and manufacturers can close this 'innovation gap' by using nutritional ingredients, according to the makers of Wellmune®.

The global beverage market is booming – its value is expected to surpass $1 trillion by 2022, according to Euromonitor. Many products in the category are heavily consumed by children. Mintel research shows that in the US, 94% of six- to eleven-year-olds drink juice, and in the UK, eight in ten kids consume fruit juices and smoothies.

Few beverage products are explicitly created for children and relatively little new product development targets them. Between December 2012 and November 2017, just 5% of new water launches, 6% of juice drinks, and 6% of other beverages were aimed at kids. By contrast, 17% of new breakfast cereal launches over the same period were child-focused.1

A new white paper from Wellmune demonstrates that healthy, functional ingredients that offer nutritional benefits may be the key to kickstarting innovation in the category. Eight in ten parents say their choice of product is influenced by how it will affect their child’s health and wellbeing2 and most prefer their kids to receive health-enhancing ingredients from food and drink rather than pills.3

Furthermore, the addition of functional ingredients may help restore the parent-appeal of beverages that have suffered a loss of reputation. Juices, for example, were once seen as a healthy choice for children, but are now often demonised for their high sugar content. The use of functional ingredients creates opportunities to offset such concerns, as well as offering nutritional benefits that allow product differentiation.

John Quilter, Wellmune’s Vice President and General Manager, said: “While strategies such as sugar reduction are important, the real opportunity to differentiate kids’ beverage products lies in the use of healthy, clinically proven functional ingredients. They can further support the health halo of functional beverages for children, increasing appeal to parents and allowing products to stand out from the crowd. They could well be the key to giving the children’s beverage space the innovation boost it needs.”

One functional benefit area where there is high potential for innovation and growth is immune health. Keeping kids well is a priority for parents, and young immune systems are vulnerable. But despite high levels of interest, only 2% of children’s food and drink products launched globally between 2012 and 2017 carried an immune system claim, which indicates a major opportunity for manufacturers.4

Podcast: Immune Health for All Seasons

Recent Regulatory Developments on Foods for Infants and Young Children in the EU
Apr 26, 2018