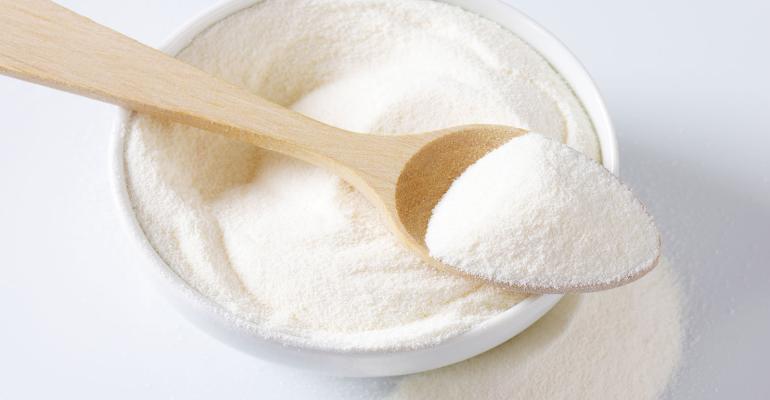 Iron milk protein can be safely used as a novel, bioavailable source of iron for supplements and food fortification in Europe, according to a novel food approval by European Food Safety Authority (EFSA) scientists.

The novel food in question, iron milk protein, is a complex of iron, casein, and phosphate that can be used in foods, supplements, and foods for special medical purposes (FSMPs) as a source of iron.

An odourless, water-soluble powder that has a creamy-beige colour, the ingredient is based on a technology called FERRI PROTM, originally developed by Massey University, that Nestlé acquired in 2019.

It is already on the market in other regions. Earlier this year, Nestlé launched the ingredient in a fortified dairy-based drink in Pakistan, where one in two children is iron deficient. Iron is an essential element required for oxygen transport, electron transfer, oxidase activities, and energy metabolism.

After studying the company’s novel food dossier, EFSA gave the green light from a food safety perspective, meaning the ingredient can now be sold in Europe.

“Iron fortification of food remains a cost-efficient and effective solution to alleviate iron deficiency. However, major technological challenges remain to optimise the bioavailability of iron and the stability and taste of the product simultaneously.

“Iron milk proteinate is an innovative ingredient which is more suitable for dairy-based products as it is a complex between iron and casein, the main protein of milk. The new source of iron is three times more absorbed into the body compared to current forms widely used for dairy fortification, without impacting sensory product properties.”

A tool for iron fortification in food, drink, and supplements

Known by several synonyms and trade names, including iron-casein-phosphate complex, ferric caseinate, and FerriPro, the ingredient is made by dissolving ferric iron salts in a caseinate solution (derived from sodium caseinate powder) in the presence of potassium orthophosphate.

This solution must be kept at a near-neutral pH level to ensure the proteins do not precipitate from the solution. It is then stirred, pasteurised, concentrated, and spray-dried into a powder.

In addition to supplements, Nestlé said it would market iron milk proteins to all consumers over the age of four, including individuals on diets involving FSMPs, in proposed applications such as milk powders, isotonic and sport drinks, cocoa drink powders, cereal bars, malt coffee, Asian-style noodles, stock cubes, and meal replacements.

According to EFSA’s scientific opinion, the ingredient will be used to fortify food and drink products in the EU, with the aim of providing iron at levels of 30% of the Nutrient Reference Value for adults (14 mg per day) per serving, equivalent to 4.2 mg of iron. In food supplements, the Swiss multinational will market iron milk proteins at a maximum daily dose of 14 mg of iron.

On 12 September, Nestlé announced plans to invest in animal-free dairy proteins by piloting a novel product that contains dairy protein supplied by precision fermentation late-stage startup Perfect Day. The product will be launched on the US market later this year as a test-and-learn, it said.