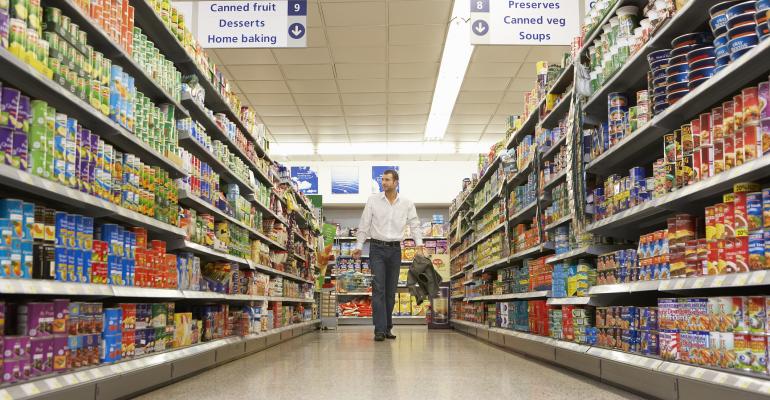 Nutrition forms a major and imperative part of the human diet. As consumers are increasingly becoming aware of health disorders and diseases, the inclusion of nutrition-dense products in diet plans is becoming the new normal. With the growing awareness, consumers are also becoming more sensitive to the ingredients used in various products and their labels. Consumers prefer picking products that provide health benefits, prevent chronic diseases, and are energy boosters.

Key manufacturers are identifying this trend among consumers and focusing on allocating their budgets toward nutraceutical, protein, health, and functional food ingredients. Increasing incidences of chronic diseases, rising demand for fortified foods & beverages, significant investments in R&D for new product innovations, and expanding production capacity are factors that are further projected to encourage customers to spend on nutrition-rich ingredients. On account of these factors, the growth of the health ingredients market is projected to remain high over the coming years. The figure below showcases the market opportunities in the health ingredients market.

The fast-paced lifestyle and the preference for convenience food have consequently led to an increase in demand for nutrition-rich food products. For instance, the increasing number of cases pertaining to gut health among millennials and the growing geriatric population are factors that have led to an increase in demand for functional food ingredients, such as probiotics and prebiotics, which enhance the digestive health and immunity of consumers. Factors such as an increase in the consumption of nutrition-dense convenience foods and fortified foods, and the prevalence of chronic diseases help in driving the growth of this market. The figure below depicts various types of functional food ingredients used in the food and beverage market.

A shift in preferences of consumers has been witnessed toward on-the-go foods with nutritional benefits that are appealing to the palette. This trend is gaining pace, mainly due to the growing cases of indigestion, antibiotic-associated diarrhea, food allergies, and other types of gastrointestinal disorders. Due to these factors, consumers are adopting preventive measures and spending on products rich in probiotics, such as dairy, non-dairy beverages, fermented meat, and baked products. To align with changing tastes and preferences of consumers, manufacturers are accommodating their product lines with protein-rich products and allocating their budget toward ingredients that cater to the nutrition quotient of consumer’s diet. Key manufacturers are diverting their investments toward the production of products that are diabetic-friendly and help in weight management.

In addition, the rise in lactose intolerance cases and increase in adoption of veganism has encouraged the demand for plant-based protein products. Protein ingredients are mainly extracted from animals and plants such as eggs, gelatin, soy, wheat, and vegetables. With the growing prevalence of health disorders and diseases, consumers have become more sensitive to the ingredients used in the products that they consume. The increasing health requirements of the geriatric population have further driven the demand for health ingredients such as vitamins, minerals, prebiotics, and nutritional lipids. Due to these factors, the demand for natural ingredients has also increased over a period of time.

The North American region has a predominant market in nutritional ingredients. With the increasing instances of obesity and cardiac diseases, consumers prefer spending on nutrition-dense, natural, and low-calorie food products. DuPont (US), Cargill (US), and Archer Daniels Midland (US), Omega Protein Corporation (US), AMCO Proteins (US), and Ingredion (US) are some of the major players in the nutrition industry market that are strategically located in this region, which further contributes to the market growth. Other major players identified in the nutritional ingredients market with extensive global presence include Kerry Group (Ireland), Associated  British Foods (UK), Roquette Frères (France), Fonterra Cooperative Group Limited (New Zealand), Gelita Ag (Germany), BASF SE (Germany), Arla Foods (Denmark), and Tate & Lyle Plc (UK).

Likewise, consumers in Asia Pacific are also spending on food items that contain intrinsic properties of functional food & beverages, such as breakfast snacks & cereals, infant formula, and confectionery food products, due to which the region remains conducive for further growth.

The nutrition ingredients market witnesses megatrends within the food and beverage space such as the adoption of intrinsic nutrition/personalised nutrition and plant-based foods. As a step towards extending personalised nutrition to its customers, goliaths in the food industry such as Danone (France) and Nestlé (Switzerland) are focusing on making efficient use of the digital platform to offer health and nutrition advisory services to their customers. With the increasing preference for plant-based proteins as an alternative source of protein among consumers, companies such as Döhler (Germany) are also focusing on investing in R&D to expand their product line, thereby catering to the requirements of food & beverage manufacturers who want to stay of ahead of the curve. While the market for plant-based protein as a source of nutrition is niche, large-scale investments directed towards R&D have helped companies to tap into the growth possibilities in the market. For instance, Archer Daniels Midland’s (US), protein application experts, introduced vegan alternatives to cater to the growing demand for meat substitutes. In addition, Kerry Group (Ireland) plans to invest in plant-based protein sources and products under its Richmond brand, to cater to the rising demand for plant-based meat from flexitarian consumers.

However, price-related challenges persist in this arena. Despite the high prices of these products, the growing health awareness among consumers and the willingness to spend are factors projected to drive the growth of the nutritive ingredients market in the coming years.