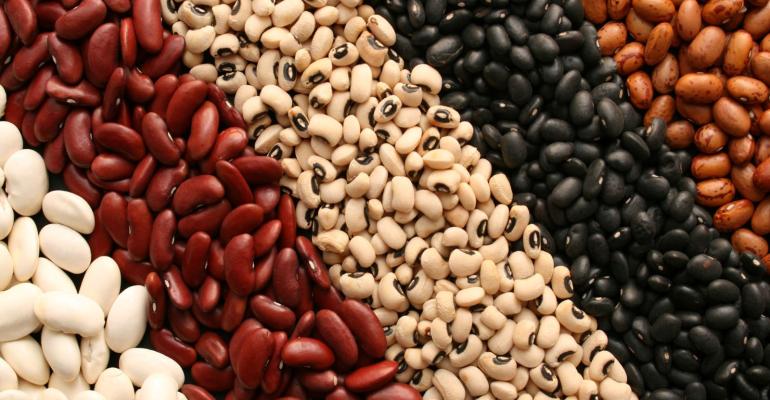 They further noted, “There was a significant difference in the essential amino acid to total amino acid ratios (E/T, %) for different protein isolates, with all E/T values being well above 36%, which is considered as an ideal protein. Compared with the controls (SPI, 42.44% and PPI, 43.80%), BKPI (47.12%), SKPI (47.21%) and CCPI (46.67%) had a higher E/T value, followed by API (45.55%), RPI (45.70%) and MPI (44.34%). Overall, all protein isolates from traditional Chinese beans in the present work, except for BPI and CPI, showed a better amino acid profile and can substitute SPI and PPI as good sources of protein for feeding infants and children.” Interestingly, researchers found all protein isolates—except for BPI—to be of high quality. They also suggest API, RPI, BKPI, SKPI and CCPI might contain increased nutritional value and protein digestibility.

When considering protein solubility (PS), researchers suggest MPI, BPI, APII and API as good protein alternatives for acidic drinks. They also noted, "All protein isolates except for BPI, BKPI and SKPI showed comparable PS to SPI and PPI at pH 7.0 and 9.0, indicating that these isolates could be applied into products with neutral or alkaline pH values as alternative proteins to SPI and PPI.” Moreover, BKPI and SKPI showed higher foaming properties (capacity and stability)—deemed good for use in foods such as mousse, ice cream, cakes and meringues. Furthermore, the researchers noted, "Except at pH 3.0, MPI, API, RPI, BKPI, SKPI and CCPI exhibited a comparable or even better FC in comparison to PPI, suggesting that these six proteins could substitute PPI for food products requiring foam formation.” They added “Overall, API, RPI, BKPI and SKPI showed a remarkable FS in comparison to SPI and PPI … the emulsifying properties for [the] eight protein isolates were comparable or even superior in comparison to SPI and PPI. Therefore, it is very possible that these eight legume proteins can substitute SPI and PPI for application as emulsifiers in specific food products.”

When looking at gelling properties, researchers found that “At pH 7.0, most protein isolates, including BPI, API, RPI, CPI, CCPI and SPI, were able to form a firm gel at the LGC of 10% (w/v), while MPI and PPI formed a firm gel at the LGC of 12% (w/v). It should be noted that BKPI and SKPI had the lower LGC (8%, w/v), suggesting that they exhibited a better gelling ability than other isolates… [Notably], the BKPI and SPKI exhibited the highest gelling capability, and this is a very interesting phenomenon." Proteins with more potent gelling capacities at pH 3 may be best suited to products like curds and yoghurt-style gels, and at pH 7, proteins with stronger gelling capacities may benefit meat and meat analogues products.

The team concluded: “According to the specific application in the food system, it is very effective to substitute for SPI and PPI... In particular, BKPI and SKPI not only show a good nutritional profile but also possess excellent functional properties (except for [solubility, water/oil holding capacity] WHC/OHC), which are very promising for new legume proteins.”