CBD: The land of opportunity? 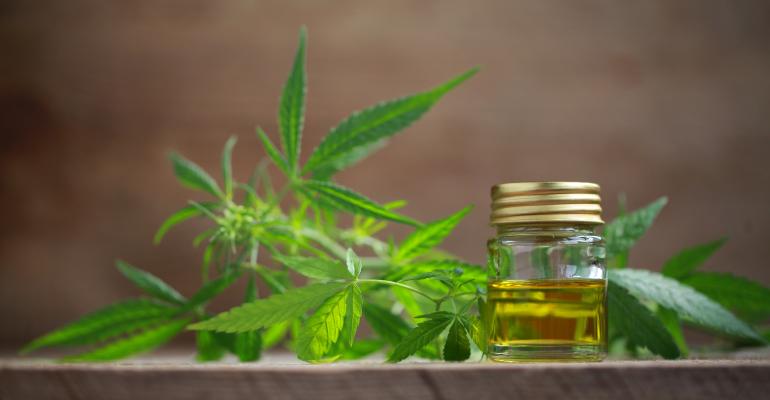 CBD-Intel looks across the Atlantic to discover that big American retailers are embracing all kinds of CBD products, including foods – despite a still unclear legal situation

As US awareness of cannabidiol grows, several high-end brands have announced their interest in stepping into the CBD trade – including some targeting ingestibles despite the adverse stance of the US Food and Drug Administration (FDA).

Among the stranger fits in the market is Urban Outfitters, which calls itself a “lifestyle-oriented general merchandise and consumer products store with 245 locations throughout the United States, Canada, and Europe.”

iAnthus Capital Holdings, a vertically integrated cannabis company, announced in April that CBD For Life, which iAnthus has had an agreement to acquire since March, had made a deal with Urban Outfitters. This deal entails placing CBD For Life products in four stores in New York City and two in California. iAnthus is one among a growing number of groups looking to profit from CBD’s transition into prime retail in the US.

Levi Dinkla, president of enterprise development for the parent company of Family Video, Highland Venture, told local press: “There are a lot of people who use CBD to relax, and that’s what a lot of people use movies for.”

CBD in the cosmetics sector

Neiman Marcus, a luxury retailer based in Dallas but with stores across the US, announced in January that it would carry CBD products. It has begun to carry brands including Sagely Naturals, Cannuka, Cannabliss Organic, Code of Harmony, Ildi Pekar, Vertly, and Yuyo Botanics online as well as in five physical stores. Product lines sold include balms, lotions, soaps, oils, serums, and masks.

The company’s beauty buyer, Kim D’Angelo, said: “Our new CBD assortment is an important part of Neiman Marcus’s commitment to the health and wellbeing of our customers. Cannabis beauty brands are becoming increasingly popular and CBD products are the next big thing in beauty. Neiman Marcus plans to continue to expand our CBD assortment.”

The company has also stated its intention to introduce ingestible products. Currently the FDA’s stance is that ingestible products with CBD as an ingredient are not permitted as CBD is an active ingredient in an approved pharmaceutical drug. It is currently unclear how Neiman Marcus will deal with this or if it simply means it plans to introduce products after an anticipated change in the FDA’s position.

As we went to press, the FDA was due hold a public hearing on 31st May on the safety of products containing cannabis or cannabis-derived compounds ― and stakeholders were looking for a dividing line.

Dietary supplements, beverages, oils and cosmetics are not pharmaceuticals and most believe they should not be regulated as such. However, the FDA’s current position does not allow them, on the grounds that CBD is used as an active ingredient in GW Pharmaceuticals’ Epidiolex, an FDA-approved drug.

The agency is so far sticking strictly to rules that state the substance cannot be used in the other, non-pharmaceutical products that it regulates. There are indications that it is open to changing this situation, but the question is exactly how.

Meanwhile, mainstream American retail’s embrace of CBD continues. DSW, a large and well-known shoe retailer, announced in January that it was partnering with Green Growth Brands to sell an array of CBD products including balms, lotions, and creams. DSW intends to sell the products under the Seventh Sense Botanical Therapy brand in 96 stores across the US, following a successful test run in ten stores last autumn.

“We have seen recent shifts in consumer behaviour accelerate changes in the retail industry,” said Roger Rawlins, CEO of DSW. “North America’s widespread adoption of the use of CBD products is one of the best examples of these shifts, and we could not be more excited about our partnership with Green Growth Brands and the introduction of their products to our customers.”

Ulta Beauty is to carry products from the Cannuka brand. The blended manuka honey and CBD skincare products will be carried online and in stores across the US, except Idaho, Nebraska, and South Dakota. The Ulta Beauty website shows numerous offerings for CBD products. It follows a number of other well-known beauty chains, such as Sephora, adopting CBD products in the last year.

CBD to soar across the market

Since the passage of the Farm Bill eased the legal position, CBD has taken off in US retail, with both foods and other types of CBD product being of interest to businesses. There are many opportunities for brands as large retailers look to offer consumers CBD products and to cash in on their popularity. Even a major sports supplement chain has brought CBD to its shelves recently, as CBD-Intel reported.

The fact that all these high-profile companies are willing to stock CBD shows its acceptance by the US consumer, despite the still unclear regulatory situation in some areas.