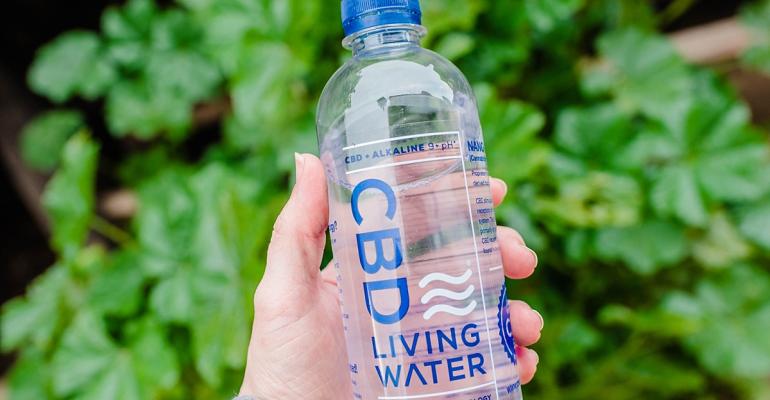 CBD-infused water is currently a big product Stateside, but European regulators and manufacturers alike are sceptical, as CBD-Intel reports. Sales of water infused with cannabidiol (CBD) have surged in the United States (US), but a range of regulatory and other obstacles in Europe may tamp down its popularity among Europeans. Some producers in Europe have gone so far as to call CBD water a ‘scam’ that offers consumers almost none of the promised benefits.

CBD water is usually made using nanotechnology to produce CBD particles one-millionth of their original size so they can be evenly encapsulated and infused into water. In theory, these nanoparticles move through cells quickly and provide high bioavailability. Proponents say this means a large proportion of the CBD that’s in the water makes its way into the drinker’s body rapidly and enters the digestive tract more effectively.

“This process homogenises the mixture effectively to produce water that acts like a bioavailable CBD source,” says Farma Health. “In some cases, up to 90% of CBD that is consumed can be lost because of poor bioavailability. Since CBD water has high bioavailability, healthy users will be able to receive the maximal benefit of CBD in less quantity.”

But skeptics such as Joscha Krauss, chief executive of Berlin-based MH medical hemp, say most CBD water contains a miniscule amount of cannabidiol in the first place, and much of this is rendered ineffective because of storage issues. CBD products destabilise when exposed to light or oxygen, which means the water in many of the bottles sitting on brightly lit supermarket shelves has lost many of the reported benefits.

And an expensive one: CBD Living Water charges $10 for a 500 ml bottle of water that contains 4 mg of CBD. A 12-pack of Quantum CBD’s water sells for $75; each 500 ml bottle contains 10 mg of hemp-derived cannabinoids.

“It’s more for the US, but it’s too expensive for Europe,” Krauss said.

Boris Baňas, founder of CBDepot.eu, agrees that Europeans will likely be put off by the high price of CBD water. But a bigger obstacle, he says, is the EU’s novel foods rules. “If done properly, I mean using proper carriers, CBD can become solubilised in water – not soluble, however,” he explained. “As, usually, isolate is used for this process, it blocks entry into the EU drinks market due to conflicts with the novel foods regulation.” That regulation considers all hemp extracts as novel foods, requiring them to undergo stringent and costly authorisation processes.

Softgels, on the other hand, are becoming more popular in Europe, several CBD producers told CBD-Intel. But “bioavailability is lower compared with the sublingual route using oil with droppers”, according to Baňas.

The capsules may also face regulatory hurdles, Krauss says. They are a food supplement, which counts as a food for regulatory purposes – meaning many of the same regulations, such as novel food authorisation, apply. “Theoretically it could take off, but due to the regulatory issues, I don’t see that happening in the next two to three years,” he said.

One trend that is taking off among European consumers – especially middle-aged women with high disposable incomes and concerns surrounding the effects of menopause – is CBD cosmetics and skin care products, says Boris Blatnik, chief strategy officer of KannaSwiss. “We’re getting into the cosmetic space with things like hand creams and foot creams,” he said.

CBD topicals and cosmetics are relatively easy to formulate and are far less regulated than pharmaceuticals, he added.

Europeans have long been more sceptical over new bottled water marketing innovations, as anyone involved in Coca-Cola’s Dasani fiasco will remember. It may be that CBD water will go the same way. But for now it appears to be an easy entry into selling CBD and a number of retailers have experimented stocking it as a result.

Looking further into the future, it may be that CBD as a soft gel capsule will take the place of current formats such as oils used largely as food supplements. It may appeal to those that do not like the taste.