CBD-based foods in Austria: Pressing ahead despite legal doubts 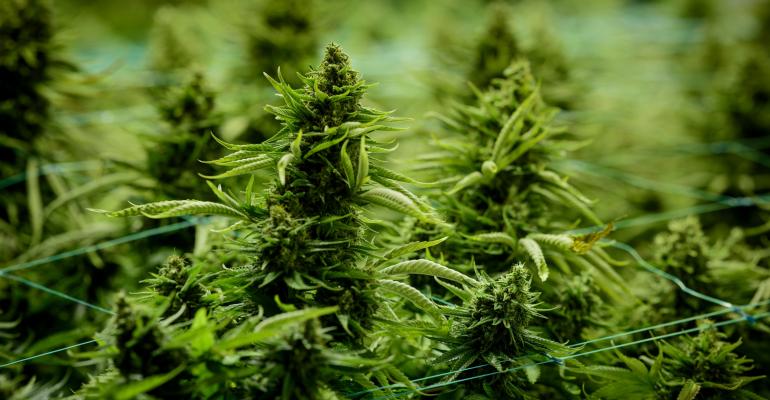 The experience of Austrian companies manufacturing CBD food products highlights their often disputed legal status under EU Novel Food rules, as CBD-Intel reports. Uncertainty and confusion surrounds the sale of CBD food products in Austria—but that has not stopped some companies, especially those that have previously run into trouble with the authorities, from reintroducing items to the market.

CBD company Magu, for example, launched CBD chocolate-covered dates in time for the 2019 festive season. The company said it has a legal argument that supports their sale and that it would discuss the issue with the relevant authorities if problems arise. “We have a 24-page document from our legal representative in which he explains CBD and Novel Foods,” said Sofie Sagmeister, CEO and founder of Magu. “According to him, CBD should not be considered a Novel Food because it was used before 1997 without any safety incidents. It’s an opinion we can offer to the authorities. If they want to enforce their interpretation, we would have to discuss it.”

CBD-Intel understands that the argument that CBD—in fact, any cannabinoid-containing hemp extract—was utlised in food prior to 1997, however in Europe CBD is currently not accepted by authorities at either EU or member state level.

Related: CBD oil in Poland: Is it a food?

Nevertheless, it appears that Austrian appetite for enforcement may have fallen following a change in government. Sagmeister told CBD-Intel that she noticed a positive change in the attitude of health authorities since the government upheavals culminating in the general election at the end of September. “It’s a different approach to what it was before,” she said, adding that she had participated over the past year in meetings between government officials and businesses, who were given a chance to explain the CBD industry and some technical specifications of the products they sell.

Magu has not had previously seized goods returned—though it has received advice on how to prevent similar products from falling foul of authorities in future.

Sagmeister commented that when food inspectors came to her retail location, situated in Vienna, Austria, in December 2018 to carry out an inspection, they declared that some of the dietary supplements sold by Magu were banned as they did not comply with Novel Food guidance. She said she was advised by enforcement officers to adjust product labelling from “dietary supplements” to “aromatic products,” and has not had any compliance issues since.

“However the Austrian government’s body of regulations around CBD products has generated uncertainty and confusion among business owners that has not yet subsided,” she added.

Ministry of Health officials contacted by CBD-Intel did not confirm any meaningful policy shifts since new minister Brigitte Zarfl assumed office in June 2019, while other sources have told CBD-Intel that they have witnessed some enforcement action since the change in government.

In 2018, a decree issued by the Austrian Ministry for Labour, Social Affairs, Health and Consumer Protection established that products containing cannabinoids that are put on the market as such or in food preparations are to be considered Novel Foods under the European framework, which restricts the marketing of food and dietary supplements not known to have been in use before 1997.

The ministry maintains that this regulation is still valid and that, in principle, CBD products classified as Novel Foods cannot be marketed. This, however, has not prevented hundreds of companies from applying for EU marketability certificates and effectively selling CBD products within Austria.

Austrian health authorities consulted by CBD-Intel said 2018’s decree and the restrictions on CBD dietary supplements and oils still applied. A ministry spokesperson told CBD-Intel that the restrictions are not specifically Austrian, but European-wide norms.

According to the rules set out by the European Commission, the classification of a product as Novel Food does not necessarily bar it from sale and that businesses can apply for Novel Food authorisation. National health authorities in all EU member states are then mandated to carry out inspections to ensure that no unsafe products are available on the market.

These inspections, which in the case of Austria are carried out by regional authorities, still allow shop owners to object.

So what does it all mean?

Most likely, the situation in Austria—which is mirrored by similar arguments in other parts of Europe—will remain uncertain for the foreseeable future, and suppliers of CBD food products should operate with vigilance.

Just because Magu has not seen any enforcement action in Austria does not mean there will not be any ever again, and CBD companies may be treading on shaky ground—both when attempting to use the widely-stated argument that CBD is not justified as Novel because cannabinoid extracts had been used as a food ingredient before 1997, and when attempting to market products such as CBD oils as aromatic items rather than foods or dietary supplements.