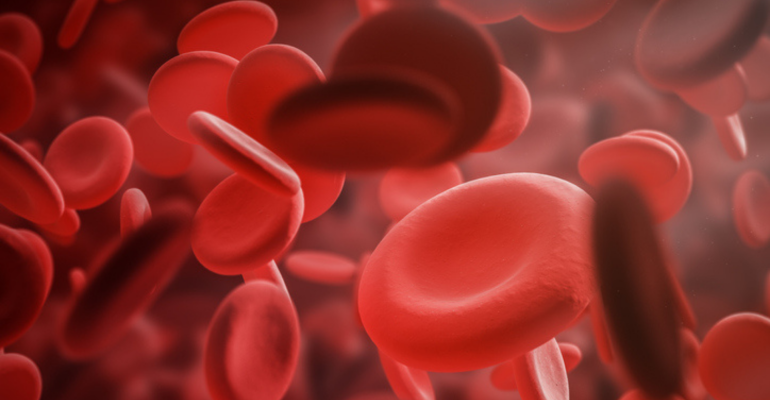 A clinical trial on PharmaLinea’s private label iron syrup is the first to show that anemia in iron deficient children can be avoided through supplementation.

A large population of iron-deficient children has thus far not been sufficiently addressed. To avoid anemia and drugs, they could only rely on a change in diet or iron supplements without proven efficacy. Now, a clinical trial on PharmaLinea’s private label iron syrup is the first to show that anemia in iron deficient children can be avoided through supplementation.

It is surprising how very common and at the same time how very poorly addressed the issue of iron deficiency in children is. Iron deficiency is the most common nutritional deficiency in the world and children are the most vulnerable population since the need for iron is increased during growth. If unaddressed, iron deficiency can cause severe neurologic and developmental issues. If iron levels continue to drop, iron deficiency can progress to iron deficiency anemia at which point it is characterised as a disease and is treated with drugs. The latter frequently cause severe side effects (diarrhea, nausea, gastric irritation, constipation) and have poor metallic taste, making both doctors and parents try to avoid them at all costs. Around 15% of preschool children are iron-deficient and not yet anemic and about 20% of preschool children reach a deficiency level considered anemic. Many cases among these 20% could be prevented with efficient supplementation. The issue is so widespread that anemia is subject of WHO’s Global Nutrition Targets 2025 and WHO has created guidelines for preventive iron supplementation in children.

Unfortunately, most iron supplements are based on poorly bioavailable iron salts, have bad metallic taste, and can cause similar side effects as drugs. The combination of these characteristics jointly reduces compliance and further decreases efficacy of supplementation. For parents and their children, the market presents few user-friendly options. Doctors on the other hand, have no clinically validated solution to prescribe to iron-deficient, but not yet anemic children. There are no iron supplements proven to save children from anemic levels of deficiency. Thus, there is a large market need for child-friendly iron supplements with clinically proven efficacy.

This need drove PharmaLinea to develop a liquid iron supplement for children that would avoid the flaws of the current market. The combination of good taste, child-friendly liquid form, and absence of side effects enabled high compliance, but efficacy could only be proven to doctors through an interventional clinical study that adheres to internationally recognised standards of good clinical practice. The clinical trial on >Your< Iron Syrup was thus designed as a double-blind, placebo-controlled, randomised, and multi-centric intervention. It included 85 children who are iron-deficient, yet non-anemic (the relevant population for supplements) and studied an iron dose that is widely considered a supplement and not a drug (1 mg of iron per kg of body weight per day). These strict criteria extended the recruitment process to over three years, but it also enabled the trial to be the first relevant clinical trial on iron supplements for children.

Results present the first clinical evidence that iron deficiency in children can be avoided with an iron supplement. After 12 weeks of supplementation, >Your< Iron Syrup increased mean ferritin levels by 69%, from the starting depleted values, at risk of anemia (14,5 ug/l), to healthy end values (24,5 ug/l). In contrast, children receiving placebo retained suboptimal ferritin levels despite being advised on an iron-rich diet. The study also examined several other biological markers of iron status and found that beside ferritin, children who took >Your< Iron Syrup also showed significantly higher end-point values of hemoglobin, hematocrit, and erythrocytes. Four widely recognised indicators of iron status were thus improved with statistical significance. The mean compliance was 92%, without a significant difference between both experiment arms. This means that only 8% of scheduled doses were missed both by subjects in the test group and placebo group and the presence of iron in the product did not decrease compliance at all. Additionally, there was no significant difference in adverse events between the experiment arms and there were no confirmed related severe adverse events in the entire trial. Researchers concluded that >Your< Iron Syrup is very well tolerated and safe.

Together, the results offer great promise for children to be able to tackle iron deficiency efficiently and through a pleasant user experience. Supplement brands, on the other hand, have the opportunity to convince doctors and pharmacists through reliable clinical data.