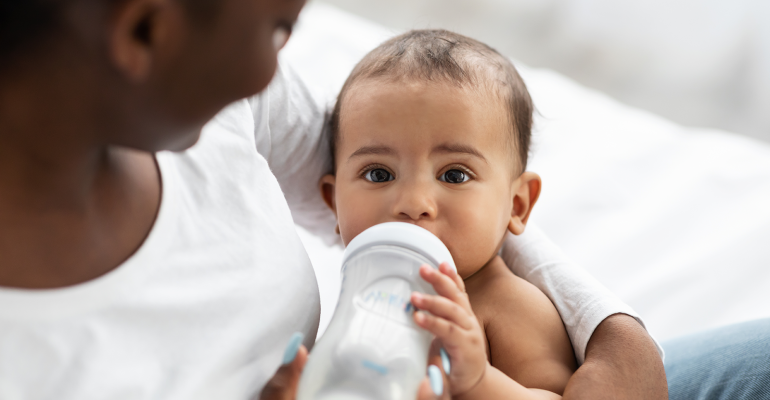 Infant formula is the most highly regulated food in the world, which means innovation can be challenging. From novel ingredients to manufacturing bottlenecks and a need for precision analytics, four experts weigh in on how they are finding solutions.

During the first 1,000 days of life, which is counted between the mother’s pregnancy and her child’s second birthday, the brain grows more quickly than at any other time in a person’s life.

Getting the right nutrients in the right quantities is therefore crucial to proper cognitive functioning, the development of neural connections, and more.

However, breast milk is an extremely complex food matrix for product developers to try to imitate. It changes in composition day by day and even hour by hour, and is dependent on countless factors, including the mother’s diet, her lactation cycle, and if she is fighting an infection. Research shows it also depends on how many times a day the baby feeds and even the amount of mother-baby contact time.

Infant formula developers have a huge task on their hands. A better understanding of what makes breast milk best is crucial, said James Young, vice-president of innovation and business development at DSM, which manufactures human milk oligosaccharides (HMOs), following its acquisition of Danish supplier Glycom.

Young said the infant formula industry had a unique advantage compared to other sectors because it has the gold standard of human breast milk – but better analytical methods and processing techniques are required.

“Mother Nature has created something for us to aspire to,” he told attendees of Future Food-Tech in London. “So actually, in some ways, from an ingredient perspective or a benefit perspective, it’s already there. [...] But we don't understand it or understand how to make a lot of these materials properly.”

Fengru Lin is founder and CEO of Turtletree, a startup that uses precision fermentation to make milk-based ingredients, such as bovine lactoferrin, which is a crucial component of breast milk.

Lin believes that biotech will help plug the gaps in formula’s nutrient composition. She said there is a lot of bioactivity in breast milk that is not available in the macronutrients, such as fats and proteins, alone.

“We're talking about the glycosylation of the proteins, the complex sugars, [the] various different sugar branches,” she said. “All of this has a lot of gut benefits that need to be developed for babies that is currently missing at the moment. And this is what biotech will be able to get towards.”

Using plant-based ingredients for infant nutrition is another strategy for innovation and differentiation in a category where bovine milk accounts for 95% of products.

Hamutal Yitzhak is former head of infant nutrition at Abbott and current CEO of plant-based formula brand Else Nutrition. The Israel-headquartered company tries to replicate the health outcomes of breast milk – rather than mimicking specific ingredients and components – using whole-food, plant-based ingredients.

“[There’s] no doubt that breast is best – this is undisputed,” she said. “But is bovine milk the best source of ingredients to mimic or replicate human milk? We need an alternative to bovine milk, and I think there are plenty of plant-based ingredients or sources that haven't been explored yet."

However, trying to get a plant-based formula approved by safety regulators is “very challenging”, she said:

“You have to [...] convince them to add another source of protein into a very scrutinised regulatory code.”

According to Mia Funt, co-founder and president of ByHeart, innovation in infant formula is also being limited by supply chain dynamics – at least in the US.

There is only one full-service contract manufacturer for infant formula in the US, and it does not always have the capability required by new brands, Funt said.

“Every other challenger brand has gone to that one contract manufacturer, which has really limited their ability to innovate,” she said. “We sat down with them five years ago and had built a new formula from scratch with breast milk researchers and leaders in nutrition science, but [...] we quickly learned that we needed to [...] acquire a manufacturer, build a supply chain, [and] run a clinical study.” 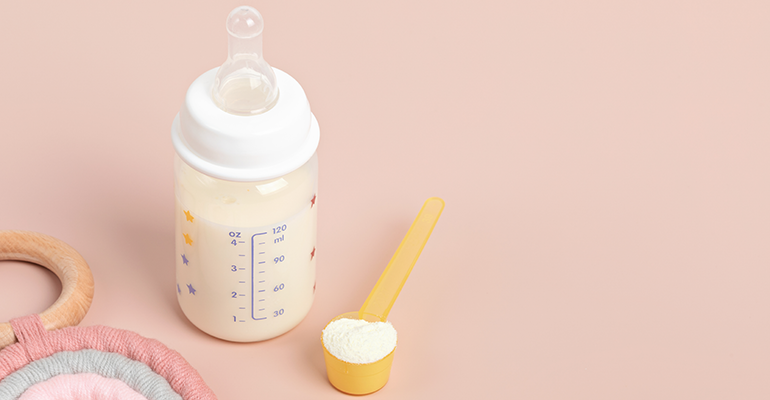 Vulnerable consumers: Innovation must address safety and quality too

Another element of innovation in infant nutrition is quality and safety standards. This is hugely important for products whose sole consumers are babies with low immunity.

“We are serving the most vulnerable population and we need to continue to raise the bar on quality and safety,” said Funt. “You can't set it and forget it.”

Several years ago, for instance, the use of palm oil in infant formula came under the food safety spotlight in Europe due to the presence of 3-MCPD and glycidyl esters. These contaminants arise during oil processing and are known to be genotoxic carcinogens. They can also have an adverse impact on the kidneys and male fertility.

However, this conversation was not happening in the US, Funt said, and so ByHeart worked with its oil supplier and created a specification for it.

“You need to keep pushing [...] to meet the regulation and then work to exceed it,” she added.

Infant formula is a second-best alternative to breast milk

Despite the progress that has been made, all of the products – whether dairy-based, plant-based, or biotech-based – are, by definition, not natural; only breast milk is.

Is the industry in danger of discouraging breastfeeding by marketing these processed products as natural and emphasising their nutritional benefits?

Yitzhak admitted that some criticisms of the formula industry are deserved – but said formula still had a role to play.

“Definitely calling infant formula as 'the most natural' or 'the closest to human milk' and misleading mums [in that way] has to be addressed. That's not the right thing to do,” she said.

“But you also have to look at it from the perspective of different countries enabling maternity leave. You can't expect a mum who has to go back to work after two weeks, as happens in the [United] States, to keep on latching long term.”

Funt agreed that parents needed “choices and tools” to feed their babies in the best way possible.