Enter in the world of biotics dedicated immunity! 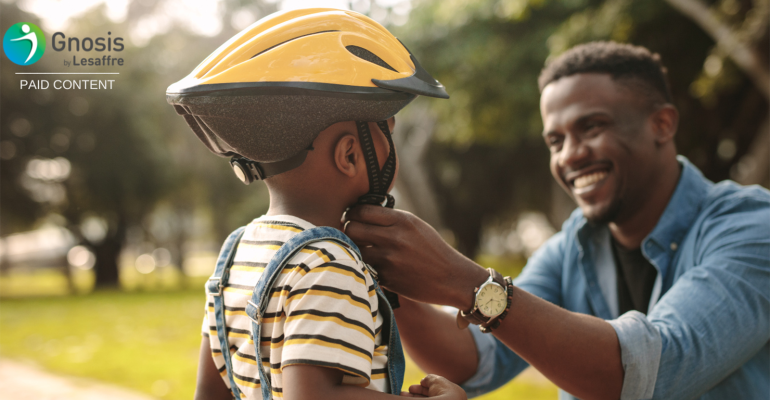 Immunity marketing is evolving to find new solutions. Biotics are among one of them.

After the pandemic, consumers still express a strong interest on immunity. Indeed, our immune system is not infallible. Some nutrients are well known for their benefits on immunity. Ingredients like vitamins D, C, and B and minerals such as zinc have proven themselves in immune choices. Considering the complexity of our immune system, it's important to think outside the box weighing innovative ingredients to enhance immune health. For that, new ingredients such as biotics became obvious for immunity market.

Probiotics: The inevitable Ingredient for Immunity

Probiotics play an important place in the competitive market of ingredients dedicated to immunity. Indeed, probiotics are now perceived as an evident solution for consumers. This new perception of probiotics explains the interest in probiotics as ingredients for immunity.

In this regard, Gnosis by Lesaffre offers a stable probiotic dedicated to immune health: LifeinU® BSCU1. LifeinU® BSCU1 is a specific strain of Bacillus subtilis, a common and safe bacterium registered in the CNCM collection under the number I-2745. LifeinU® BSCU1 is stable for 24 months with no CFU decrease making it ideal for long-shelf applications. Moreover, this probiotic is strong enough to resist industrial processes enabling it to be incorporated into functional foods. A clinical study validates the efficacy of this probiotic on immunity. This clinical study was performed according to gold standard method: double-blind, randomized, and placebo controlled.

The biomarker analysed during the clinical study is the secretory immunoglobulin A (sIgA). This antibody is considered as the first line of body defence. It is located at the most vulnerable interface with the environment: the mucosa. The sIgA as an antibody can catch toxins and infectious agents and inhibit the interaction with the respiratory and intestinal epithelium.

The aim of this clinical study was also to investigate on symptoms. The protective effect of LifeinU® BSCU1 is validated by a decrease by 45%1 of the frequency of upper respiratory tract infections.

Thanks to this clinical study, we can say LifeinU® BSCU1 reduces the risk of common infectious episodes.

More than ever, prebiotics are gaining popularity when it comes to immune ingredients. In that scope, Gnosis by Lesaffre launched Lynside® Immunity Prebiotic as the first patented yeast-based prebiotic. Its complex structure is degraded only by a few fundamental bacteria species not usually targeted by other prebiotics2.

The efficacy of this prebiotic was investigated in a dynamic in vitro gut model study. The results showed that Lynside® Immunity Prebiotic induces both an adapted metabolic activity and a modulation of the microbiota composition, depending on the host enterotype. Further, combined with a very low daily dosage requirement, this scenario promotes a continuing prebiotic response with low gas production, challenging the current prebiotic side effects.

The results showed that Lynside® Immunity Prebiotic induces both an adapted metabolic activity and a modulation of the microbiota composition, depending on the host enterotype.

The potential prebiotic effect of Lynside® Immunity Prebiotic has been evaluated on the microbiota of human volunteers selected for their health status but also based on their fecal microbiome pattern associated with two different enterotypes, i.e., Ruminococcus and Prevotella.

This innovative study was conducted in partnership with ETH Food Biotechnology's lab (Zurich, Switzerland). Samples from two different enterotypes donors representative of the population were tested in the in vitro gut model PolyfermS® (Polyfermentor Intestinal Model) with Lynside® Immunity Prebiotic, in low and high dosages.

In the case of Prevotella donor, propionate production significantly increased, in correlation with the specific metabolic activity of the bacteria characteristic of this enterotype.

Then with the same ingredient and dosages, but with the other enterotype, (Ruminococcus donor), the short-chain fatty acids (SCFA) production shifted to butyrate. This is in accordance with bacteria from the Ruminococcus family and their ability to produce this SCFA in particular.

Biotics to reach the next level of immunity

Some changes are observed in the biotic universe. Most biotics were found in alone. Even if sometimes it existed blend of some strains of probiotics. Biotics are a part of the evolution in the immunity market, brand owners are now interested in blending different biotics to combine benefits.