Why the over 50s age group need to supplement – Part 2 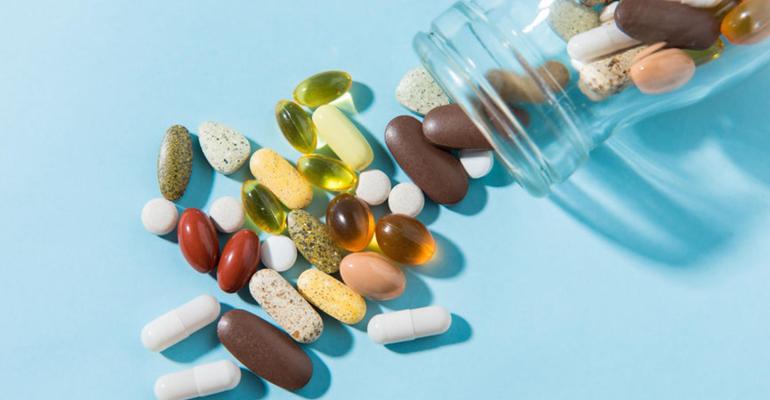 In this three-part series, we look at the need to supplement, and key nutrients, vitamins and solutions to consider for the 50+ age group. In Part 1, mobility was highlighted as a primary concern for the over 50s group. We looked into the natural loss of muscle mass, and the need for more protein. In part 2, we we investigate common nutrient deficiencies and other key vitamins.

We are all told that, in theory, we get necessary micronutrients from our food. However, if we look at the real scientific data from high quality food intake and diet studies across the UK (and indeed globally) where people are given food diaries to track their food intake, the data tells us that the vast majority of us are failing to achieve even the basic recommended daily intake (RDA) across many vitamins and also some minerals too.

What are we deficient in and what should we worry about?

Not every single vitamin and mineral was measured in the study, but the key nutrients on our ‘most wanted’ list must firstly include vitamin D. Of course, a proportion of this wonder vitamin is also made in the skin from cholesterol and sunlight, but in a British climate where the population spends most of the year fully clothed, it is seldom enough, especially in during the autumn and winter period when we need to build up our vitamin D supplies. In addition, the rate at which we make vitamin D in our skin as we age is only around a quarter as effective as a younger person. Vitamin D is a must for supplementation, further highlighted through public healthcare recommendations.

Related: Why the over 50s age group need to supplement – Part 1

Low vitamin D levels (in association with calcium intake) are associated with poor bone strength, weak muscles and lower immunity—all of which are very important to manage as we age, especially in post-menopausal women who are particularly susceptible to bone density loss and even osteoporosis, which is a precursor to possible bone fractures later on in life. A visit to the hospital for a quick DEXA scan (weak x-rays) is enough to warn you if you have the onset of osteoporosis. It's worth noting that men don’t escape osteoporosis with 20% males also acquiring this problem later in life.

Vitamin B12 is involved in energy metabolism and helps to protect our brains and our cardiovascular system against degradation from homocysteine, a toxin that unfortunately builds up in our blood as we age. Many older adults simply cannot absorb B12 from their food, due to lack of stomach acid, so crystalline B12 (in tablets) is the only simple way of getting the B12 that they need. Failing to meet a sufficient dose may lead to symptoms of tiredness and fatigue coupled with lowered cognitive ability. If meat is off the menu, then supplementation is a must as this is the main source.

Other key vitamins of concern

Another nutrient of concern is Vitamin E, and US studies have showed that over 90% of all adults fail to meet the recommended intake. As vitamin E plays a key role in helping to protect our cells against free radical damage and inflammation, it too is one of those nutrients that should be supplemented in the over 50s. Being such a powerful antioxidant, vitamin E has also been suggested by many scientific groups to help protect against a range of inflammation-initiated ailments such as cognitive issues, heart health and even some cancers, though the science is still in its infancy. In my view, vitamin E is largely the forgotten vitamin.

UK diet studies also show that many older adults lack vitamin C, which can lead to loss of energy, poor immunity but also poor tendon and ligament health as vitamin C is a key nutrient involved in laying down new collagen—the main constituent of connective tissues such as this.

Riboflavin or B2 is another less known vitamin, but one which was also shown to be lacking in UK diet studies. Riboflavin is not only involved in energy production, but also is involved in vision and eye health, such an important area to look after as we age.

In part 3, we look into minerals to supplement and a study of muscle loss in adults of sedentary state.

Prime Fifty is the only brand that offers evidence based, carefully formulated supplements tailored specifically for the needs of the over 50s.

Health through the ages: Where are today's worries? - digital magazine
Nov 04, 2019