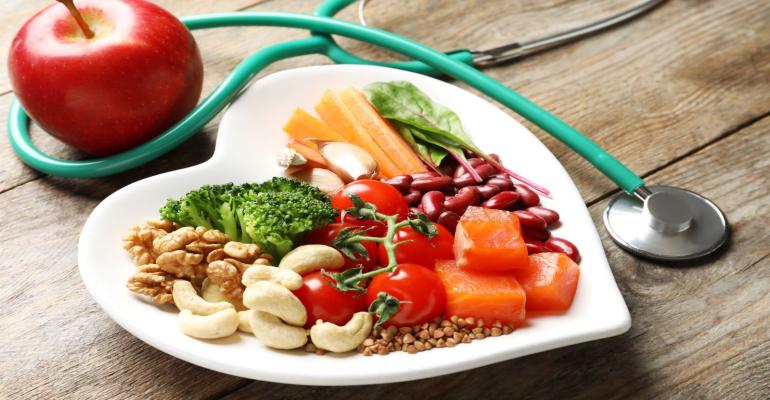 Consuming both plant- and animal-based protein was associated with a lower risk of high blood pressure.

Eating protein from a greater variety of sources – both plant-based and animal-based – is associated with a lower risk of developing high blood pressure (hypertension), according to a 12,000-strong Chinese study.

The observational study, published in the peer-reviewed journal, Hypertension, suggests that a balanced diet with a moderate amount of protein from a variety of sources may help prevent the new onset of hypertension.

The researchers analysed health information for nearly 12,200 adults living in China who took part in the China Health and Nutrition Survey, which ran from 1997 to 2015. The survey measured dietary intake in three consecutive 24-hour periods and took a household food inventory, among other measurements.

For this Hypertension study, the researchers tracked intake of eight different types of protein - whole grains, refined grains, processed red meat, unprocessed red meat, poultry, fish, egg, and legumes – and gave participants a protein ‘variety score’. One point was given for each type of protein eaten, with a maximum score of eight.

The scientists then calculated the association for new onset hypertension in relation to the protein variety score. They found that more than 35% of the approximately 12,200 individuals developed new-onset high hypertension during the follow-up. However, those with higher ‘protein variety’ scores (four or higher) had a 66% lower risk of developing high blood pressure compared to those with the lowest variety score (less than two).

Interestingly, simply eating more protein was not enough to reduce hypertension risk. To consider the total quantity of protein intake, the scientists also divided the amount consumed into five categories (quintiles), from least to most intake. They found that people who ate the least amount of total protein and those who ate most protein had the highest risk for new onset of hypertension.

“In summary, there was an inverse association between the variety of proteins with appropriate quantity from different food sources and new-onset hypertension,” write the researchers.

Study author Xianhui Qin, based at the National Clinical Research Center for Kidney Disease at Nanfang Hospital, Southern Medical University in Guangzhou, China, said: “Nutrition may be an easily accessible and effective measure to fight against hypertension. Along with fat and carbohydrates, protein is one of the three basic macronutrients.”

High blood pressure, if left untreated, damages the circulatory system and is a significant contributing factor to heart attack, stroke, and other health conditions, according to the American Heart Association.

It recommends people to eat healthy sources of protein, mostly from plants and may include seafood and low-fat or fat-free dairy products, and, if desired, lean cuts and unprocessed forms of meat or poultry. The non-profit health association advises eating one to two servings of protein each day, equivalent to around 5.5 ounces (156 g).