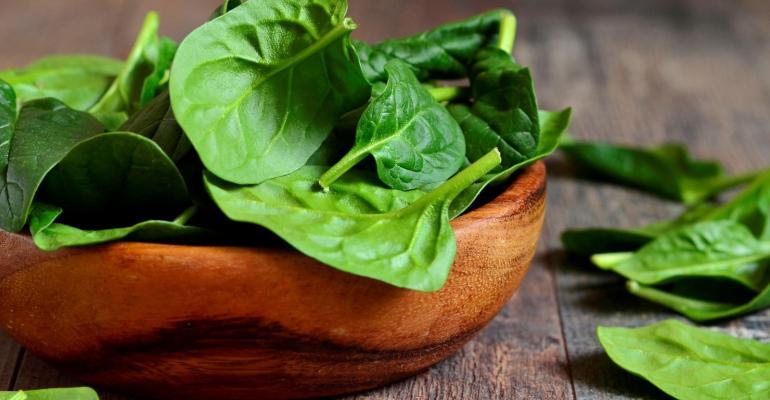 Preserving muscle health, particularly skeletal muscle fitness, is vital for maintaining functional independence and quality of life in old age. Exercise, dietary improvements, and nutritional supplementation are three suggested interventions for preventing loss of skeletal muscle mass and strength. Spinach extract is high in phytoecdysteroids, which have been shown to increase muscle mass and strength as well as minimise fatigue and facilitate recovery during resistance training.1

According to a recent study published in Nutrients (DOI: https://doi.org/10.3390/nu13124373), the combination of strength training and Spinacia oleracea L. extract supplementation could yield significant improvements in muscle strength and muscle quality as well as a reduction of fat mass and an increase in muscle mass.

The single-center, randomized, double-blind, placebo-controlled study investigated the efficacy of spinach extract supplementation on skeletal muscle fitness in adults performing resistance training. In total, 45 participants completed the study, 8 men and 37 women with an average age of 58.9 years. Participants included Caucasian men and postmenopausal women, aged 50-75 years, with a BMI less than 32kg/m2, and who did not perform scheduled weekly exercise. Participants were assigned either a placebo supplement or an extract of Spinacia oleracea L. and were instructed to consume four capsules daily, equating to 2 g/d, for 12 weeks. Participants trained three days a week, one hour per session. Muscle strength was evaluated using isokinetic and isometric dynamometry.

The intervention group that consumed the extract of Spinacia oleracea L. demonstrated greater improvements of muscle function than the placebo group. This included significant between-group differences in all variables across dynamometry testing at 180°s-1 and isometric dynamometry at 90° position. Additionally, the intervention group consuming the Spinacia oleracea L. extract experienced significantly higher improvements in muscle quality when compared to the placebo group.

There was also a significant decrease in fat mass across both groups alongside an increase in muscle mass; however, this could be largely due to the physical training. The intervention group also had higher increases in muscle mass, strength, and muscle quality for men. Since there were only eight male participants, these results should be interpreted cautiously. Females in the intervention group also experienced improvements in muscle strength compared to the placebo group, but achieved similar results in muscle mass of the lower limb.

The researchers concluded that “in subjects over 50 years of age, moderate-intensity strength training combined with daily supplementation for 12 weeks with a natural extract of Spinacia oleracea L. improved muscle-related variables and muscle quality.”