The power of plants: Could polyphenols be used in foods to promote healthy ageing? 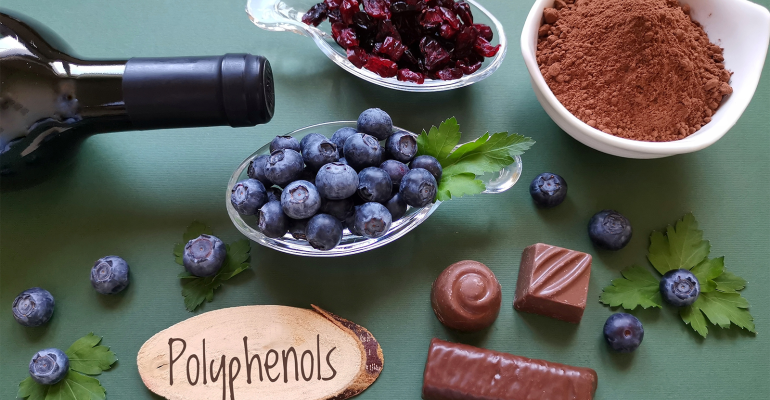 Researchers argue that there is increasing evidence to show that the regular consumption of polyphenols can contribute to healthy ageing, particularly if combined with a healthy lifestyle and diet.

Polyphenols – natural plant compounds found in foods including fruits, vegetables, green tea, dark chocolate and wine – are known to have antioxidant and anti-inflammatory properties, which protect against conditions including cancer, cardiovascular disease and diabetes. Some may also offer a defence against neurodegenerative disorders, such as Alzheimer's, Parkinson's and Huntington's diseases.

Now, researchers based in Spain argue that there is increasing evidence to show that the regular consumption of polyphenols can contribute to healthy ageing, particularly if combined with a healthy lifestyle and diet, such as the Mediterranean one.

Scientists from the Research Group on Biomarkers and Nutritional and Food Metabolomics of the Faculty of Pharmacy and Food Sciences of the University of Barcelona and the CIBER on Fragility and Healthy Ageing (CIBERFES) studied the interaction between polyphenols and gut microbiota. They found that polyphenols alter the intestinal microbiota and can induce the proliferation of bacteria with the ability to synthetise beneficial metabolites.

Among these is indole 3-propionic acid (IPA), a powerful postbiotic that may help to improve the health of the gut wall. This may contribute to the prevention of some diseases associated with ageing, the team, which was led by Professor Cristina Andrés-Lacueva, wrote in the journal Molecular Nutrition and Food Research.

“If we consider the beneficial effects of IPA on the gut microbiota and health in general, it is important to find reliable strategies to promote the production of this metabolite,” said one of the study’s lead authors, Tomás Meroño, from the Department of Nutrition, Food Sciences and Gastronomy of the University of Barcelona and CIBERFES.

The potential role of polyphenols in the treatment of age-related diseases has been a topic of interest in recent years. A 2021 study in Molecules concluded that incorporating higher doses of polyphenols into the human diet may be a suitable tool for primary prevention, lowering the incidence and delaying the onset of several chronic conditions, including cardiovascular disease, cancer, obesity and neurological disorders. Meanwhile, a 2021 review in Antioxidants (Basel) noted that some polyphenols, including EGCG, curcumin and quercetin, have been shown to extend lifespan in model organisms.

In the Spanish study, researchers carried out a multiomic analysis to monitor IPA levels in blood serum, as well as analysing the composition of the gut microbiota on faecal samples of 51 volunteers aged over 65 years who followed a diet rich in polyphenols (green tea, bitter chocolate, fruits including apples, pomegranate and blueberries) for eight weeks.

Consuming a diet rich in polyphenols generated a significant increase in participants’ blood IPA levels, together with a decrease in inflammation levels and changes in the bacteria of the microbiota. However, the same effects were not observed in volunteers with kidney disease. This could be explained by the altered composition of their gut microbiota, as these individuals had lower amounts of IPA at the beginning of the trial compared with volunteers with normal kidney function.

“These results could be clinically relevant, since the low IPA levels have been associated with a rapid decline of kidney function and a chronic kidney disease,” added Professor Andrés-Lacueva.

If raising the phenolic content of foods can lower the incidence and delay the onset of devastating diseases, how can industry harness these benefits?

There is growing consumer interest for functional products – ingredients that offer health benefits beyond their nutritional value, often via supplements or other additional ingredients. The functional foods market in the US was valued at $233,620m in 2021 and is projected to reach $418,439m by 2028, according to analysis by The Insight Partners. The market research firm said demand was being driven by an ageing population, as well as increased consumer interest in the relationship between healthy eating and wellbeing.

But despite polyphenols’ health profile, adding them to foods is not without risk. The British Nutrition Foundation warns that decisions on fortifying foods must take into account safety and technical considerations, including the bioavailability of the added nutrients and the risks of excessive intake among some individuals. Meanwhile, processing, preparation and storage can all influence products’ polyphenol content.

And, as demonstrated in the Spanish study, polyphenols’ bioavailability and effects depend on their transformation by components of the gut microbiota. As intestinal microbiota is both a target for nutritional intervention and a factor influencing the biological activity of other food compounds acquired orally, the reciprocal interactions between the two must be considered.

However, with growing proof that a polyphenol-rich diet could prevent chronic diseases that harm quality of life, and with consumers hungry to hear of new ways to help improve their health, the potential for the use of these powerful compounds in functional foods remains an exciting and largely untapped area for industry.