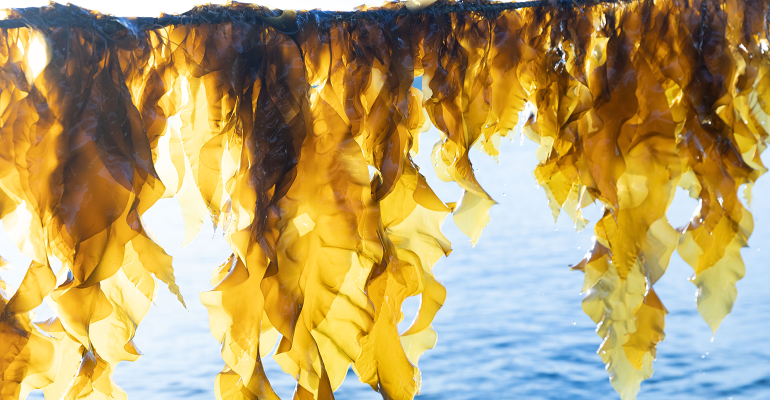 Seaweed, rich in essential nutrients and minerals, is gaining popularity as a sustainable protein alternative ingredient. How do the top three commonly used species - spirulina, chlorella, and astaxanthin - compare?

Feeding the world in 2050 will be no mean feat. With the global population expected to grow by two billion from 2019 levels, an area equivalent to double the size of India will be needed to sustain a required 60% increase in food production, data from the World Resource Institute (WRI) shows.

The task for food manufacturers today is to find ways of feeding the world’s booming population that are less harmful to the environment and to climate than traditional agricultural practices. That’s where macro- and microalgal cultivation comes in.

Rich in a variety of nutritional compounds such as proteins and essential amino acids and requiring minimal resources for growth, algae could be one solution to feeding the world, without destroying it.

The seaweed-like superfood taking the alternative market by storm

Macro- and microalgae are aquatic organisms found in fresh and saline water. Macroalgae, like wakame and nori seaweed, have been consumed by humans for thousands of years, traditionally in Asian and Aztec cuisine. In recent years, microalgae, microscopic photosynthetic organisms, have grown in popularity in applications in nutraceutical, diet supplement and alternative protein products.

Containing essential amino and fatty acids, including omega-3, omega-6, omega-7, as well as vitamins, such as A, D and E, algae is well-aligned with the ‘better for me, better for the planet’ trend and is quickly gaining interest in the functional foods, natural, and free-from product sectors.

In 2019 alone, over 500 patents were filed globally for algae-based food and drink products, more than double that of 2010 (172), data from Mintel shows. This excludes patents filed only in China which recorded 639 alone in 2019, showing the importance of algae as a food source in the Asian market specifically.

Given its high protein content and relatively low cost, algae are fast growing in popularity amongst vegetarian, vegan and sustainability conscious consumers. According to Mintel, around four in ten consumers in the US (36%), Canada (40%), and France (38%) are either already eating algae as a protein source on a regular basis or are interested in trying it.

Spirulina is leading the microalgae wave

Spirulina is a blue-green algae, packed with nutrients including fat-soluble vitamins (A, E, K), the omega-3 fatty acids, docosahexaenoic acid (DHA) and Eicosapentaenoic acid (EPA), beta carotene, and minerals. It is the leading edible algae in the food, drink and healthcare categories, representing 12% of new product launches globally from April to March 2020.

Several studies have found that spirulina may have a positive impact on varying areas of human health including blood pressure and sugar control, antioxidant capacity, cancer, and cholesterol, to name but few. Due to its high nutrient content, spirulina has been dubbed as a key ingredient in overcoming global malnutrition’ with the UN Food and Agriculture Organization (FAO) estimating that seaweed in just 0.03% of the world’s oceans would be enough to boost global food supply by up to 10%.

One company using spirulina is Nordic-Indian startup, Prolgae Spirulina Supplies. It has created a protein-rich sweet spirulina powder to be used as a superfood ingredient in the food and nutraceutical markets, as well as a variety of ready-to-eat protein bars.

By sun-drying the spirulina, Prolgae have found a way to preserve the ingredient’s high levels of protein and phycocyanin, while creating a crunchy texture. Containing fewer heavy metals and around 50% cheaper than its competitors, Prolgae stands out in the increasingly crowded market, according to Aakas Sadasivam, CEO and co-founder.

Could chlorella be the new soy?

Another microalgae ingredient making its way onto our supermarket shelves, chlorella is a single-cell green algae, well-known for its nutritional profile. Naturally rich in proteins, vitamins B8, B9 and B12, minerals and fibres, chlorella is becoming a common ingredient in the sustainable, plant-based alternative sector.

“Microalgae is one of the most nutritional plants that can be consumed today and in recent years, more and more food and beverage manufacturers have started to explore the usage of algae as a vegan, sustainable, plant-based and protein-rich alternative to existing crops already used,” David Erlandsson, co-founder of Aliga Microalgae said previously.

A key obstacle preventing microalgae from becoming a widely used ingredient has long been its strong, undesirable green-blue colouring and fishy flavour. By carrying out random mutagenesis of a non-genetically modified organism variety, Aliga Microalgae is able to produce a white chlorella ingredient, which it believes can rival the likes of soy and pea protein in vegan, alternative formulations.

“Soy, pea, wheat and pulses are the most used crops in analogues today, yet all these require vast agricultural land areas to be cultivated as well as some of them contain allergens,” Erlandsson said.

Microalgae such as chlorella and spirulina are much less resource intensive than conventional alternative protein sources such as soy, making them preferable amongst many environmentally conscious consumers.

“As it is a sustainable crop that is vegan, plant-based and protein-rich, many consumers see it as a good complement to other plant-based sources being consumed today,” said Erlandsson. 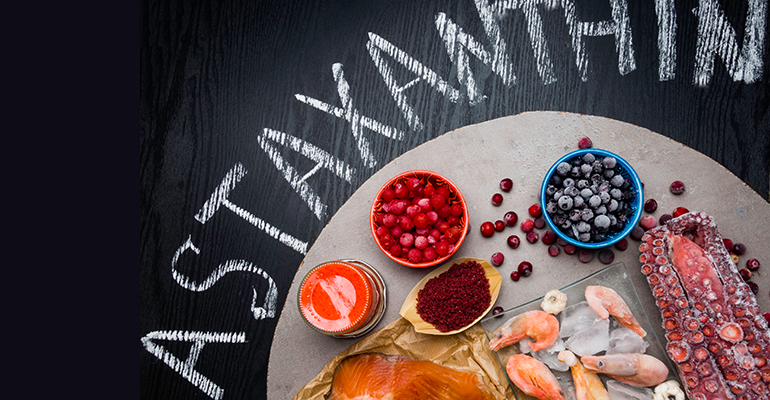 As well as being a viable protein alternative in food for human consumption, microalgae also offer opportunities for the animal feed market.

Astaxanthin is a red-coloured micronutrient that occurs in certain algae and is often used in human and animal nutrition for its antioxidant properties. Given its unique molecular structure, the antioxidant activity of astaxanthin is considered to be significantly highly than that of other carotenoids, such as zeaxanthin, lutein, canthaxanthin, β-carotene (ten times higher) and α-tocopherol (100 times higher). Compared with vitamins, these antioxidants are also more than 6000 times stronger than vitamin C and 550 times stronger than vitamin E.

California-based biotech startup, Bio-Kai, is producing 100% organic, non-GMO astaxanthin to feed salmon, chicken, and cattle. The startup uses a method of organic biosynthesis to naturally extract astaxanthin and cultivates it via fermentation of proprietary yeast.

By using fermentation, Bio-Kai says it can produce large amounts of high-quality biosynthetic astaxanthin, which is identical to the one found in nature, but at a much lower cost to both planet and wallet.

With 62% of all cereal crops grown in Europe ending up as animal feed, raising livestock on less resource-intensive, alternative forms of protein will be key in establishing more sustainable and secure global food systems in future.