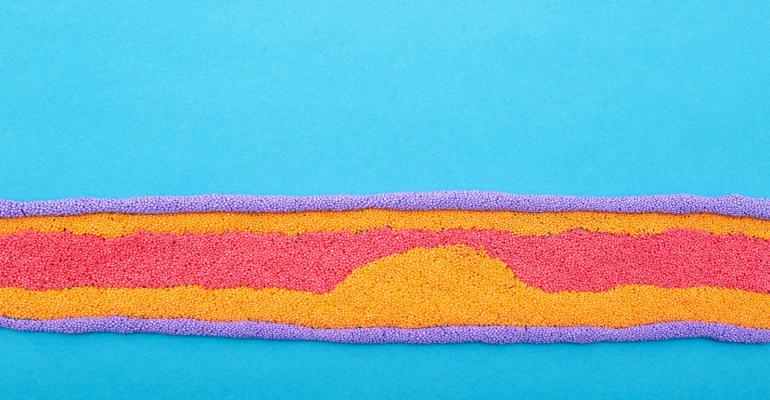 Providing vitamin K2 in combination with phosphate binders (PBs) could attenuate vascular calcification (VC) in patients with chronic kidney disease (CKD), according to a new animal study. Published in Nephrology Dialysis Transplant (DOI:10.1093/ndt/gfab314), the research team coordinated out of the Netherlands sought to understand how vitamin K deficiency exacerbates the potential for cardiovascular dysfunction.

Patients with CKD often have hyperphosphatemia, which is itself associated with cardiovascular disease (CVD); however, PBs given to bind intestinal phosphate can also bind vitamin K, which could aggravate an existing deficiency—also linked to CVD.

In the new animal trial, rats were first given warfarin to induce vitamin K deficiency. They were then fed a high phosphate diet with low- or high-vitamin K2, and randomized to control or one of four different PBs for eight weeks. The combination of high K2 and PB treatment significantly reduced VC in the thoracic and abdominal aorta, compared to either K2 or PB alone. Further, the high K2 diet with PBs reduced vascular oxidative stress.

The findings may guide further clinical research, according to Prof. Leon Schurgers, Professor of Biochemistry of Vascular Calcification and Vice-Chair of Biochemistry at the Cardiovascular Research Institute Maastricht (CARIM), Maastricht University, and corresponding author to this paper. In a statement, he commented: “CKD patients often express intense vascular calcification as a symptom of their condition. People with chronic kidney failure are often prescribed phosphate binders to reduce the absorption of dietary phosphate, to lower their serum phosphate which is a major risk factor for vascular calcification. However, PBs also bind vitamin K, thereby potentially aggravating vitamin K deficiency. This vitamin K binding by PBs may offset beneficial effects of phosphate level reduction on reducing vascular calcification. With this study, we wanted to assess whether combining PBs with K2 supplementation inhibited vascular calcification.”

The study was funded through a grant by the Norwegian Research Council, and NattoPharma, part of Gnosis by Lesaffre, provided its MenaQ7 K2 as MK-7 and additional funding. Dr. Hogne Vik, chief medical officer with NattoPharma – Gnosis by Lesaffre, stated: “While this is early research, it is still significant in furthering our understanding of the K2 mechanism and its potential for improving cardiovascular health for the global population, but specifically at-risk populations like those suffering from CKD.”