The impact of nutrition on mental health and wellbeing in ageing 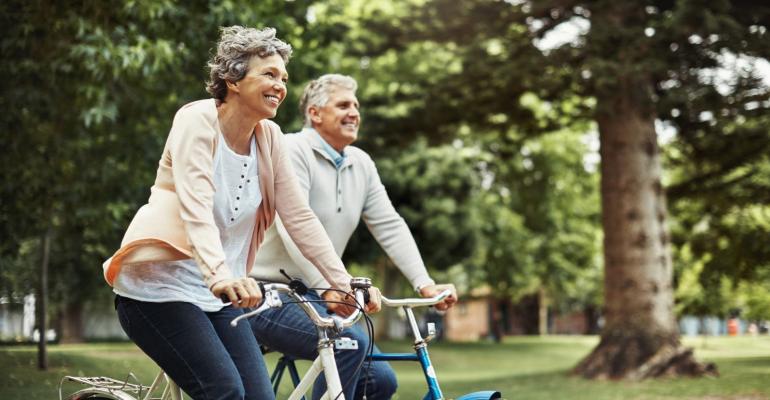 On International Day of Older Persons, we explore the correlation between healthy ageing, nutrition and mental health and wellbeing among older consumers.

As the world’s population ages and people live longer, the changes in the ageing brain present substantial challenges to personal and societal health. Age is the greatest risk factor for the most common type of dementia, Alzheimer’s disease (AD), which also has genetic influences. Despite the immutable forces of time and genes, recent literature emphasizes the importance of modifiable factors and the potential for maintaining brain and cognitive health throughout the lifespan.

Over the lifetime, the body’s molecules, cells, tissues, and organs undergo changes. But this is not uniform across different stages of life—not even within an individual.

Ageing and cognition
In addition to the macroscopic, cellular, and the molecular changes, behavioural brain ageing is also associated with cognitive decline, such as information processing speed, memory, reasoning, executive function, and low mood. Age-related cognitive decline is the natural deterioration in the brain’s performance over time, and nearly all animals, from the tiniest of worms, to snails, rodents and even your average household dog are experiencing natural cognitive decline. Humans begin to show signs of age-related cognitive impairment, most notably in learning and memory, in their 40s, with symptoms accelerating significantly past the age of 60.

Brain ageing and neurodegenerative diseases
Ageing is a key risk factor for many major medical health problems, not least of which are neurodegenerative diseases. Immune cells and secreted communication factors, which are responsible for tissue homeostasis in general, probably play important parts in brain ageing and neurodegeneration. In fact, many neurological and psychiatric diseases have been proposed to result in premature or accelerated ageing, based on clinical observations and behavioural or biological research. These include schizophrenia, depression, epilepsy, HIV infection, and traumatic brain injury.

Role of nutrition and diet
A good nutritional status is important for maintaining normal body function and preventing or mitigating the dysfunction induced by internal or external factors, particularly at late-life stage. An increasing number of studies are revealing that diet and nutrition are critical not only for physiology and body composition, but also have significant effects on mood and mental well-being through anti-inflammatory, antioxidant, neurogenesis, and microbiome- and immune-modifying mechanisms, as well as through epigenetic modifications. Dietary/nutritional profile affects not only brain composition, structure and function, but also endogenous hormones, neuropeptides, neurotransmitters, and the gut-brain axis modulating the stress and inflammatory pathway in preservation of cognitive function. In addition to a healthy and balanced diet, the supplementation of micronutrients (e.g., vitamins and minerals) and macronutrients (e.g., fatty acids) can provide several beneficial effects, due to their multiple biological roles.

Dietary/nutritional patterns, rather than specific nutrients, may impact cognition and health outcomes in aging. The Mediterranean diet (MedDiet) has shown a significant impact on extending life expectancy by reducing the rates of CVD, certain cancers, and other diet-related chronic diseases. Classically seen in countries such as Greece and Italy, the MedDiet is low in saturated fat and characterized by abundant plant foods (fruit, vegetables, olive oil, breads, cereals, potatoes, beans, nuts, and seeds), dairy products (principally cheese and yogurt), low to moderate amounts of fish and poultry, low amounts of eggs and red meat, and low to moderate wine consumption, typically with meals.

Eating behaviour (e.g. food choice, eating habits, dietary intake) can change during aging due to physiological, psychological, and social changes. Older people are the major nutritionally vulnerable group, because of the interaction of multiple interrelated factors, such as poverty, loneliness and social isolation, developing a condition called “nutritional frailty.” This can lead to chronic depression.

Use of food supplements and nutraceuticals are an interventional strategy with the potential to slow and/or prevent the development of age-related cognitive decline. However, this industry confronts numerous challenges of therapeutic dose and delivery optimisation, appropriate control counterparts, individual differences in response due to genetic makeup and environmental exposures. Other challenges are the limitations of rapid metabolism, non-specific targeting, poor solubility, lack of blood brain barrier (BBB) permeability and reduced bioavailability. Therefore, novel drug delivery systems, including nanoparticles, nanoencapsulation, nanofibers, chitosan and micelle-based delivery are being developed and should be widely used in nutraceutical interventions.

Gut microbiome, ageing, and AD
The gut microbiome, a community of microorganisms in the gastrointestinal tract, has shown to have a direct relationship on the central nervous system (CNS) and “brain-gut-microbiota axis” conception (Ghosh, 2019). It is well accepted that the intestinal microbiome can influence brain functions through afferent signalling pathways and through the secretion of biologically active substances. Intestinal dysbiosis is caused by changes in diet, the use of antibiotics and non-steroidal anti-inflammatory drugs, as well as the presence of pathogenic microorganisms, which leads to cognitive dysfunction, particularly in the elderly population. It is a fact that unhealthy diet, lack of sleep, circadian rhythm disturbance, chronic noise, and sedentary behaviour are linked to neurodegeneration. It has been demonstrated that AD rates increased from 1% in 1985 to 7% in 2008 in Japan, which is associated with nutritional transition from the traditional Japanese diet to a Western diet. The link between novel associations between the intestinal microbiome, lifestyle, and dementia, could unearth for development of practical recommendations for the prevention and treatment of this severe pathophysiology.

Conclusion
Mental health is an integral and essential component of human health, and an unhealthy lifestyle can be associated with a poor mental health. Scientific findings encourage the integration of micro- and macronutrients in a well-balanced and varied diet, accompanied by a healthy lifestyle, for preservation of normal brain function and well-being. This strategy is of particular importance when considering the global human aging and that the brain suffers significantly from the life-long impact of stress factors. The importance of maintaining a healthy brain during ageing is increasingly being recognised as a goal for society.

Although certain nutrients such as omega-3 fatty acids, flavonoids and B vitamins have been found to impact disease mechanisms underlying cognitive ageing, but the focus on the beneficial health effects of specific nutrients has shifted towards multi-nutrient and whole diet approaches to improving brain health.

Muscaritoli M. 2021. The Impact of Nutrients on Mental Health and Well- being: Insights From the Literature. Front. Nutr., 08 March 2021