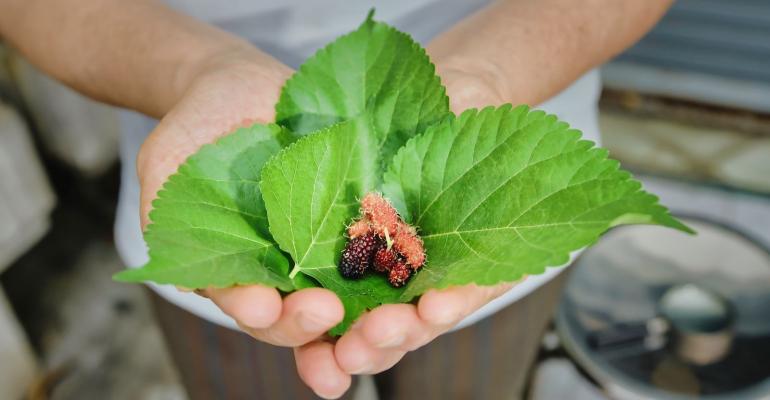 Cardiovascular and cerebrovascular disorders are some of the most common causes of death worldwide. These disorders can stem from abnormalities in blood vessel contractions that impair blood flow in the heart, brain, and other organs. Furthermore, incidents of vascular disease are increasingly due to abnormal contractions that can affect healthy individuals of all ages.

Mulberry leaves have high antioxidant activity and have been traditionally used to support blood pressure and healthy inflammation. Until recently, the impact of mulberry leaf extracts on vascular abnormal contraction has been unknown.

According to a recent article authored by researchers from Kagoshima University, “regular intake of mulberry leaves as a functional food, nutraceutical, and/or preventative medicine can prevent vascular abnormal contraction.”

In this study, mulberry leaves were segmented into fresh leaves and tea leaves. These were further split into categories based on the age of the tree from which they were collected: more or less than 20 years old, and whether they were roasted or unroasted. Mulberry leaf extract from trees older than 20 years prevented vascular abnormal contraction of human coronary artery smooth muscle cells (HCASMCs). However, when the mulberry leaves were roasted and when the mulberry leaf extract was not added during contraction, the preventive effect was reduced. This result occurred despite 60 hours of prolonged exposure to the mulberry leaves.

Fisetin was found in abundance in mulberry leaves, especially those that were less than 20 years old. However, due to the expression of antioxidant enzymes changing depending on the tree's growth stage, other substances could offset the preventive effects on vascular abnormal contraction. Therefore, it is suggested that information including the age of the tree and heat treatment of leaves is examined before using mulberry leaves as a dietary source of fisetin. The study found that fisetin is effective at concentrations of 1 μmol/L or above.

The importance of nutrition to strengthen resilience
Oct 29, 2021