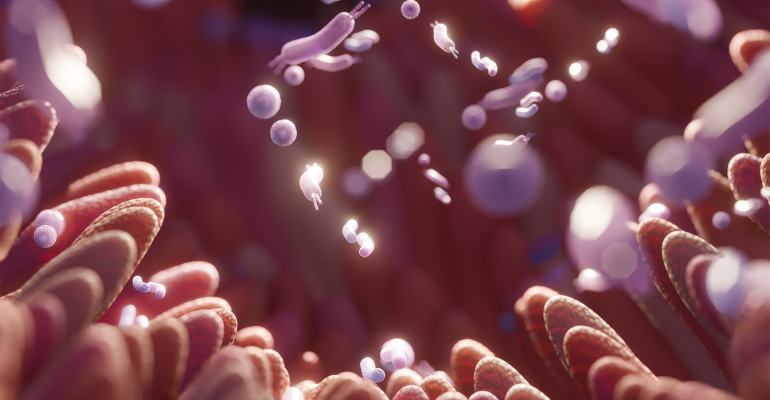 The researchers behind the Danish study are already working with a private sector partner to scale up and commercialise production of protein derived from the soil bacteria Methylococcus capsulatus (Bath). They hope to identify the bioactive molecules in M. capsulatus (Bath) responsible for the health benefits that could, in the future, be used in food supplements.

Reversing the effects of a Western-style diet

As part of the study, published in the peer-reviewed journal Nature Communications, the researchers fed mice a Western-style diet for several weeks, made up of protein, carbohydrates, and fats, in proportions similar to eating burgers on a daily basis. When the mice began to show signs of metabolic syndrome – the precursor to developing type 2 diabetes – the researchers switched the protein source for bacterial protein, keeping all other elements of the diet unchanged. A freeze-dried form of the bacteria protein was used as this breaks down the cell walls, releasing the protein and other nutrients.

In just a few weeks, the mice showed signs of being healthier, wrote the researchers: their insulin sensitivity modestly improved, glucose tolerance was greater, and their weight stabilised. The composition of their gut microbiota also changed, promoting metabolic and immune health.

The researchers, led by Benjamin A. H. Jensen, head of nutritional immunology at the University of Copenhagen’s faculty of health and medical sciences, suggest this may be because the protein promoted the growth of beneficial bacterial strains in the gut microbiota, including Parabacteroides, as well as some regulatory T cells, which help to keep the gut healthy and counteract food allergies.

But what is the significance of these findings for human nutrition, given that the results are based on a mouse study?

“There is always a translational issue, but I would generally be very optimistic in terms of gut health,” Jensen told Vitafoods Insights. “The microbiota normalising impact of this bacteria-derived protein exceeds anything ever observed before, suggesting that even modest translatability may have an impact.

“I am also optimistic in terms of gut health – for example, [inflammatory bowel disease] IBD and other diseases characterised by gut inflammation – but here dose-finding studies or even better identifying bioactive compounds are likely warranted.”

The researchers plan to conduct clinical trials but, before they do so, will need to conduct further preclinical studies, including toxicology studies.

In any case, Jensen said the research had potentially important implications for the food and nutraceutical industry.

“For the food industry, I think novel or alternative protein sources are highly needed from an environmental perspective. This bacteria-derived lysate is extremely sustainable [as] it requires roughly 0.03% of the landmass [compared to] plant-based protein to produce an equivalent biomass.

“When it comes to nutraceuticals, we likely need to identify the effector molecules first to enable a clinically feasible setup in terms of dosing etc,” he added.

Protein for healthy people and planet

The study has already attracted the attention of gut health specialists.

Commenting on its significance in a Linkedin post, probiologist and probiotic expert Nina Vinot said: “When protein in a high-fat diet were switched to the bacterial lysate, the metabolic profile of the mice was improved, which could be explained by a prebiotic effect and an immunoregulatory effect of the bacteria, with an increase in [regulatory T cells] Tregs production.

“And Methylococcus derives energy from methane, so it could kill two birds with one stone – bring healthier alternative protein to our plate, and capture atmospheric methane. Long live bacteria!” she wrote.