Keeping an Eye on Visual Health: The Importance of Nutritional Intervention Throughout Life 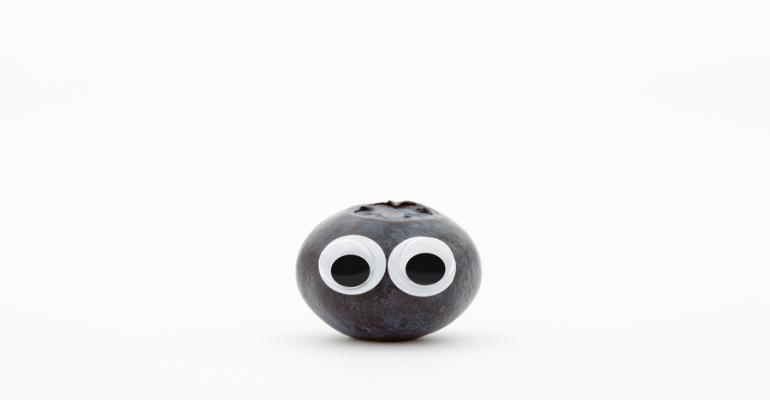 From birth through to old age, it is crucial individuals optimally develop and protect their vision to support their eye health throughout life.

Eye health is now considered a primary health issue in many areas of the world. A recent global health concerns study commissioned by DSM interviewed over 7,500 people across 10 countries showing eye health was the number one concern among adults.1 70 percent of consumers expressed worries about their eye health ahead of other issues, including tiredness, weight management and protection against disease. The survey findings reflect the growing awareness of lifestyle-related threats—such as blue light—to visual performance, as well as conditions such as age-related macular degeneration (AMD) to eye health later in life.

From birth through to old age, it is crucial individuals optimally develop and protect their vision to support their eye health throughout life. However, each life stage presents a number of different risk factors:

It is well established that the so-called ‘first 1,000 days’—from the first day of pregnancy, until the child’s second birthday—is the pivotal stage in visual development.

Children and teenagers are now exposed to blue light from TVs, computers, smart phones and tablets, in addition to sunlight. For example, in the UK, 81 percent of 10 to 15 year olds with a mobile phone also use a second screen while they watch TV.2 The peak emission of light from electronic devices is about 470 nm, in the middle of the blue light range (400 – 500 nm), and studies have found this wavelength can cause adverse effects on eye health.

During adulthood, it is critical to both maintain visual performance and futureproof against potential impairment as people age. However, like the younger generation, adults are experiencing more blue light exposure than ever. While children and the elderly absorb more blue light, adults can have prolonged exposure when using screens for long periods of the day. This can also impact on eye comfort, even causing stinging or burning sensations in some cases.3 Other risks to adult visual performance include glare sensitivity outside, such as when driving or exercising in sunlight, and photostress recovery, which causes bright lights to ‘blind’ people for a short period of time.

As the number of people aged over 50 years is increasing, it is likely that cases of AMD and cataracts will also rise.4 AMD is expected to affect 5.44 million people in the US by 2050.5

Currently, 285 million people are estimated to be visually impaired worldwide.6 With the rapidly ageing population and cases of related conditions such as diabetes also growing, the number of people with sight problems looks set to double in the next 25 years.7 A recent report estimated it will cost the European Union €89.46 billion per year to manage the consequences of severe or late stage AMD alone.8 Given the economic toll associated with visual impairment, healthcare practitioners should be encouraged to explore preventative strategies to maintain eye health, such as nutritional intervention. This presents an exciting opportunity for dietary supplement manufacturers to support eye health through new innovations backed by science.

Research has previously highlighted the beneficial role of ingredients such as omega-3 fatty acids, vitamin C, vitamin E and zinc in eye health. In the EU, there are also a number of authorised health claims which validate the beneficial roles these nutrients have in supporting normal vision throughout life, as well as visual development during early life.9 In particular, there is substantial evidence to suggest carotenoids—such as lutein and zeaxanthin—have a beneficial role at all life stages. Both nutrients accumulate selectively in the eye to form the macular pigment (MP)—a yellow pigmented spot in the retina which plays a critical role in maintaining visual health by protecting the eye. The MP acts as a filter for the eyes, blocking blue light from reaching the underlying structures in the retina and reducing the risk of light-induced oxidative damage.

It is clear eye health is becoming a growing concern among consumers worldwide, particularly in a digital age with an increasingly elderly population. While advances in treatment have meant that visual impairment is no longer an inevitable consequence of ageing, it is crucial preventative measures continue to be put in place. Several emerging scientific studies have highlighted the increasing role of nutritional solutions, such as lutein and zeaxanthin, in supporting visual development and protection. As such, dietary supplements are receiving more attention for their potential to meet individuals’ visual health needs at different life stages. This presents an opportunity for manufacturers to align with consumer concerns and develop targeted eye health products.