A Global Perspective on Probiotics 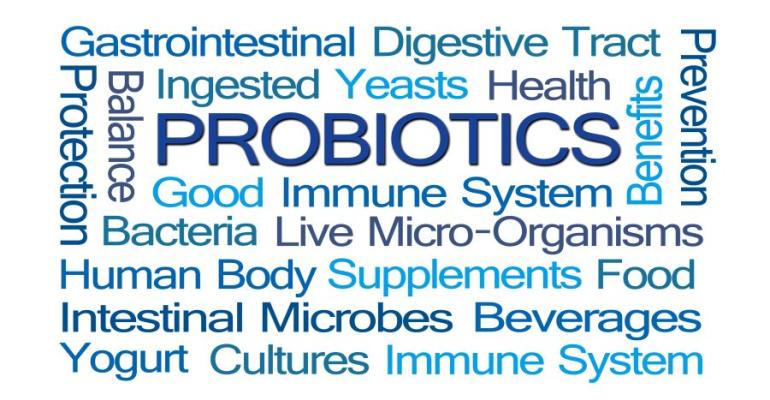 The probiotics market is experiencing unprecedented year on year growth and is estimated to be worth &euro;37 billion, but this burgeoning industry is not without its challenges.

The probiotics market is experiencing unprecedented year on year growth. The IPA is excited to be in a burgeoning industry which is backed by up and coming science - but it is not without its challenges.

Industry analysts have attempted to forecast sales and growth, but it seems every time we look the number has evolved further. The probiotics market, in both food and supplements, is estimated to be worth €37 billion. Over the next seven years, that number is predicted to reach over €47 billion, and some estimates place it at over €66 billion, as usage expands globally.

While dietary supplements are undergoing rapid change in format and delivery systems, foods containing natural probiotics and foods fortified with probiotics are market leaders, including sauerkraut, sports bars and beverages. The animal probiotics segment is also growing at a fervent pace as probiotics are increasingly added to feed in conjunction with or as a replacement for antibiotics.

Some countries rely more on indigenous forms of fermented foods rather than supplements for their daily dose of beneficial microbes —think kimchi in South Korea, yoghurt in Europe or sour milk drinks in Middle Eastern countries—however, as diets change to include more packaged and processed foods, demand for supplements will grow. On the other hand, areas of the world which originally did not embrace probiotic-rich foods are now starting to see a rapid growth and acceptance of this segment; think of kefir and kombucha entering the lexicon of American consumers.

Sector growth is driven by increased awareness across global platforms powered by technological expediency via social media, but public health programs and traditional media are also highlighting the role of probiotics in health.

It is noteworthy that probiotics are no longer relegated to digestive health categories on the shelf. In the past decade, large research monies, most notably the National Institutes of Health (NIH) Human Microbiome Project, have spurred discovery that the microbiota is integral to the immune system, metabolic systems, and respiratory system and may prevent or treat many chronic diseases and disorders. This remarkable expansion of duties or rather ‘discovered capabilities’ will be a force behind increased adoption of their applications.

Aging populations across many continents, most notably North America and Western Europe, are also a driver for increased consumption. As people age, health needs escalate and interest in health generally increases as well.

Rising healthcare costs are propelling enhanced attention to prevention across the sphere of health care. Probiotics are part of the strategy for many consumers and health practitioners.

The State of Science Outside of Conventional Probiotic Usage

Recent advances in sequencing technologies and genomic profiling have led to an explosion in analyses of microbiota, a discovery which one 2015 review described as ‘comparable in influence to a new organ in the body and offering the possibility of a new route for therapeutic intervention.’

Efforts to translate this groundbreaking knowledge into viable health care prevention and treatment continue to progress beyond the more established microbial sites such as the gastrointestinal tract and the easily accessible ones, including the vagina, urinary tract and oral cavity. Indeed, mounting evidence suggests that the microbiota influences health beyond the customary sites.

In more recent scientific publications, we have seen alterations in gut microbial composition associated with marked changes in behaviours relevant to mood, pain and cognition, establishing the critical importance of the bi-directional pathway of communication between the microbiota and the brain in health and disease. Moreover, dysfunction of the microbiome-brain-gut axis has been implicated in stress-related disorders, including anxiety.

Enlarging the scope of the recent research, metabolic disorders including hypertension, dyslipidemia, obesity and diabetes reflect a complex tangle of interfaces with the microbiota representing only one of the multiple factors at play. A 2014 meta-analysis of nine randomised, controlled trials revealed ‘consuming probiotics may improve blood pressure (BP) by a modest degree, with a potentially greater effect when baseline BP is elevated.’ Recent studies have demonstrated that lactobacilli or bifidobacterium could exhibit hypolipidemic effects in animal models and in humans. Gut microbes may also direct fat accumulation in several enterprising ways, per a 2015 review article.

The science is potentially endless. It is relevant to note that while different entities—including the NIH Human Microbiome Project—seek to clarify data, more prospective randomised human studies will reveal causal relationships as opposed to correlation of these micro-inhabitants with our human bodies.

Investment seems to follow all this proven science and market growth. Venture capital is flowing into the space, but is cautious on how it approaches the sector.

This is partly because the microbiome is unusual in that it crosses food, drug and device pathways with important differences in regulation as well as execution. This makes the venture more complicated but also potentially more lucrative. Per Wall Street Journal’s Brian Gormley, ‘Venture-capital investment in microbiome companies has grown at a faster rate than overall venture-capital funding. From 2011 through 2015, venture funding in microbiome firms soared 458.5 percent to [€107 million], while overall venture investment grew 103.4 percent to [€70 billion].’

This seems to fit with the statistic presented by Euromonitor International’s Ewa Hudson, during the Supply Side West show in October 2016: the probiotic supplement sector has seen unprecedented growth in the last 10 years of 249 percent, has outpaced every other supplement sector since, and is forecasted to continue this blistering pace to 2021.

For more information in IPA and its initiatives please visit www.internationalprobiotics.org