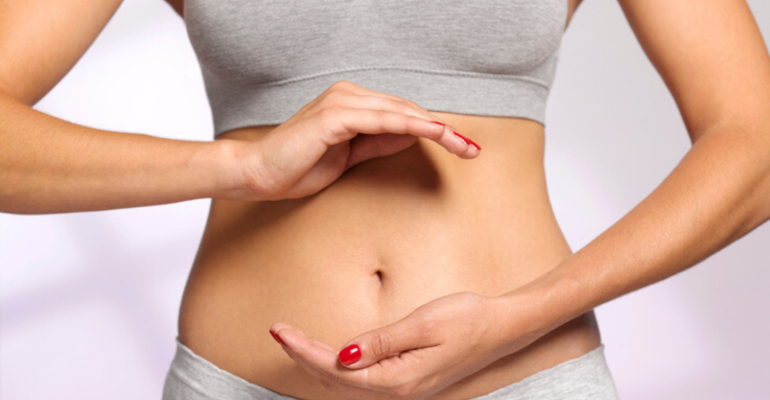 Human colon plays a central role in our immunity, and functions via several mechanism including the GALT system (Gut Associated Lymphoid Tissue). Colon microbiota contributes to our wellbeing by activating either directly or indirectly certain colon immunity components. 'Normobyosis' is defined as a status where gut microbiota is in a beneficial equilibrium, providing competence against potential photogenic threats. Bifidobacteria and certain Lactobacillus species are an important group of bacteria which by proliferating in our colon help sustaining a healthy gut and stimulate the immune system.

Prebiotics are nutritional compounds proven to selectively stimulate the proliferation of Bifidobacteria and certain Lactobacillus species populating the colon and are resistant to upper digestive system action. Certain soluble oligosaccharides are well known prebiotics and have been documented as a beneficial nutritional tool to support a healthy colon. Moreover, prebiotics also act by contributing to immune function and resistance towards potential pathogens.

Short chain Fructo-Oligosaccharides (sc-FOS) are one group of strong prebiotics highly documented for their beneficial roles in colon wellbeing. The shorter oligosaccharides consisting sc-FOS (namely Kestose and Nystose) have been documented to be more rapidly, and specifically utilised by Bifidobacteria and certain Lactobacillus species, therefore able to provide a proven prebiotic effect at lower doses when compared to longer chain oligosaccharides (including also poly-fructans). The biological basis for the preferential 'fermentability' lays in evolutional history, which resulted in unique enzymatic abilities innate to these bacteria enabling them to selectively prefer short oligosaccharides.

The stimulatory action of such prebiotics on the immune system is believed to happen via contact with gut dendritic cells (DC) which are responsible for sampling immune active components from gut content, and intraepithelial lymphocytes (IEL) which can react while activated by food ingested components. Also, prebiotics such as sc-FOS can positively modulate the innate immune barrier by modifying integrity of “Tight Junction” or by causing signals from epithelial cells to the underlying immune cells layer. Moreover, short-chain fatty acids (SCFA) resulting from the fermentation of sc-FOS (butyrate, acetate and lactate) can assist by directly acidification of the colon lumen which helps in preventing the potential colonization by harmful pathogenic bacterial strains. In addition, SCFA play direct roles in sustaining the integrity of gut epithelial barrier by either direct or indirect pathways.

Respiratory Infections like common flu are often a result of viral agents such as Influenza virus. This type of viral infection results in millions of annual death cases all over the world. Respiratory infections pose a significant risk factor threatening human health, especially for elderly people and those with compromised immunity. Gut microbiological interventions can assist in balancing the gut micro-ecological environment and maintain the intestinal barrier function. In this essence, prebiotics are perceived as potential supporting nutritional tools contribute to the optimal maintenance of the immune resistance including viral infections and secondary bacterial infections.

For example, in an animal study, Trompette at.al. (Immunity 48, 992–1005, May 15, 2018) reported that prebiotics and SCFAs have dual beneficial effects on the immune system allowing mice to better resist viral infections such as influenza. Enhancement of discrete components of the immune system such that the immunological tone in the mice airways was claimed to be set to a level that allowed viral clearance, while avoiding exaggerated tissue damage. A conclusion of this study was that prebiotics. probably via SCFA production resulted in an immune equilibrium, balancing innate and adaptive immunity so as to promote the resolution of influenza infection while preventing immune-associated pathology.

In this context prebiotics such as sc-FOS can play a role in providing a nutritive supporting tool for healthy humans especially for those with weakened immune system by sustaining an improved healthy colon and enhancing its role in innate immunity. For example, in a human study, fructo-oligosaccharides have been included as a constituent of a nutritional formula (9% inclusion) for seniors (183-day follow-up, age >65). The results of this study showed positive enhancement of the immune function measured by antibody and lymphocyte proliferation, and reduced count of days of symptoms of upper respiratory tract infection following an influenza vaccination (Langkamp-Henken et. al., 2004, JAGS 52: 3-12).

Recently Galam group has initiated the operation of its new plant for short chain fructo-oligosaccahrides (sc-FOS) branded GOFOS followed by a worldwide reach out. Enhancement of gut health and immunity by nutritive ingredients such as GOFOS may provide an additional non-medicinal supporting day-to-day tool especially in times such as those we are facing now with the outbreak of COVID-19.