The infant gut microbiome: A key factor for future health 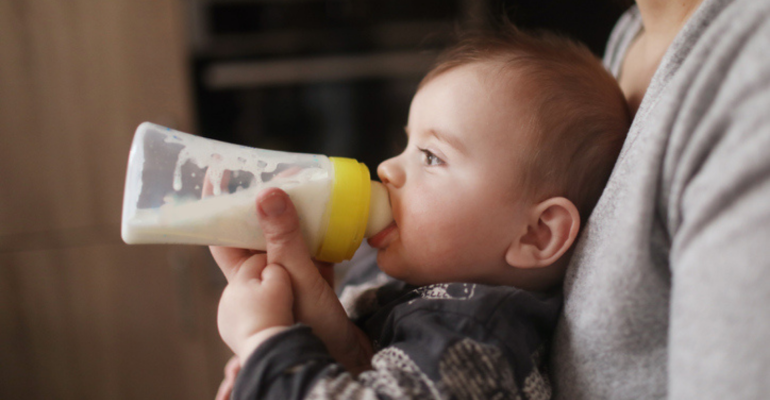 Several factors can shape a child’s gut microbiota, which can have a profound impact on childhood development.

A key area of research in recent years has been the human gut microbiome, which plays an important role in not only digestion, but in a variety of other functions throughout the human body. The influence of these complex microbial communities goes far beyond the gut.

Notably, the gut microbiome plays a crucial role in our immune system’s development, especially early on in childhood[1]. Several factors, such as mode of delivery, diet, environment, and the use of antibiotics can shape a child’s gut microbiota, which can have a profound impact on childhood development. A strong link between infant health and the gut microbiome has been well established in scientific literature, and research shows that changes in the gut microbiome early on in life are linked to a higher risk of developing conditions such as, obesity, diabetes, inflammatory bowel disease, asthma, and other allergies later on in life[2].

Microbial gut colonisation first occurs during childbirth, with the mode of baby delivery being a key factor in microbial composition. Vaginal delivery will generally result in bacterial communities resembling their mother's vaginal and fecal microbiota, and the baby’s gut microbiota is usually enriched with Lactobacillus, Bifidobacterium and Bacteroides [3]. In contrast, a caesarean delivery will result in similarities to the mother’s skin microbiota and the hospital environment in which the baby was born. A caesarean delivery will also result in higher levels of Staphylococcus, Streptococcus, Propionibacteria, Enterobacter and Enterococcus in the gut microbiota[4].

Type of feeding is also a contributing factor to the development of the gut microbiome. For example, breastfed infants tend to show low levels of bacteria diversity and a high abundance of Bifidobacteria and Veillonella disper species. Infants fed otherwise were characterized as having a more diverse gut microbiota. In breastfed infants, some bacterial species can be found in both the mothers breast milk and the infants gut microbiome, indicating a clear microbial transfer from mother to child[5].

Another factor to consider is the infant’s antibiotic intake. Antibiotics have been linked to long-lasting gut microbiota changes, such as reduced colonization of beneficial Bifidobacterium species, decreased bacterial diversity and richness[6], and an increased abundance of non-beneficial bacteria, such as Enterobacteriaceae. Research also suggests that antibiotic use in children is associated with a higher risk of childhood obesity[7], allergies, and asthma[8].

Research also indicates a clear correlation between the development of diseases later in life and changes in the gut microbiome early on in life, implying that there is a ‘window of opportunity’ in which infant microbiota development can have a significant effect on our health. Subsequent intervention, such as probiotic supplementation, could be used to ensure healthy microbiome development, thus leading to greater overall health later in life.

A possible way to restore the gut microbiota might be supplementation using bacteria species that resemble the initial infant microbiota, and research has shown that preterm infants taking Bifidobacterium bifidum and Lactobacillus acidophilus show a gut composition similar to that of healthy full-term babies[9]. Such studies show that probiotics can have a significant influence on the development of the gut microbiota early on in childhood, thus helping prevent the development of multiple chronic diseases and conditions later in life.