The Impact of Dietary Protein and Red Meat on Colonic Health 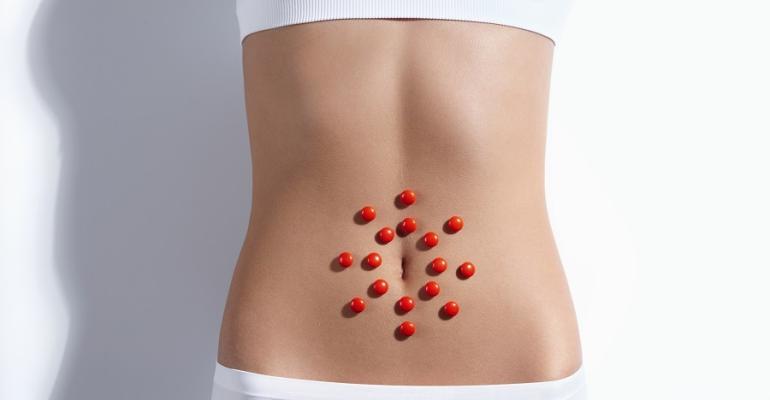 Diets high in protein and red meat might be problematic in terms of gut health, especially when carbohydrate intake is low

Dietary protein is efficiently digested in the human small intestine. The consumption of high protein diets leads to more protein escaping digestion and additional protein will be transported to the large intestine. Here, bacteria from the colonic microbiota will use the proteins and amino acids as an energy source. When amino acids are fermented in such a way, several potentially harmful by-products are released into the gut lumen. Among these, N-nitroso compounds are formed from precursor amines that derive from amino acid fermentation combined with high intake of dietary nitrate and nitrite. These N-nitroso compounds are intestinal carcinogens which are increased in human faeces by consumption of diets high in red and processed meat.

High protein diets are popular and successful weight loss diets because they can help consumers feel `full’—they are satiating. However, diets high in protein and red meat might be problematic in terms of gut health, especially when carbohydrate intake is low. Decreased intake of dietary carbohydrates and dietary fibres changes populations of gut bacteria and decreases the production of beneficial fermentation products such as the short chain fatty acid butyrate (Russell et al. 2011).

·         Gut bacteria in the colon break down carbohydrates to produce beneficial short chain fatty acids. If diets are high in protein, gut bacteria will also break down protein and amino acids and produce an array of metabolites.

·         Some bacterial breakdown products from protein and red meat will damage DNA in gut cells. This damage is believed to be an early event in cancer development.

·         The World Cancer Research Fund and the UK Scientific Advisory Committee on Nutrition therefore recommend to limit red meat consumption to no more than 500 g a week, with as little processed meat as possible to minimise the risk to develop colorectal cancer.

·         New evidence suggests that the potential adverse effect of high protein and high meat diets on the gut could be counteracted by incorporating increased dietary fibre into the diet. However, this needs to be proven in humans.

Our research explores how the balance between dietary protein, red meat, carbohydrate and dietary fibre drives the formation of potentially harmful breakdown products in the human gut. We conduct carefully controlled dietary intervention studies in human volunteers, which enable us to precisely monitor the food consumed by each volunteer over several weeks. In faecal samples collected from these volunteers we measure an array of bacterial fermentation products.

Our findings demonstrate that dietary fibre can ameliorate these shifts in gut fermentation as result of high protein diets (Gratz et al. 2018). In ongoing studies we incorporate various dietary fibres into diets relatively high in protein and red meat, aiming to prevent or limit the production of harmful fermentation products that we previously observed.

Our research will help to develop diets that utilise the satiating effects of dietary protein while counteracting any potential negative effects on intestinal health. This could lead to recommendations for the general public on how to improve their dietary balance to achieve optimal health and wellbeing. It may also assist the food industry with the development of new products, or re-formulation of existing products, which can aid weight loss as part of a healthy balanced diet.