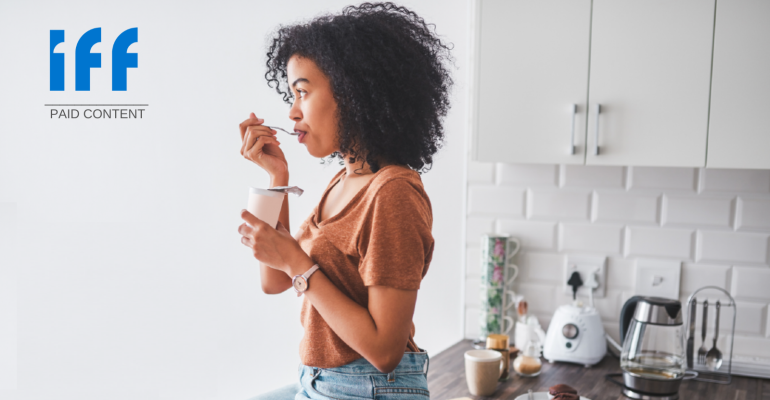 While evidence on the exact mechanisms of how the gut influences the brain—and vice versa—is still emerging, research has demonstrated probiotics’ strong link to the gut microbiota, promoting brain health and reducing stress via the microbiota-gut-brain axis.1

A complex bi-directional communication pathway, the microbiota-gut-brain axis is essential for maintaining stability in the gastrointestinal, central nervous and microbial systems. The gut microbiota produces neuroactive compounds, which signal directly to the brain or indirectly through the enteric nervous system (ENS). The ENS is a network of nerves located within the gut at the interface between the microbiota, vagus nerve—which transmits sensory information from the gut to the brain—and hypothalamic pituitary adrenal (HPA) axis, the body’s central stress response system. Signals along the microbiota-gut-brain axis can influence brain function and even behavior.

While stress is a normal, biological response, prolonged stress can lead to persistent activation of the stress response system, including the HPA axis. Stress hormones, such as cortisol, can alter microbiota composition over time, leading to detrimental effects on physical and cognitive health. Fortunately, prolonged research has shown that orally ingested probiotics can reach the gut, bolster populations of healthy bacteria, and improve physical and cognitive health.

To better understand probiotics’ effects on brain health, IFF Health conducted a series of pre-clinical trials investigating 12 probiotic strains to determine whether they could reduce stress-related behaviours using a mouse model of chronic restraint stress.2 At the end of the study, three promising probiotic candidates emerged. Chief among them was Lacticaseibacillus paracasei Lpc-37® (Lpc-37®), which was effective in preventing anxious and depressive behaviors in stressed mice, which presented an anxious phenotype as a result of exposure to chronic stress for three weeks during the five-week single-strain interventions.

During the first human clinical trial, the evidence supporting the benefits of Lpc-37® grew even stronger. Researchers conducted a randomized, double-blind, placebo-controlled clinical trial to assess the probiotic strain’s safety and efficacy. They divided 120 healthy adults into two groups and instructed them to take one capsule of either 17 billion CFU of Lpc-37® or a placebo every day for five weeks.3

Participants' mood, stress and anxiety were measured at baseline and at the end of the study, in addition to their sleep quality and well-being. Following the five-week intervention, participants completed the Trier Social Stress Test, considered the most valid and reliable laboratory stress test for humans.

Using the Perceived Stress Scale, Lpc-37® turned out to have a notable impact where it counts most: there was significantly reduced perceived stress in the Lpc-37® group compared to the placebo group from baseline to end-of-study (p=0.048). These positive effects were even more prevalent in women. Covariate analyses revealed that female participants in the clinical study had higher stress, sleep disruptions, and felt less rested after a night sleep, compared to men enrolled in the study. This analysis indicates that the women in the study could be considered more stressed than their male counterparts.

Over the course of the study, the women taking Lpc-37® were found to have a greater reduction in perceived stress, compared to those in the placebo group. Additionally, women in the Lpc-37® group had significantly lower systolic blood pressure in response to an acute stress test (TSST), compared to the placebo group (p=0.031). Next, a consumer perception study was conducted with 190 healthy yet stressed consumers, who either took 17B CFU of Lpc-37 or a placebo every day for 8 weeks.  They completed the same questionnaire at baseline, 4 weeks and 8 weeks. The Millennial sub-group (ages 25-39) saw statistically significant results.  The Lpc-37® group were less stressed at end of study compared with the placebo group; this was statistically significant (p-value 0.025). These significant results strongly support the outcomes obtained in the clinical study.