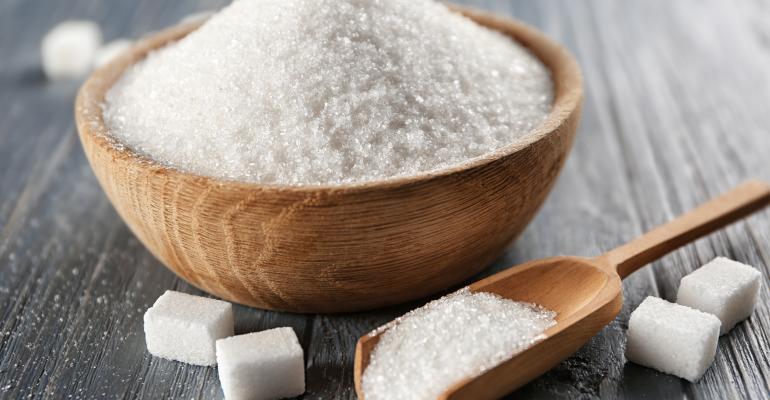 In the first part of this series on Functional Sugars, we discussed the relevant nutritional properties of this kind of ingredients that are essential to develop a sustainable healthy diet: i.e. delaying the fast release of nutrients from processed food or increasing natural immune defense against pathogens. In the second part, we will look at the complexity of different glycan structures and the difficulties of analysis of carbohydrates that are two of the main reasons behind the present scientific underdevelopment on functional sugars related to other kind of nutrients.

There are less than one dozen monosaccharides that are commonly occurring constituents of glycoconjugates in higher organisms that, once formed, can be chemically modified in various ways, e.g. by acylation, sulfation or phosphorylation. Beyond the limited amount of components, the complexity of glycans comes from the branchings and variations in the connection points are a very special feature of sugars—in contrast to nucleic acids and proteins that combine exclusively to form linear structures. Glucose, therefore, with six connection points can form theoretically twelve different dimers—and nearly all occur in nature—on the other hand, only one dinucleotide or dipeptide build up from one kind of monomer can exist. The combinatorics calculations over 6 to 7 sugar monomers are exponential and readily surpass manageable orders of magnitude, compared to proteins or nucleic acids, and provide the cell with an enormous arsenal of very specific signals for enabling it to communicate with its environment.

The complexity of the present glycan structures cannot be understood without the study of its origins, and the close relationship existing between proteins and sugars. Glycans are as old as—or older than—nucleic acids and proteins and it is generally accepted by scientists that the origin of glycans is closely linked to the origin of life and its evolution. Dr. Jun Hirabayashi from the Research Center for Glycoscience, National Institute of Advanced Industrial Science and Technology (AIST), describes in detail the origin of glycans, which are assumed to have been first synthesised in the form of simple homo-polysaccharides (amylose, cellulose, etc.), and are understood to have evolved into more complex hetero-polysaccharides. This evolution is assumed to have triggered the advent of proteins (‘lectins’) related to the ‘recognition system of glycans’ that recognises each structure, identifies molecules, introduces biological signaling and facilitates infections. The enormous diversity of glycoconjugates are assumed to have evolved from the continuous interaction between the different synthesis systems of glycans (glycosyltransferases and sugar-nucleotide syntheses), and the recognition systems of glycans which specifically recognise and identify glycans derived thereof (lectins, cytokines and antibodies against glycans, etc.). Synthesis and recognition systems of glycans depend on each other and are still considered to be undergoing coevolution.

But complexity is not the main obstacle to overcome in this market. Carbohydrates are substantially more difficult to synthesise and characterise compared with nucleic acids and proteins. The structural analysis of carbohydrates is still very expensive and has not been extended to the industry. We are in the dawn of being able to analyse the structure of complex sugars. It is necessary a technological revolution as was happening with genome research—reducing dramatically the costs of analysis—to be able to involve industry in this novel revolution of functional sugars, based on chirality, structural complexity and control on sugar-protein interactions.

Carbohydrates are one of the most important components in many foods but the relevant information we have is low. We get information on the approximate amount and size of the carbohydrates present in food and also if they are more or less digestible. Current technologies, including high-performance liquid chromatography, are adept at separating polysaccharides that differ in the number or type of sugars, but current technologies are not as successful at separating isomeric structures.

There are different examples of functionalities of carbohydrates that clearly need to improve the science to avoid confusing consumers. For example, the traditional concept of fibre based only on digestibility has been challenged on the view that some fibres are more beneficial to the microbiota than others. The present chemical methods of analysis are not able to determine the activity differences. Companies are introducing a myriad of different fibers based on empirical analysis on relevant activity, promising consumers a guarantee of processing and sourcing in similar conditions with the hope that the activity of new batches will be maintained. The same situation happens with other complex functional sugars from natural sources. They are difficult to analyse—mainly the isomeric structures—and then it is very difficult to establish a dose-response effect to show a real health benefit to consumers—as is generally required by the regulatory authorities.

Sergio Pumerola will be speaking at Vitafoods Europe 2018 on functional sugars. View the full programme and register to attend here.

A Perfect Example of the Need for Sustainability: Cocoa
Nov 20, 2017