Could microbiota composition serve as a biomarker for mental health? 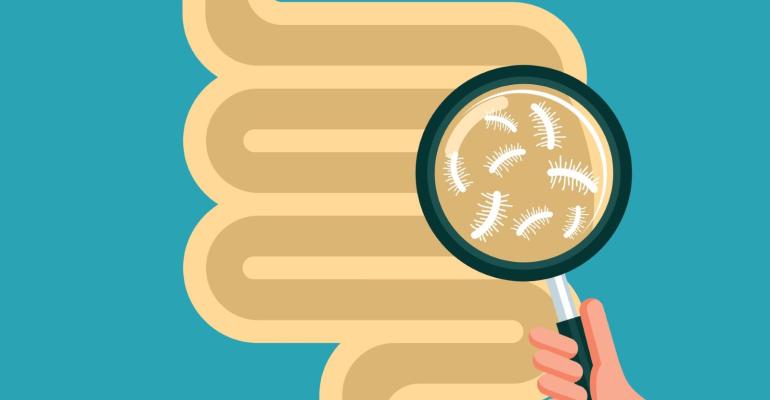 Although there is a correlation between probiotics improving people’s mental health and wellbeing, the composition highlighting which microbes could be directly linked to impacting the gut microbiome composition and affecting consumers with psychiatric disorders is yet to be determined. Such determination creates an opportunity for the microbiome to be used as target biomarkers.

According to the research published in JAMA Psychiatry (DOI: 10.1001/jamapsychiatry.2021.2573), adults with psychiatric disorders have distinct microbiota patterns—offering the potential to develop target biomarkers to improve consumers' mental wellbeing.

For the meta-analysis, researchers analysed 59 case-control studies, noting that "the most researched disorder was MDD, followed by psychosis and schizophrenia, bipolar disorder, and anorexia nervosa.” Further, around half (54.2%) of the studies included in the current research were done in East Asia—China, Japan and Taiwan—followed by Western countries (40.7%)—USA, Canada, Europe, Australia and New Zealand); while South Africa represented 1.7% of the studies. Some of the results were region-specific, thus causing interpretation limitations.

Overall, the findings suggest similarities among certain disorders, such as bipolar, psychosis and schizophrenia, and anxiety linked to MDD. Researchers highlighted, "The most consistent changes were depletion of Faecalibacterium and Coprococcus and the enrichment of Eggerthella.” Lactobacillus, Enterococcus and Streptococcus were also noted to increase. Further, increased levels of Atopobium were observed in bipolar disorder and MDD; Veillonella levels were higher in psychosis and schizophrenia and MDD. Researchers further noted that "There was also evidence for the increase of the pathogen Escherichia-Shigella in bipolar disorder, anxiety, and psychosis and schizophrenia but not MDD. The Bifidobacterium and Bacteroides genera were reported frequently but inconsistently across these disorders.”

Importantly, researchers noted differences were observed between regions (east/west), emphasising “the need to distinguish the Chinese microbiome from other East Asian nations as more evidence becomes available.” Interestingly, researchers also found evidence to suggest medication can impact microbiome composition.  They concluded: “gut microbiota perturbations were associated with a transdiagnostic pattern with a depletion of certain anti-inflammatory butyrate-producing bacteria [Faecalibacterium and Coprococcus] and an enrichment of pro-inflammatory bacteria in depression, bipolar disorder, schizophrenia, and anxiety. These findings are in line with genetic and inflammatory marker studies and support the transdiagnostic dimensional model of psychiatric disorders by highlighting the gut microbiota as an additional dimensional component.”