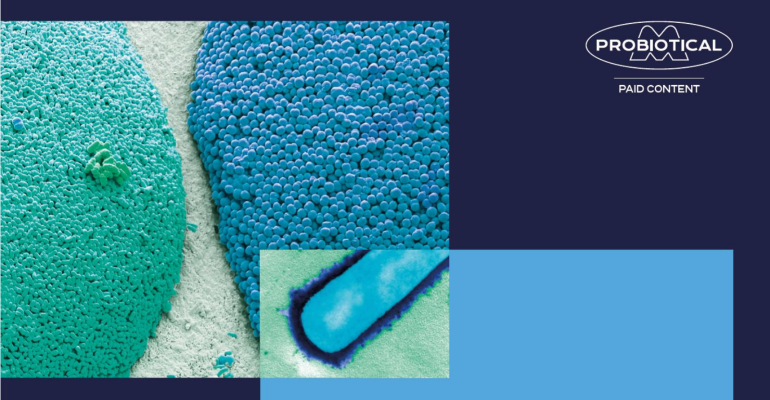 Probiotics may offer a new path for companies delivering support to consumers for mood support.

Even before the COVID-19 pandemic, a Euromonitor survey of 21,000 participants from 21 countries found that over half of adults claim to suffer from moderate, high or extreme stress, with over 60% in the working-age generation (24-55 years). This trend is expected to grow even faster due to the pandemic. At the same time, consumers are increasingly wary of taking drugs such as SSRIs and monoamine oxidase inhibitors due to their significant side effects.

Research suggests that the gut microbiota and its metabolites may be involved in modulating brain processes and behaviors, including emotional behavior, ingestive behavior, stress responsiveness and pain modulation. Given the important communication in the gut-microbiota-brain axis, it is not surprising that research has shown that several mental conditions such as stress, autism, and major depressive disorder are characterized by changes in the composition of the gut microbiota, with increased systemic and neuro-inflammation as well as disrupted gut barrier function. In addition, recent reviewsconfirmed that psychobiotics show promise as an alternative/adjunctive therapy in human mental, neurodegenerative and neurodevelopmental disorders.

Probiotical S.p.A. developed an innovative range of probiotics (BifiZen®) for mental wellbeing. At the heart of the range is a high-potential probiotic combination of four different strains (L. fermentum LF16, L. rhamnosus LR06, L. plantarum LP01 and B. longum 04), that were selected based on in silico, in vitro and preclinical studies. BifiZen®'s probiotic blend is characterized by anti-inflammatory and antioxidant properties, antagonism properties towards different classes of pathogens, protection and restoration of membrane integrity, and the presence of genes coding for the production of gamma-aminobutyric acid (GABA), the main inhibitory neurotransmitter of the central nervous system.

In a double-blind, placebo-controlled randomized trial, 38 healthy students were enrolled and randomized into two groups: the group treated with BifiZen® received a daily dosage of 1 billion cfu/afu per strain per day in sachets for six weeks, while the control group received placebo. Participants completed a series of validated psychological questionnaires that assessed their mood, personality and sleep quality before the start of treatment, after three weeks of supplementation, after six weeks of supplementation and finally after three weeks of wash-out. BifiZen® significantly and consistently improved several aspects of mood, with a reduction in depressive mood state, anger and fatigue, and improvement of acceptance, which correlates with decreased depression sensitivity, and sleep quality in a young and healthy cohort, which is among the most resilient population possible. The effects of the administration of BifiZen® were maintained after three weeks of wash-out, demonstrating prolonged benefits after cessation of probiotic intake (Fig. 1 and 2). 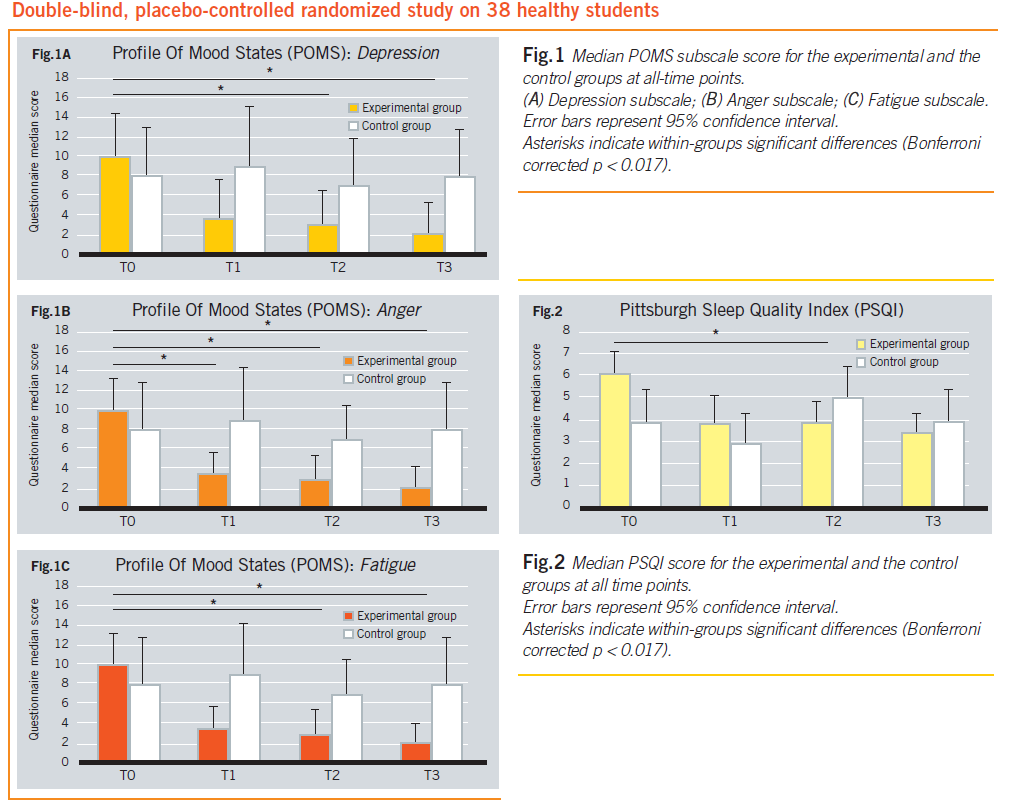 The subjects’ faecal microbiota was also sampled for subsequent analysis and was the subject of a second publication, in which it was illustrated how daily treatment with BifiZen® significantly modified the composition of the intestinal microbiota of the subjects treated by finding probiotic strains in their faeces.

The unique nature of BifiZen® solutions

As holistic approach to mental wellbeing, Probiotical proposes a range of products associating BifiZen® strains to well-established and clinically-backed actives including botanical extracts, vitamins and minerals, to offer a range of five products to address different mental health benefits and focus on the different needs of each specific age category, as well as to allow claims in Europe.

BifiZen® Stress and BifiZen® Focus, targeted to students and working age generations, with already validated compatibility, combine BifiZen® strains with a botanical extract with proven benefits for stress, or a specific phospholipid that composes cell membranes, adding Vitamin B6 or B5 to support the nervous system and mental performance.

BifiZen® Age Well is a formulation for healthy ageing that supports mood and sensibility to depression and includes an active that shows cognitive-promoting properties, which also appears to support cellular membranes and may aid in preventing cognitive decline.

In BifiZen® Kids, BifiZen® strains are combined with a natural botanical extract that has been shown to possess sedative and anxiolytic properties, commonly used for insomnia and anxiety.

Attending Vitafoods Europe 2021?
Make sure to visit Probiotical (Official Probiotics Category Sponsor) at Stand F110 or arrange a meeting with them through the virtual event platform.