The Bio-Active Metabolites of Fermentation: Their Function in Gut Health and Immunity 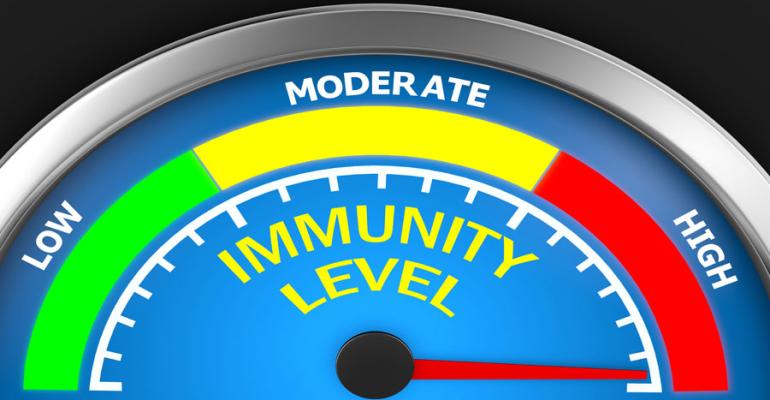 Scientific conferences on immunology, traditionally dominated by discussion of the circulatory and lymphatic systems, now see the border between the intestinal wall and the diverse dynamic culture of non-human organisms that inhabit our gut as the cutting edge.

The digestive system plays a crucial and complex role as gatekeeper to the outside world— letting nutrients in while keeping toxins out—and moreover, keeping toxins from affecting the gut tissue itself. This gatekeeper function is especially subtle when it comes to the gut microbiome, the endogenous ecosystem of tiny creatures whose home is the digestive tract.  The gut’s immune system must keep dangerous organisms at bay while fostering organisms that are crucial to health, whether for digestion, barrier assistance or out-competing their pathogenic brethren. In some cases, careful differentiation must occur not just between different species but also between strains of the same species.

Can this complex immune function be assisted by nutritional modification? For nutritional supplements geared toward affecting the gut microbiota, intervention research tends to focus either on whether a treatment affects the microbiome population or on clinical endpoints, such as cold and flu symptoms. However, the mechanistic link between the microbiome and immunity is still being teased out.

One key appears to be the metabolites that microorganisms—bacterial or fungal—produce during fermentation. There are three ways nutrients and metabolites—such as complex polysaccharides, peptides and short chain fatty acids—can be used to modulate the fermentation metabolites present in the gut:

2)      Providing fibres that will feed the endogenous microbiota, or

3)      Ingestion of fermentation metabolites themselves.

EpiCor is a nutraceutical in the third category. It is a whole food yeast (Saccharomyces cerevisiae) fermentate, made using a fine-tuned proprietary process that utilises both aerobic and anaerobic fermentations. The fermentate is comprised of the entire fermentation solution and thus contains the myriad of metabolites produced by the yeast itself.

The human clinical evidence supporting EpiCor’s benefits on immunity is extensive. It is only in the last few years that its function in the gut has been uncovered. In model systems and a new human clinical trial, EpiCor exhibits many standard prebiotic effects such as increasing beneficial bacterial populations and short chain fatty acid production. Additionally, in an animal system, it has been shown to prevent stress-induced disruption of gut wall integrity. Lastly, many of the side effects seen in fibre-based prebiotics, such as bloating, are lessened by EpiCor treatment; and EpiCor is efficacious at a far lower dose than is necessary with fiber prebiotics.

These effects highlight how fermentation metabolites can play an important part in the drama that occurs daily between our gut’s immune system and the multifarious cast of organisms in our intestines.

Digest This! The Future for the Digestive Health Market
Oct 27, 2018