The Cognitive and Cerebral Blood Flow Effects of Resveratrol in Hypoxia 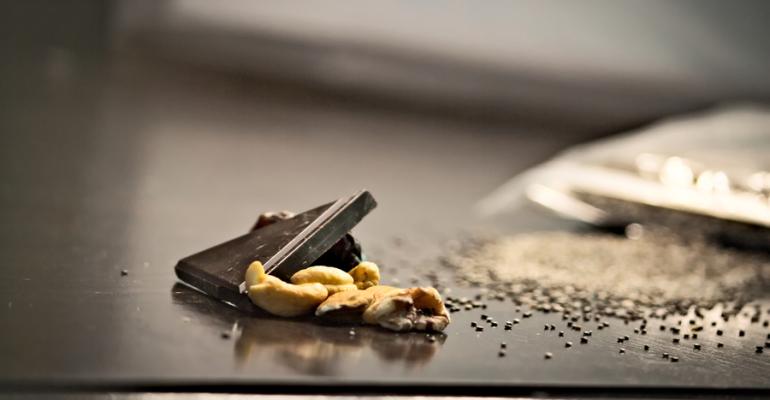 Polyphenols are able to enhance blood circulation, and access to blood-borne fuel, by interacting with nitric oxide and dilating the vasculature around active peripheral and neural tissue.

Polyphenols can enhance blood circulation and access to blood-borne fuel by interacting with nitric oxide and dilating the vasculature around active peripheral and neural tissue. Hypothetically, this increased access to fuel should enhance the functionality of said active tissue and this has been found for cocoa polyphenols, in particular. However, while the red wine polyphenol, resveratrol, has evinced robust effects on enhanced prefrontal cortex cerebral blood flow (CBF), ensuing improvements in the cognitive activity of the prefrontal cortex has proved elusive.

One potential explanation for this is while cocoa polyphenols have focused on older, compromised (both in terms of CBF and cognition) adults; and seen the most robust effects here, resveratrol trials have predominantly used young, healthy humans. The optimal CBF and cognitive capacity of these latter samples might negate any need for enhancement by resveratrol and, akin to cocoa polyphenols, more benefit might be experienced by compromised samples.

However, such samples are complex and confer a higher degree of variability. For example, older participants tend to have increased health problems, be taking contraindicating medications, and their degree of CBF and cognitive decline can differ greatly. This makes such trials difficult and such a gulf between the previously used healthy samples and these more comprised groups would make direct comparison between trails impossible. As such, before moving towards compromised samples with resveratrol, the current talk reports on two trials which aim to compromise the cognitive and CBF response of healthy samples; thus removing the influence of any other variables (e.g. health) and bridging the gap between previous and future samples.

These trials compromised healthy participants by use of an environmental chamber which altered oxygen pressure to mimic higher altitude; conditions which are known to inhibit cognition and alter the CBF response experienced at sea level. This also mimics the aged brain where these parameters are compromised. Both studies showed hypoxia—higher altitude equivalent to 2000 m and 4000 m above sea level—hindered the cognitive function of healthy, young participants and heightened the demand and use of CBF and oxygen respectively. This latter outcome reflects the protective actions of the central nervous system when oxygen is less available but is also a relatively finite response. The results here demonstrated 500 mg resveratrol was able to attenuate this and reduced the over-consumption of cerebral oxygen. Despite inhibiting this CBF response, resveratrol maintained cognitive performance. This suggests resveratrol is able to influence cognition irrespective of CBF effects and indeed the second of the two trials demonstrated cognitive improvements outside of the hypoxic model; indicating effects of resveratrol in itself.

Antixoidants vs Polyphenols: The Importance of Macromolecular Antioxidants
Jan 19, 2018