Brain health matters: Why it’s important and what can be done today 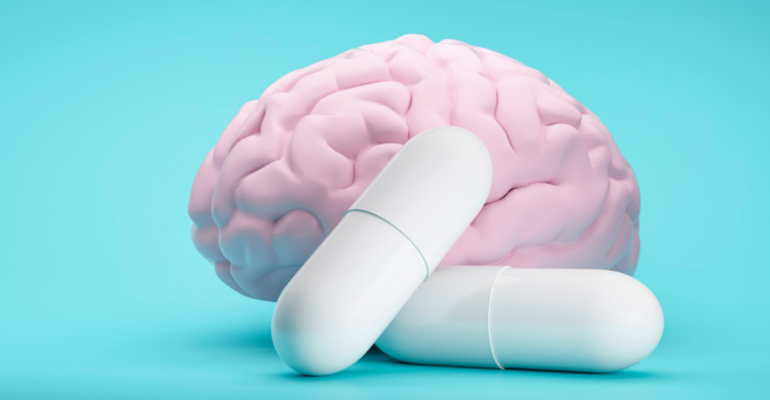 It may seem that global health concerns are primarily still focused on the COVID-19 pandemic, but it’s important to remember that other health challenges continue to face society. According to the European Union, about 165 million Europeans are living with a brain disorder.

Brain disorders encompass a wide variety of neurodegenerative diseases such as Alzheimer’s disease and Parkinson’s disease, including other milder neurological conditions like depression, migraines, sleep disorders, pain syndromes and addiction.

Most diseases require a specific medical diagnosis and a tailored treatment plan. However, because brain health is so closely connected to such diseases, it can be important to understand some of the various aspects of this multi-faceted term used to describe brain physiology, cognitive function, mental health and wellbeing.

Cognitive function is an important component of ageing and may predict quality of life, functional independence, and risk of institutionalisation[i]. It is measured through a variety of skills, including learning, thinking, remembering, problem-solving and attention, all of which have been studied extensively over the years. The European Consortium LifeBrain launched a Global Brain Health Survey to better understand people’s perception of brain health in July 2019. The yearlong study, which was recently concluded in August, focused on three primary concerns:

While the survey results won’t be finalised until next spring/summer—a total of 27,500 responses were collected from people in 76 countries—concerns about brain health aren’t new. In 2019, the University of Michigan National Poll on Healthy Aging found that nearly half of the adults aged 50-64 who were concerned with developing dementia, participated in simple mind exercises such as crossword puzzles or took vitamins or dietary supplements to help maintain or improve their memory.

In fact, much like across the pond in the United States, nutraceuticals are becoming a much more common part of the European consumers’ daily diet. According to a 2019 industry report by the Mordor Intelligence, the European nutraceutical market is expected to grow at a CAGR of 7.5% from 2020-2025. As consumers become more aware and educated of lifestyle-related health concerns, they are taking preventative measures to address them.

For consumers who indicate a willingness and motivation to maintain or improve brain health, Pyrroloquinoline Quinone (PQQ) may be a safe and effective option. PQQ is an ingredient found in trace amounts of vegetables, fruits, meat, and in human breast milk and commercialised as a nutraceutical.

For the last 40 years, scientists and researchers have studied PQQ to better understand how this all-natural vitamin-like compound helps support brain function. First discovered as a cofactor for bacteria similar to how B Vitamins effect humans, PQQ has shown to protect cells in the body from oxidative damage and support the metabolism of energy and healthy ageing. More importantly, the ingredient has also demonstrated it can help stimulate mitochondria and thus support cognitive performance, including boosting memory and attention.

The only brand of PQQ listed on the European Union’s list of Novel Food Ingredients is MGCPQQ, a natural, purified, water-soluble Pyrroloquinoline quinone disodium salt (PQQ-Na2). Made in Japan by Mitsubishi Gas Chemical using a proprietary fermentation and purification process, MGCPQQ is the most studied and tested compound of its kind on the market, attesting to its safety and quality and enabling it to be included as a food ingredient.

To date, the most promising research suggests that MGCPQQ can play a role in preserving and improving cognitive function, both in animals and humans. A decline in cognitive status, and the reduction of abilities to perform activities of daily living, can strongly influence perception of quality of life. Research also shows that MGCPQQ has been considered to have many other beneficial effects, such as anti-inflammatory, hepatoprotective, cardioprotective, and antioxidative properties.

MGCPQQ is able to boost cognitive health by enabling mitochondrial biogenesis, the process of increasing and dividing mitochondria within cells. While a healthy person continually creates new mitochondria, the body’s mitochondrial function declines over time. And much like overall energy levels, this deceleration can lead to impaired functioning of the brain and other vital organs.

Mitsubishi has done extensive research on how MGCPQQ can help activate mitochondrial biogenesis. One particular study has shown that MGCPQQ can enhance the quality and increase the number of mitochondria in the body. It also raises the NAD+/NADH ratio more so than other mitochondria-enhancing supplement ingredients such as resveratrol and nicotinamide mono nucleotide (NMN).

Furthermore, MGCPQQ received the Informed-Sport certification and Informed-Choice certification, which ensures that products have been manufactured to high-quality standards. Through this quality assurance program, each batch is tested for WADA-banned ingredients, giving athletes the confidence that MGCPQQ is safe to use in competition.

While brain health research is ongoing, there are many ways a person can keep their mind healthy and active as they age to reduce the risks associated with cognitive decline.  In addition to keeping a healthy lifestyle, studies have shown certain nutraceuticals can aid with supporting cognitive performance. When selecting a brain boosting supplement, consumers should consider ingredients like MGCPQQ that have been widely tested and validated for its quality and efficacy.