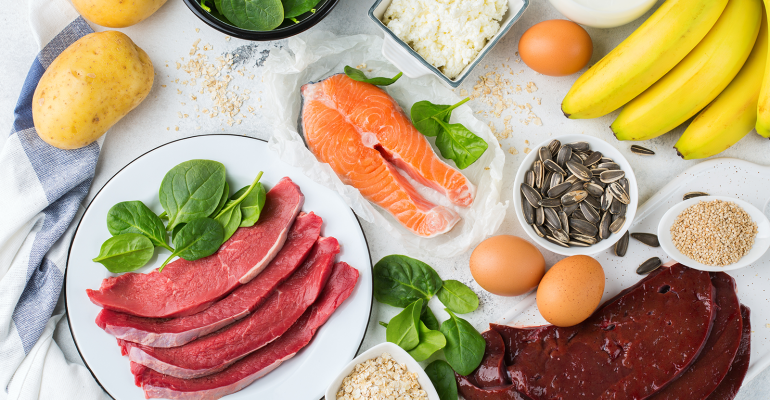 Supplementation with high doses of vitamin B6 may bolster mood by improving production of select neurotransmitters.

Adults who supplement with high levels of vitamin B6 may see a positive impact on anxiety levels, possibly linked to the ability of the vitamin to increase production of gamma-aminobutyric acid (GABA), according to a new intervention study (Human Psychopharmacol Clin Exper. 2022. DOI:10.1002/hup.2852).

While vitamins B6 and B12 are known to impact neurotransmitters, the impact of supplementation on specific behavioural outcomes has been uncertain. In a statement, lead author Dr David Field, University of Reading, commented:

“The functioning of the brain relies on a delicate balance between the excitatory neurons that carry information around and inhibitory ones, which prevent runaway activity. Recent theories have connected mood disorders and some other neuropsychiatric conditions with a disturbance of this balance, often in the direction of raised levels of brain activity.”

Previous studies have explored the potential impact of multivitamins or Marmite (a yeast extract spread rich in B vitamins) to address stress levels, but have not clarified the specific connection of compounds to effect. To ascertain the impact of vitamin B supplementation, researchers from the University of Reading, England, conducted a double-blind study in young adults (n=478), who were recruited over five linked phases. Levels of self-reported anxiety (n=265) and depression (n=146) were assessed at baseline and after supplementation.

Participants received a daily dose of a lactose placebo tablet, vitamin B6 (100 mg pyroxidine hydrochloride), or vitamin B12 (1,000 mcg methylcobalmin), taken with food, for a 30-day intervention. Vitamin B6 supplementation reduced self-reported anxiety and induced a trend towards reduced depression but didn’t impact other outcome measures. Supplementation with B12 produced a trend towards changes in anxiety, but the effect was not significant.

Raised levels of GABA among participants who had taken vitamin B6 supplements were confirmed by visual tests carried out at the end of the trial, supporting the hypothesis that B6 was responsible for the reduction in anxiety.

Dr Field stated, “Vitamin B6 helps the body produce a specific chemical messenger that inhibits impulses in the brain, and our study links this calming effect with reduced anxiety among the participants.”

He noted that the research is at an early stage and more work needs to be done to identify nutrition-based interventions for mental well-being.

However, he also observed: “Nutrition-based interventions produce far fewer unpleasant side effects than drugs, and so in the future people might prefer them as an intervention.”