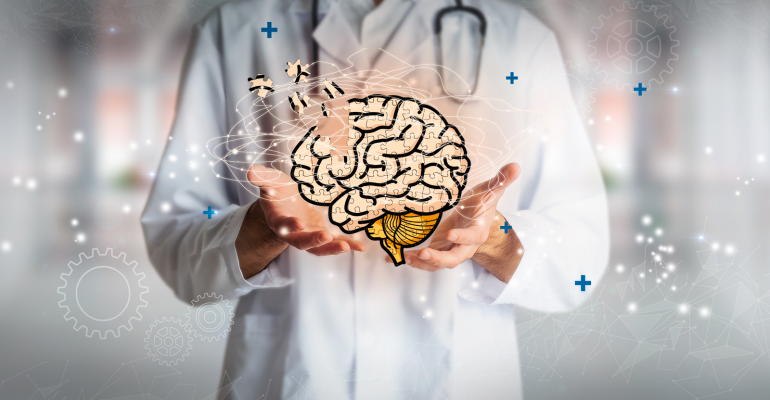 The World Health Organization (WHO) describes dementia as a syndrome leading to deterioration in cognitive function beyond the expected consequences of biological ageing. Usually of a chronic or progressive nature, it affects memory, thinking, orientation, comprehension, calculation, learning capacity, language, and judgement.

According to WHO, more than 55 million people currently live with dementia worldwide, and there are nearly 10 million new cases yearly. Although dementia mainly affects older people, it is not an inevitable consequence of ageing. With ageing populations on the rise around the world, interest in nutraceutical approaches to prevention is high.

Vitamin D, a hormone precursor, is increasingly recognised for its importance in brain health. Most recently, an observational study investigating the association between vitamin D, neuroimaging features, and the risk of dementia and stroke suggests a direct link between dementia and a lack of vitamin D.

Publishing their findings in the American Journal of Clinical Nutrition, the University of South Australia researchers said they found that low levels of vitamin D were associated with lower brain volumes and an increased risk of dementia and stroke. Further genetic analyses supported a causal effect of vitamin D deficiency and dementia.

They concluded that, in some populations, having “normal levels” of vitamin D of 50 nanomoles per litre (nmol/L) can prevent dementia cases in as much as 17% of people – an “incredibly significant” finding given the high prevalence of dementia around the world, they said.

A 2016 scientific opinion by the European Food Safety Authority (EFSA) concluded that a serum 25(OH)D concentration of 50 nmol/L vitamin D is a suitable target value for all population groups.

The scientists used prospective data from 294,514 participants in the UK Biobank cohort. They then applied nonlinear Mendelian randomisation (MR) analyses to test for underlying causality for neuroimaging outcomes and examine the impact of low vitamin D levels - defined as 25 nmol/L – and the risk of dementia and stroke.

“Our MR results suggest no clear association with stroke, whereas a causal relation with dementia risk provides an important opportunity for prevention,” the researchers concluded, adding that larger MR studies are needed to confirm causality for the proposed associations between 25(OH)D concentrations and brain morphometry.

According to Professor Elina Hyppönen, senior investigator and director of UniSA’s Australian Centre for Precision Health, the current study was the first of its kind to examine the effect of deficient vitamin D levels on the risks of dementia and stroke, using “robust” genetic analyses among a large population.

Hyppönen said: “Dementia is a progressive and debilitating disease that can devastate individuals and families alike. If we’re able to change this reality by ensuring that none of us is severely vitamin D deficient, it would also have further benefits, and we could change the health and wellbeing of thousands.” Further, “Most of us are likely to be ok, but for anyone who for whatever reason may not receive enough vitamin D from the sun, modifications to diets may not be enough, and supplementation may well be needed,” she added.

Other nutrients are also associated with improving cognitive health. Another recent study showed that increased levels of the omega-3 fatty acid, DHA, in red blood cells correlated with a decreased risk of all-cause dementia and Alzheimer’s Disease.

The researchers behind this study also suggested that DHA intake may slow the onset of Alzheimer’s Disease and increase individuals’ healthy lifespan.