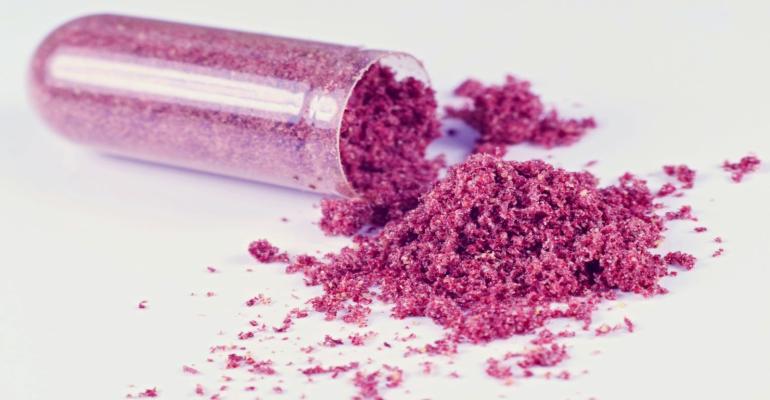 Cranberries, while perhaps best known for their impact in women’s health, may also have a role to play in brain health. Researchers from the University of East Anglia, England, conducted a 12-week human intervention study that showed consumption of cranberry supplements positively impacted brain perfusion, episodic memory, and neural function. The results were published in Frontiers in Nutrition (DOI: 10.3389/fnut.2022.849902).

The parallel, randomized, placebo-controlled trial included 60 adults aged 50 to 80 years. Cognitive assessment, neuroimaging, and blood sample collection were conducted before and after the intervention. Participants received freeze dried cranberry powder, equivalent to 100g of fresh cranberries, or a placebo daily for the 12-week period.

In a statement, the leading researcher, Dr. David Vauzour, a senior research fellow in molecular nutrition at Norwich Medical School University of East Anglia commented: "Demonstrating in humans that cranberry supplementation can improve cognitive performance and identifying some of the mechanisms responsible is an important step for this research field. The findings of this study are highly encouraging, considering that a relatively short 12-week cranberry intervention was able to produce significant improvements in memory and neural function. This establishes an important foundation for future research in the area of cranberries and neurological health."

The study was supported by a grant from The Cranberry Institute. It was led by the University of East Anglia in collaboration with researchers at the Leiden University Medical Center (Netherlands), the University of Parma (Italy) and the Quadram Institute (UK).