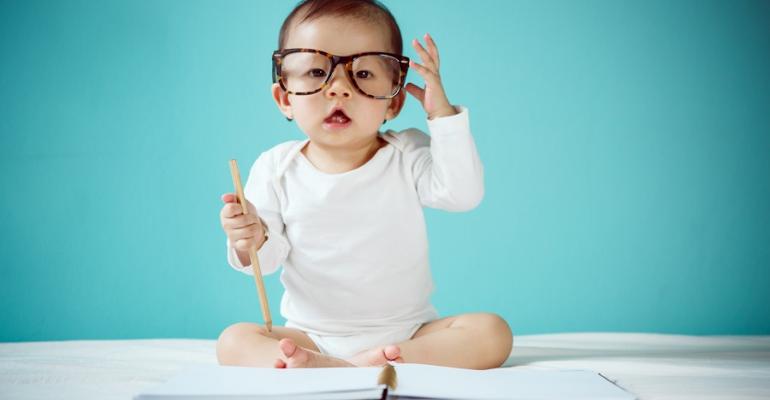 A series of clinical studies have shown supplementing children&rsquo;s diets with PS improves various aspects of memory and learning.

In some ways, this is a great time to be a child.  Infant mortality is falling across the world, cancer survival rates are rising, and there is growing awareness of the importance of child protection. But in other respects, childhood is tougher than ever. Kids are growing up in a competitive arena where they face mental and emotional challenges at an earlier stage than their parents did. At school, where expectations are increasingly high, they face frequent tests and exams; getting into the best colleges and universities is harder than ever. The global economy is volatile and the jobs market unpredictable.

To stand the best chance of success in life, children need a wide armoury of skills, including problem-solving, lateral thinking and digital literacy. Acquiring these abilities depends in part on what they eat—nutrition is known to have a profound effect on cognitive power, particularly during the early years while the brain is developing. However, many children are not getting the proper nutrients that are vital for optimal brain development.

Most are consuming diets high in sugars, hydrated fats and salt, and low in fruits, vegetables, fibres and nutritional lipids. The deterioration in children’s diets across the world not only leads to physical problems such as obesity and diabetes, but also affects their cognitive health—malnourishment at an early age can cause a variety of cognitive and behavioural deficits over a person’s lifetime. Every year, according to the World Health Organization, more than 200 million children under the age of five fail to reach their full cognitive and social potential.[i]

One nutrient proven to help is phosphatidylserine (PS),which is a ‘building block’ for cellular membranes, particularly in neuronal cells. PS  in the brain is associated with efficient signal transduction and other processes crucial to the maintenance of normal cognitive function. PS is found in human breast milk and occurs naturally in foods such as soya and fish, but the amount children get from their diets has fallen by 50 percent over the last few decades.[ii]

A series of clinical studies have shown supplementing children’s diets with PS improves various aspects of memory and learning. Improvements have also been observed for behavioural issues, such as inattention, hyperactivity and impulsiveness. Parents naturally want to give their children every possible opportunity. They have a limited set of tools with which to do so, but they know one area of their children’s life they can influence is nutrition. As awareness grows that supplements can safely support children’s cognitive development, demand for nutrients such as PS will increase further.

As the only PS supplier providing custom-tailored and next generation PS grades, Enzymotec is proud to be part of the drive to equip our kids with all the tools they need to thrive in a demanding world. Enzymotec’s SharpPS® has been found to be safe and to cause no discomfort to children. The US FDA has declared it to be Generally Recognized as Safe, and it is authorised as Novel Food in Europe, and approved in China, Australia, and other countries.[iii]