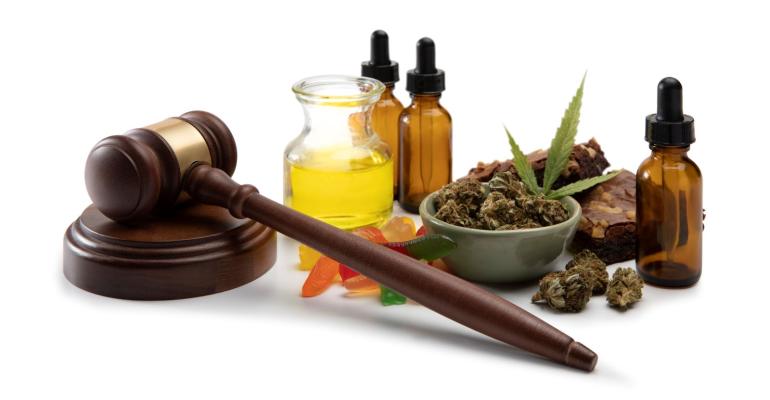 No applications have been authorised and few have been validated, reports CBD-Intel.

It’s been two years since the deadline for CBD companies to apply for UK Food Standards Agency (FSA) novel foods authorisation, yet none have been authorised and few have been validated, a process that some experts say is causing the CBD market to stagnate.

“It’s not a system that’s working,” said Sarah Ellson, a partner and co-head of the regulatory group at Fieldfisher. “We have clients in other sort of food and nutrition spaces, and they’re frustrated with waits of months for products to get approved, but to have to wait years … it’s just going to kill innovation.”

While FSA has published a list of companies allowed to stay on the market, changes and updates have caused confusion and frustration in the industry.

After an initial list published on 31 March 2022, FSA then extended the deadline for companies to submit data to 26 May and plans for a final update by 30 June, giving companies one final chance to get on the list and stay on the market during the novel food assessment process.

An initial update of further products linked to novel food applications, as well as around 700 products left off the initial list due to clerical error, has already nearly doubled the size of the list.

“We have a list that is unreliable,” said Stephen Oliver, co-founder of The Canna Consultants. “And we have people who know that they will be on the list and should be on the list but aren’t on the list yet.”

“There’s a lack of transparency and it’s causing a huge amount of detriment [among companies],” he added.

Delays in authorisation cause frustration

Just because a company is validated does not mean it has been authorised, a spokesperson from FSA said. The agency added: “There is no guarantee that a validated application will be authorised. The public list will continue to be updated as we process CBD novel food applications.”

How long the process will continue to take remains to be seen. A spokesperson for FSA said the time varies and “is dependent on if the applicant provides all the information needed from the start.”

After validation, the application must go through an independent risk assessment that can take up to nine working months, or longer if more information is requested from the company.

If the risk assessment is positive, a further seven months are needed to make recommendations to health ministers for a decision on authorisation, the FSA spokesperson added.

FSA admitted at a March board meeting that it was overwhelmed with applications and had hired more employees to tackle the thousands that need verification.

FSA has been fairly restrictive, especially regarding applicants being on the market from February 2020, even when dealing with a white-label product that has the same dossier as a product that was on the market before, said Charlotte Bowyer, head of advisory at cannabis consultancy group Hanway Associates.

“The UK has been quite accommodating to actually work with producers to give them that certainty that they can stay on the market if they follow the process,” she said. “It’s just been that the process itself has been a bit of a difficult one to navigate.”

Essentially, companies with white-label products will need to get authorised first before they can market them to other companies, Bowyer said.

“In theory, once those categories get approved, it should be relatively easy for them to then say to the FSA, ‘Can I get an extension to allow this?’ Or once that specification is authorised, they can then actually just licence it out to other brands,” she said.

According to Oliver, the confusion caused by FSA has resulted in some companies turning on each other and going into administration when the focus should be on making sure the products are safe for consumers.

Industry experts say the economic impact could be significant and will give the rest of the world an advantage.

While most companies seem to think the CBD market needs to be regulated, many are frustrated with the process.

CBDepot was one of the first companies to be validated by the FSA but is not aware if it has been moved on to the next step. The company’s EU application has been under risk assessment since April 2020.

“In the UK, we are not aware of any assessment started, as we never heard back from anyone,” said Boris Baňas, chief sales officer at CBDepot. “It seems UK FSA wants to first finalise the process of adding all relevant applications to the public list either as validated or on hold.”

The authorisation process has its challenges, said Bill Purves, chief commercial officer at Brains Bioceutical. The company spent millions ensuring its products are high-quality and pharma-grade, and nearly a decade gathering and analysing data, he said.

“For the majority of CBD companies, it’s incredibly difficult to meet the FSA’s stringent requirements,” Purves said. “The cost to complete the work will be a major impediment that could fundamentally reshape the entire CBD nutraceutical marketplace.”

Business has slowed for Neuraleaf, especially with large suppliers who were waiting for the final list, said Zuhayr Adia, founder and managing director of Neuraleaf.

“I think the initial decision to have a list and to regulate in that way was a good decision. But I think it was just done all wrong,” he said.

And while Adia thinks things will start moving again, it’s still not over. But when it will be over and his products authorised, he has no idea.

“I didn’t think it would take the FSA two years to publish this list,” Adia said. I hope the FSA will get it done sooner.”