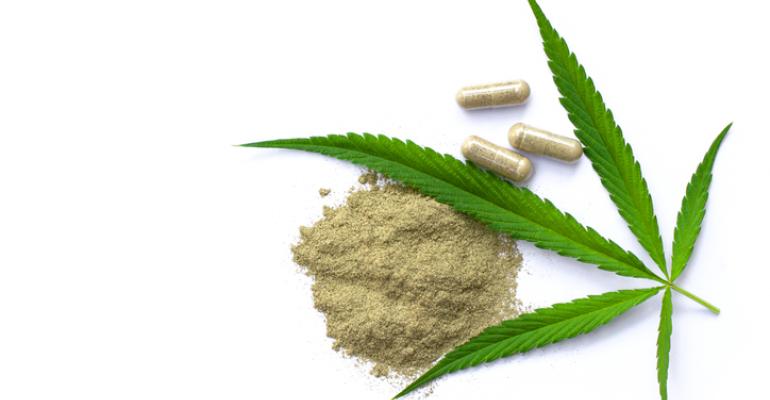 Scientists are seeking alternatives to agricultural production of cannabinoids and one company claims to be blazing ahead by developing a new process.

Bioharvest Sciences, says it is developing a process to produce cannabinoids through cell culturing. The technique, common in research and also employed in industrial applications, involves removing cells from a living host and placing them in an artificial environment that favours their growth.

Where cannabis is concerned, parts of a mother plant are isolated, sterilised and then allowed to proliferate under lab conditions with the aid of nutrients. These cells can then be transferred to bioreactors, a process the company refers to as 'BioFarming,' where growth can be scaled up without the need of the host plant.

The approach has two advantages: the cannabis cells are perpetually in the flowering stage, eliminating the need to grow a plant to maturity, and agricultural challenges such as labour costs and environmental threats to the plant are greatly reduced.

However, although many environmental variables are eliminated, some remain. Issues with the components of growth media can still arise, for example, and genetic changes in later cultures (known as somaclonal variation) can also be observed.

Still, most variables are much more under the control of the manufacturer, resulting in a highly stable, standardised product. This 'fingerprint consistency' is key for mass-produced products to offer the same experience time and time again.

Bioharvest, which has already developed a facility in Israel for the production of polyphenols from red grape, is now looking to secure CAD$4m ($3.1m) through the sale of shares. The funds will be used to accelerate its cannabis development programme and upgrade its existing polyphenol facility into one capable of producing cannabis, operational in the first half of 2022. (A new, much larger fruit nutraceutical facility will take over the grape polyphenol production.)

“The progress we have made on the cannabis development front requires us to take a more aggressive approach towards the commercialisation of the company’s cannabis-based products,” said Ilan Sobel, BioHarvest’s CEO. “We have confidence we can close this financing in fewer than four weeks.”

Another potential technology for improving production, gene editing, is also showing promise for the creation of isolate cannabinoids in the lab.

In 2019 Xiaozhou Lou of the University of California, Berkeley and colleagues reported that they had achieved complete biosynthesis of cannabinoids from sugar using genetically modified yeast. The technology, which can be altered to produce any cannabinoid or even potentially unknown cannabinoids, is already in the process of commercialisation.

Yet both gene editing and Bioharvest’s cell-culturing approach would have to generate adequate yields of cannabinoids to be commercially viable. And there is reason to be sceptical.

In research published in the American Journal of Plant Sciences (arising from PhD work), two biochemists from the Technische Universität Dortmund in Germany also took a cell-culturing approach. Cannabis cells were extracted and then allowed to grow in a nutrient solution.

The researchers produced 1.04μg/g dry weight of THCA (less than 1% of the output they would have gained extracting the substance conventionally from a plant, a control test suggested) and 1.67 μg/g dry weight of CBDA, leading them to conclude that “cannabinoids produced in shake-flask cultures were very low and feasibility of scaling up these cultures will be difficult”.

And while metabolites in other plants produced in this fashion have been increased through the use of elicitors, it is unclear how this may work for cannabinoids.

Bioharvest is developing its own technology to better measure cannabinoid content, and perhaps the limits of cannabinoid cell cultures will be overcome. But turning these promising concepts into commercially sensible alternatives to conventional cultivation is a big step.

What does this mean for manufacturers and product developers? Production of cannabis and cannabinoids through cell culturing has the potential to be significant in manufacturing. However, key questions remain surrounding yield.

Cell culturing shows the most promise in areas requiring diverse cannabinoids to be present together, while the gene-editing alternatives are more appropriate for pharmaceutical applications where isolated pure cannabinoids are preferred.