Expect THC to drive innovation in an intoxicating 2022 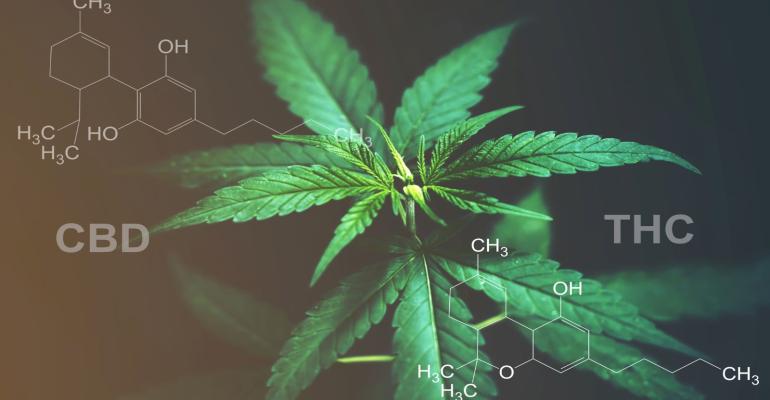 THC will be the main driver of innovation in 2022 but what will happen to ingestibles and biosynthetics?

Delta-8 THC was one of the big talking points of 2021, particularly in the United States, and it is not going away in 2022. But its moment in the spotlight may be over. Increasingly, regulators are talking about taking action on it, the powerful cannabis lobby is not happy that the money spent on achieving compliance with regulations can be undercut, and the experimental edge of hemp-derived production is already starting to see what else it can do.

Those experimenters are likely to continue to produce and promote increasingly obscure variations, isomers and equivalents of THC and other minor cannabinoids with intoxicating potential. But it is intoxicating hemp-derived delta-9 THC products that are really likely to dominate through the upcoming year.

These are expected to grow even more mainstream—offering a potential cost advantage in recreational markets and an intoxicating product with little regulatory recourse to shut down in those markets permitting hemp products but barring recreational cannabis.

It will be a difficult piece of legislative writing to create a regulation that might prohibit the production and sale of a hemp product that has an intoxicating effect but does not exceed the local legal THC limit; for example, permitting hemp-derived products with less than 0.3% THC.

THC will nonetheless drive much of the regulatory change we will see. Expect recreational “test” regimes to continue to grow in number. For example, expect the Netherlands to finally get its test project off the ground, while Denmark will extend its pilot project on medical cannabis for four years and the cultivation of medical cannabis will be made permanent.

Italy should pass a recreational decriminalisation referendum, although judging on current efforts elsewhere that referendum will not lead to an actual legal recreational market for a few years. And Uruguay should vote to extend its open market to tourists to help counteract the still existing black market. However, significant issues remain undecided in Germany which, combined with strong opposition in the Bundesrat, means any move on the issue is unlikely in 2022.

But firms thinking of innovating with THC need to tread carefully, because another incident like the Curaleaf labelling mix-up lawsuit could have far-reaching consequences. (An Oregon-based brand bought out by cannabis company Curaleaf mixed up labelling lines of THC and CBD products, leading to a series of lawsuits, culminating in one for alleged wrongful death.)

An adverse event associated with a CBD product could potentially lead to a serious crackdown in 2022, while the threat of such an action related to an as yet not fully legal product will keep many of the major retail and consumer goods brands from getting much involved in the market. Overall, the market is predicted to stagnate, partially as a result of this, but also due to the lack of movement in clarifying the legality of ingestible CBD products across multiple markets.

CBD-Intel sees the best chance for some movement on ingestibles to be through Congressional action forcing the hand of the US Food and Drink Administration (FDA), but this is a long shot to take place within the next calendar year.

FDA continues to sing the same tune on CBD products that it has for years now—“more data needed”—and there is no indication from his record that Robert Califf, the current nominee to take up the reins of FDA again, is likely to come in and break up the stalemate. Federal legislation will likely be required to break it up.

And if action forcing the FDA to act is the best hope of seeing some progress on ingestibles, it serves as an indication of the expected lack of progress with the ongoing novel food application assessment processes in the UK and EU.

To judge by CBD-Intel’s discussions, the major toxicological studies upon which many of the applications are meant to be based have been delayed and will only just be under way. Assuming there is no further back-and-forth between the authorities and the applicants on the studies, it would still push any assessment of the studies and other supporting information for the applications until well into 2022. That means it is unlikely a large portion of the applications will be processed within the year.

One of the major sticking points on applications appears to be the presence of THC, even in trace amounts, in the hemp extracts. This is why majority of the movement thus far has been on synthetic isolates with no THC.

This supports another CBD-Intel prediction: that 2022 could be the year biosynthetics finally come good and start to play a major role in the industry.

However, that prediction has the caveat that the continued lack of enforcement on ingestible products on the market has given CBD brands little drive to move to biosynthetics, leaving the question as to whether they can compete in other areas, mainly price.

Currently, that does not appear to be the case. But then enforcement against ingestible products on the market without the proper authorisation is difficult in markets such as the UK, where a full list of those products with a validated application (and thus those that should be on the market) has yet to be produced. A mixed approach to enforcement in other markets has only further confused matters but has not given companies enough of a drive to really look at biosynthetics. It appears unlikely that will change in the short term.

Expect to see a rise in nutraceutical hemp combination products across CBD markets, although FDA scepticism about combination health claims in the US may play a role in their development there.

Similarly, infused CBD products are likely to rise, and in particular infused CBD products aimed at promoting sleep wellness. These products will be marketed not strictly with CBD as the main attraction but rather as a component included for wellness/sleep benefit—a function more than an ingredient approach.

It will be interesting to see how this trend plays out in topicals. Expect to see a fall in interest in topicals after significant hype last year led to little in the way of actual impact on overall market value. It could be that the time for topicals has now passed, with cosmetics in particular used to seeing new ingredients du jour come and disappearing again seemingly in a day. It may be that this is the case for CBD, especially in the US, given the FDA’s attitude to combining active ingredients, as has been seen in the marketing of sports/pain relief CBD topicals.

But continued avoidance of CBD ingestibles, combined with the focus on function over specific ingredients, may give the category a second chance, particularly among the more risk-adverse major retailers that nonetheless still want to get involved in the burgeoning CBD trend.