Is CBD a novel food? 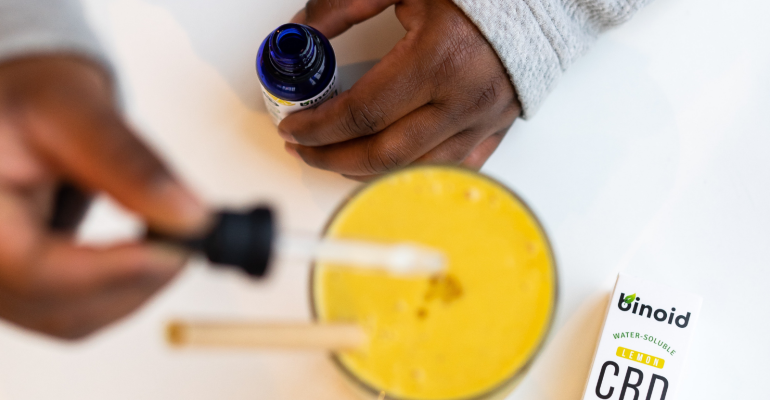 That’s the key question for producers of CBD edibles in Europe, as a new report from CBD-Intel discovers…and as one German firm is learning the hard way.

Do not expect European novel food authorisations before the end of 2022 at the very earliest, and do not expect generic authorisations to cover non-applicant products, a new report from CBD-Intel warns. The implementation of European novel food authorisations for CBD and cannabinoid products is off to a rocky start and conditions do not look likely to improve. Processing of applications has already been paused due to questions over whether CBD could be considered a narcotic and now European regulators have also told CBD-Intel that the quality of received applications thus far has been lacking.

“Ominously, the European Commission has indicated that ‘many’ of the 50+ applications received to date for novel food approval have not been of high enough quality, or have not contained sufficient information to be validated or forwarded to the EFSA for technical assessment,” CBD-Intel warns in an exclusive new report looking at the issues surrounding CBD as a novel food. It is likely, as a result, that many applications will be sent back for further work or turned down out of hand. And that of course is only after the EU starts assessing applications again—an action that is not guaranteed to happen at this time.

The European Commission has told CBD-Intel it will not review the 50+ applications it has received for novel food approval of naturally derived CBD (synthetic applications can proceed) before obtaining a common position on the questions of CBD as a narcotic, and so has not yet forwarded these applications for technical review to the European Food Safety Authority (EFSA).

Meanwhile European authorities are also unlikely to follow the general procedure used for many previous novel food authorisations following rule changes in 2018 where one approved application could create a generic authorisation usable by others.

Instead it is believed that—due to regulatory fears over cannabis-related substances—companies will have to individually demonstrate safety of products. This safety data would then be protected under Regulation (EU) 2015/2283, Article 26. Even though this would give a commercial advantage to those applying, it still creates something of a headache as CBD-Intel believes EFSA will require very specific data on a particular product, namely the manufacture, characterisation and chemical makeup of a novel food, in order to assess its safety characteristics.

As such, detailed data for each individual product will be required, much of which will be protected information under Article 26. In this way, the European Commission is unlikely to provide generic approvals for a “class” of CBD-containing foods such as CBD-isolate products, and in practice, approvals will be related directly to a particular applicant, because this is the only way the Commission and EFSA will satisfy themselves of safety for consumer.

“Despite the EU Regulations’ intention to allow generic approval of new foods in the EU, CBD will in practice require an applicant-specific approval, given its controversial status in the minds of regulators,” the CBD-Intel report adds.

The report, CBD as a Novel Food: the future for edibles in Europe, is available from the CBD-Intel website as a standalone item not requiring a subscription to the site.

Meanwhile, a German company is still waiting to hear from the authorities more than two months after launching new CBD products that could be considered food supplements. Düsseldorf-based MH Medical Hemp launched its CBD Gold 2% oil in Rossmann drugstores across the country. Its chief executive, Joscha Krauss, told CBD-Intel that sales are booming and that the authorities are aware of the product being on the market.

MH, which is selling the CBD oil under its Phytalize brand, is now waiting for German authorities to weigh in on whether they believe it is in violation of novel food guidance that member state authorities have been stringent in applying as well as for the European Commission to decide whether hemp extracts are a narcotic before following through on any further product launches. Immediately after the release of CBD Gold in June, food inspection authorities sent a letter to MH saying they had taken samples for further inspection. “We have not yet heard back from them,” Krauss said.

MH has now put its plans to market CBD Gold 2% capsules on hold “as we are awaiting the EU Commission decision on hemp extracts being a narcotic”, he added. In the meantime Krauss is receiving positive feedback for Phytalize’s oil.

“We have received consistently positive feedback both from Rossmann itself and from customers,” Krauss said. “People like the pump spray, which allows precise dosing, as well as the taste and colour of our product. Sales have been above expectations.” In addition to good sales numbers, MH receives calls for testimonials and positive feedback “on a daily basis”, he said.

The 30ml bottle of CBD oil (containing 600mg of CBD) is selling for €29.90 and is said to be a “broad spectrum” oil, excluding THC, made from 'traditionally produced' hemp extract derived from leaves and seeds.

Krauss believes this will work in the product’s favour when it comes to determining whether it is a novel food.

“The idea was to keep the CBD level at or below the average naturally occuring level as we see it in industrial hemp plants in the field,” Krauss told CBD-Intel. “We consider naturally occurring cannabinoids in the whole plant extracts as traditional food or ingredients in supplements.”

Interested in reading about the future for CBD edibles in Europe? As long-term content partners, CBD-Intel is offering Vitafoods Insights readers 10% discount by using CBDNF10 at the checkout. CBD-Intel provides impartial, independent and premium market and regulatory analysis, legal tracking, and quantitative data for the worldwide cannabidiol (CBD) sector.